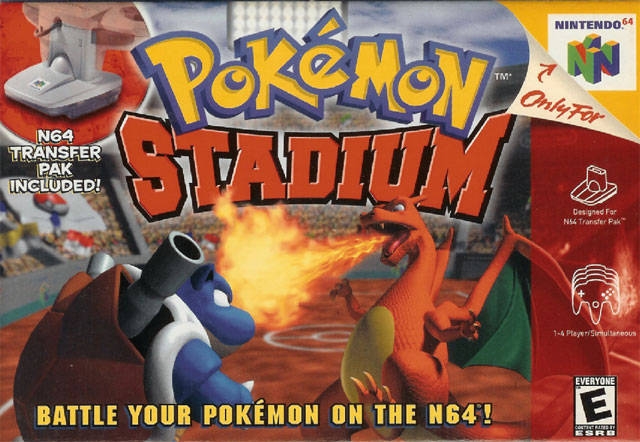 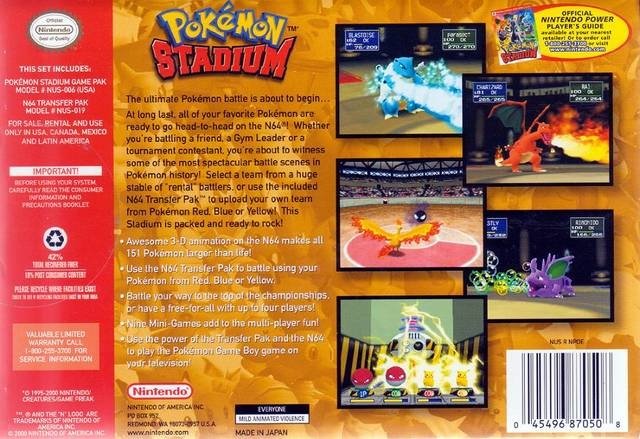 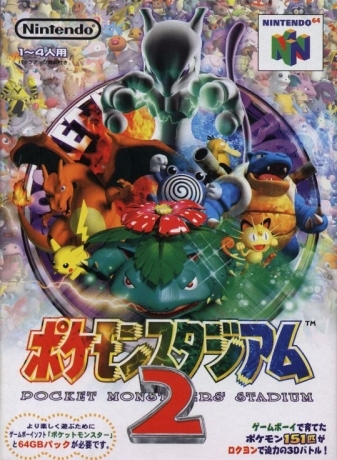 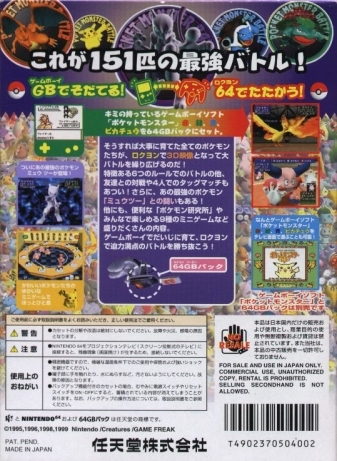 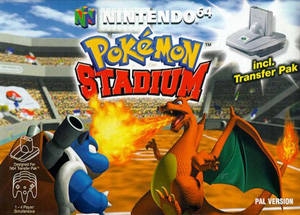 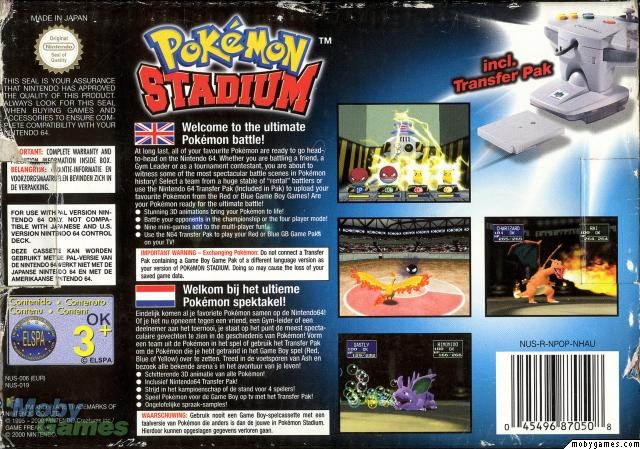 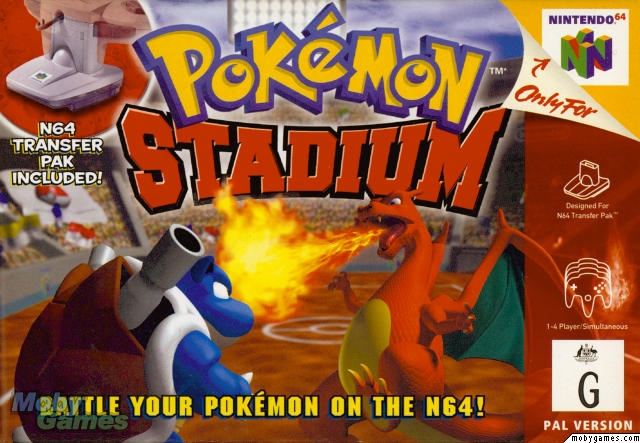 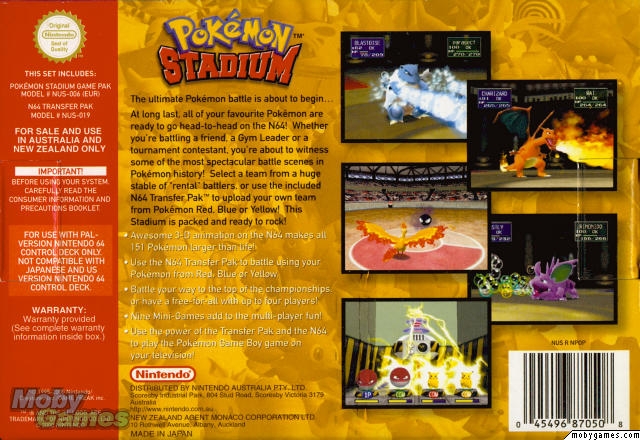 Ever wanted to see your glorious collection of Pokemon in full 3-D? Well now you have the chance.

Pokemon Stadium allows Pokemon Red/Blue/Yellow owners the chance to fight Pokemon battles on their televisions, allowing you to transfer your collection onto your Nintendo 64 and fight in a huge arena. Seeing your Pokemon in a much larger form is spectacular, and each attack you've given your Pokemon can now be viewed in glorious colour, with every single move animated.

Fan favourites such as Charmander, Pikachu and Blastoise can now be seen in their full glory, and you can take your team into battle against a friends team or against a selection controlled by the computer.

As well as the customary battles, there are a selection of mini-games for you to enjoy, with the highlight a game where you have to devour a selection of food dishes on a moving rail, dodging the undercooked meals as you try to rack up a high score.

Pokemon Stadium is exclusive to the Nintendo 64.