Dragami Games has announced a remake of Lollipop Chainsaw is in development. It will launch in 2023.

"Lollipop Chainsaw was born as a result of Suda 51 discussing creating a new game with me. I saw great potential in Grasshopper Manufacture‘s proposal, and just one month after Kadokawa Games was founded April 2009, we started the development project on Lollipop Chainsaw, in May 2009.

"As Suda-san was very busy handling development on other projects at the time, I served as director and producer, creating a joint development team consisting of staff from Grasshopper Manufacture and Kadokawa Games, overseeing development directly. Suda-san looked over the game design and supervised the project as an executive producer.

"In January 2010, the aid of a friend of mine working at Warner Bros. led to us successfully grasping a chance with the Warner Bros. greenlight committee, and Warner Bros. thus becoming the publisher for the game in all regions outside of Asia. Furthermore, a Warner Bros. senior manager suggested that we have the game’s script rewritten, and that we leave it to film director James Gunn, which we gladly agreed to.

"All of this good fortune resulted in Lollipop Chainsaw, which released in June 2012, being loved by many players all over the world, selling over a million units worldwide.

"Unfortunately, various factors resulted in things making it so that fans can no longer easily play Lollipop Chainsaw, and it has been some time since players have not been able to access the game on current consoles.

"We, the original development staff on Lollipop Chainsaw, think of the game as very precious to us, and did not want to leave it in limbo, where players who want to play it cannot. As such, we purchased the Lollipop Chainsaw intellectual property from Kadokawa Games, and decided to develop a remake. We have already contacted Warner Bros. about development, and are being supported by them in this endeavor.

"One thing that we have to tell fans of the original game is that even though the original staff are working on the remake, there will be elements that are different from the original. For instance, the original game had 15 licensed songs used in the soundtrack, but it is unfortunately difficult for us to implement all of them this time. As a result, aside from a few licensed tracks, the soundtrack will consist of new music. Additionally, since we have access to consoles with higher specifications, we will be taking a more realistic approach to the graphics this time.

In any case, our goal is to make it easier for gamers who want to play Lollipop Chainsaw to do so. Please look forward to the game’s 2023 release."

I will keep my 360 copy sealed then

Played this back in the day on PS3, gameplay was meh and very repetitive but it was the hilarious dialog that made me finish the game!
So I'll be skipping this and honestly don't see the point in releasing this again

"Additionally, since we have access to consoles with higher specifications, we will be taking a more realistic approach to the graphics this time".

Maybe it's just me, but every time I hear "realistic graphics" I get reminded of the greys and browns of the "realistic" PS360 days. Consoles have so much power nowadays and so few games push colourful graphics as far as they could...

Still have the original for my 360 and was bummed that it wasn’t added to BC, will check this one out but hopefully they don’t censor anything. 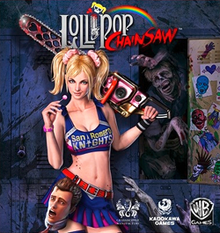 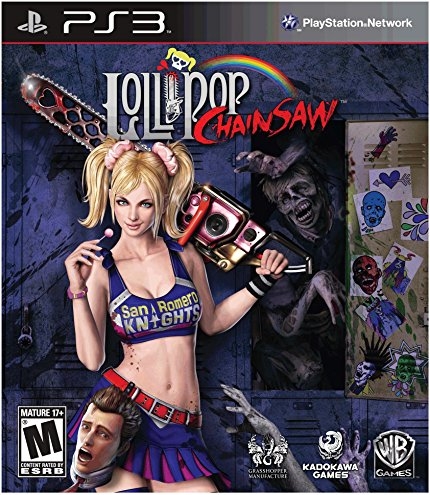