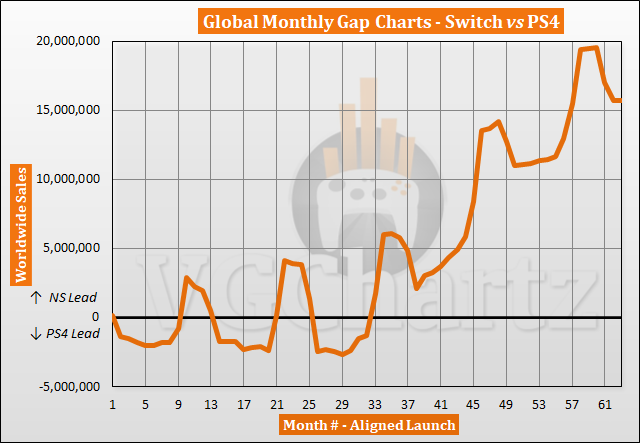 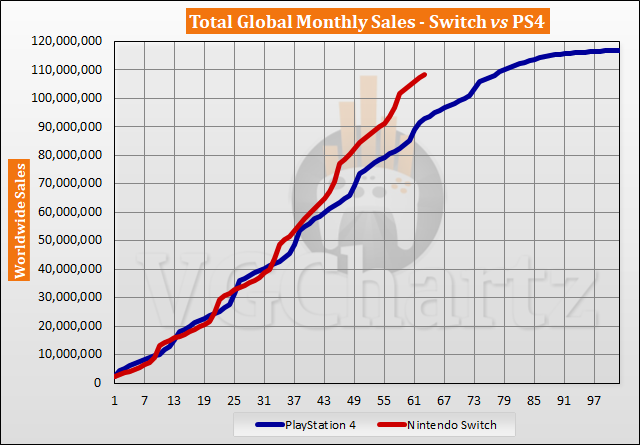 May 2022 is the 63rd month that the Nintendo Switch has been available for. During the latest month, the gap grew in favor of the Switch by just 2,495 units when compared to the PS4 during the same timeframe.

The PlayStation 4 did not reach current Switch sales until month 78 where it sold 109.27 million units.

Nintendo Switch will pass up PlayStation 4 and Game Boy by the end of this November, and be at approximately 128 million come March 31st, 2023.

At that point, it only needs another 32m to reach 160m, easily beating the Nintendo DS and PlayStation 2.

It’s going to be interesting!

This graph shows how guaranteed 135M units is for the Switch. If Nintendo hit their forecast for this FY, the gap will be a massive 20M units. The Switch would have to have a 66% reduction YoY for the Switch not to hit 135M at that point.

Frankly, 150m should be the minimum for Switch as long as they hold off on releasing a successor for at least 2 years. 128m by March 2023 and then I'm guessing about 17m for the next FY, which would lead to 145 million by March 2024. Not that hard to sell at least 5 million consoles after that for the remainder of its life. Hopefully they can hold off the successor until Late 2024 at the earliest (still prefer 2025).

RE2 is the only one I can think of but it isn't really a system seller.

I’m not the best at examining numbers and charts…. But this looks like an exciting race. Those red and blue lines are like 1cm apart! I wonder who will win?!?