Analysts: New PS Plus 'Won't Have the Pull' of Xbox Game Pass, But It is 'Long Overdue' - News

Sony Interactive Entertainment today announced that it is launching an all-new version of PlayStation Plus in June that will be available in three tiers - Essential, Extra, and Premium.

"It won't have the pull of Microsoft's service," said Harding-Rolls. "Where I think Sony will try to be more aggressive is with windowing between release of its new games and them being added to the service, and when adding new releases from third party developers and publishers."

Michael Goodman, director of TV and media strategies at Strategy Analytics, added "Microsoft's chosen that day and date has been a critical factor for their success, and I think it has been. We will have to see how important that is to PlayStation fans. There is certainly an argument to be made that it is not critical. Nintendo has done a great job with Nintendo Switch Online -- it's been wildly successful just being a back catalogue product.

"However, Microsoft's big growth happened when they went day and date. It's worth noting they're not competing head-to-head on this. They're mostly talking to their existing install base."

Goodman did say there is a huge opportunity for growth for PlayStation as PlayStation Now is just five person of the PlayStation console install base, where over 40 percent of the Xbox install base has subscribed to Game Pass.

"40% of their install base is the benchmark [for PS Plus Extra or Premium]," he said. "But even if they get up to 20%, or even 15%, I would make the argument that that would be really successful. Maybe not by comparison, but certainly from a revenue perspective."

According to Goodman and other analysts, Sony combining PlayStation Plus and PlayStation Now into a single service is long overdue.

"Sony is long overdue combining these two products, because that's where the market is today," said Goodman.

"They have created an attractive product. Giving consumers the choice of hundreds of games, and combining the multiplayer is important. It's essentially a price cut for the subscription game-side of things. Instead of having two distinct products at $9.99, one which is really successful in PlayStation Plus, which something like 72% of its install base subscribes to.

"Versus the PS Now product, which something like 5% of its console install base subscribes to. So clearly in the consumer's mind, the current Now product has not had the value for consumers.

"Adding in hundreds of games, integrating the online part, and cutting the price... it greatly enhances the value." 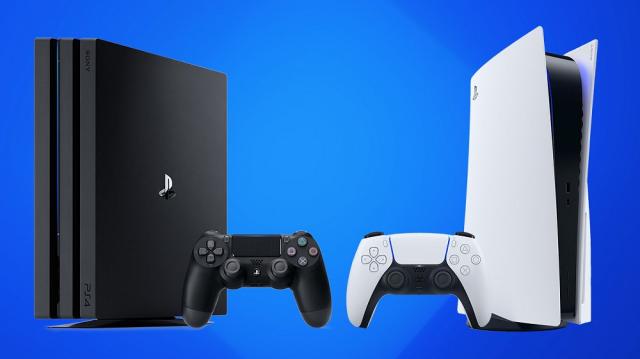 IDC's Research Director of Gaming Lewis Ward said, "The bottom line is that the revamping of PS Plus is overdue and a welcome change. We expect it will achieve its primary goal, which is to nudge a higher share of PS Plus subscribers into the pricier tiers.

"The nomenclature simplification is pragmatic, although 'Extra' isn't exactly an exciting choice of brands. We'll see if Sony reveals anything about how subscribers break out by tier over time, but it doesn't appear to be a high bar to keep Premium subscribers at or above the four million mark [IDC's current estimate for PS Now subscribers] in 2022, while also landing a sizable new, download-only Extra subscriber base."

"The PS Plus Premium service also won't be available in all countries where PS Plus is offered. The countries/regions without access to cloud-streaming won't be getting Premium but rather a download-only service called Deluxe.

"All these permutations, plus the upgrade path messaging for current subscribers, is bound to generate some near-term and possibly long-term confusion."

Harding-Rolls did say there this gives Sony an opportunity to increase its average revenue per user with the new PlayStation Plus service.

"This is an opportunity to drive higher ARPU [average revenue per user] subscriptions and build on the success of the current PS Plus service," Harding-Rolls said. "It will not necessarily result in many more overall PS Plus subscribers, although adding a content layer may convert more users and reduce PS Plus churn. Overall, it should establish a stronger commercial framework for its subscription catalogue proposition, which over time will allow it to introduce more compelling games into the service.

"Ampere Analysis data shows that Microsoft held 60% share of the Western [North America and European] games content subscription market in Q4 2021. In comparison, Sony held 7% share with PS Now. The Western market was worth $3.7bn in 2021, which was 4% of total spending on games across these regions."

It’s not a gamepass competitor, and it doesn’t have to be. This is a completely sensible consolidation of subscription services into much more clear and easy to understand tiers. I don’t really see any downsides for anyone

Sony already have over 40M subs on PS+, not sure they will inform the tiers on public document (but it is quite possible), and I think PSNow is like 5M subs, so that should increase significantly in the future.
And talking about where the growth for PS+ came it was from putting MP behind bars. And we can't really measure the financial success of GP because MP don't release those numbers. For Sony we will need to see how much their bracket for digital will grow with this merger and if that will impact other revenue sources and if in the end the total will be a growth (which Sony believes it will, if not they wouldn't make it). That is basically the assumption Sony makes when they don't include day and date, the increase in subs revenue would be smaller than the loss of revenue from sales.

Honestly, $120 a year for PS+ along with massive catalog of games isn't a bad deal. But it will feel meh compared to Gamepass.

It's going to take time in order for it to have the same level of pull. You can't always just expect something to have an instant massive pull 100% every single time.

Sony wants profit and does not have trillion to burn.

Agreed entirely. GamePass is still better, but this is a good alternative for PS users. Trials on the highest tier instead of day one releases though, yuck.

Going by the dislike count it would seem people play more demos than actual games!

With nothing really changing, I cannot help but feel like this is nothing but a PR move to get rid of PSNow vs Gamepass comparisons and turn it into PSPlus vs Gamepass, while lumping all three tiers into one count to appease shareholders.

They actually dropped the price of PSnow if you have PS+. I'll be signing up once the changes are made so whatever the reason for it was they got me as a customer.

What do you mean they dropped the price if you have PS Plus? Are you saying that it is currently discounted for Plus members or suggesting that tier 3 (which is basically PSNow+PSPlus) is somehow cheaper than just getting the two services together as it was? Please elaborate.

PSNow was already 60 usd for a year, as was PS Plus. So if you are talking about the overall price then no they did not drop anything. It still costs 120 usd for a year of tier 3, just like it cost 120 usd for PSNow and PSPlus combined. The only difference is that it is now locked behind PSPlus, and the option to just have PSNow was removed.

Yes but I'm talking about the playstation plus extra tier. Which makes PSnow cheaper than it was.

It doesn't because tier 2 is only half of what PSNow currently is. To get fully get PSNow, you have to pay for tier 3.

Tier 2 is good value for what it is, don't get me wrong. But it isn't a price cut for PSNow because it is only half of what PSNow was.

That's a massive gain right there over current ps now

That is something that Sony had been talking about putting on PSNow for years. Supposedly, they were coming regardless so to me nothing has changed.

Now your just being unreasonable. So even the actual changes they are making dont count because they've been talking about it for a long time? Also because they were coming anyways based on nothing but pure speculation?

It wasn't based on speculation, it was based on Sony's actual road map for PSNow.

Do you have a link? Cause I couldnt find it when I googled it.

This was announced all the way back in 2015. What you call adding value, I call finally delivering on something that was announced over half a decade ago. PSP games are new though, I give credit for that.