Sony Interactive Entertainment's Japanese division has filed a patent, which was spotted by VideoGamesChronicle, for what appears to be a PlayStation mobile controller.

The drawings in the patent show a controller that looks more like PlayStation 4's DualShock 4 controller, rather than PlayStation 5's DualSense controller.

If Sony were to release a controller with the middle section that can fit your smartphone it could be used to play PlayStation games using Remote Play or even possibly the cloud. 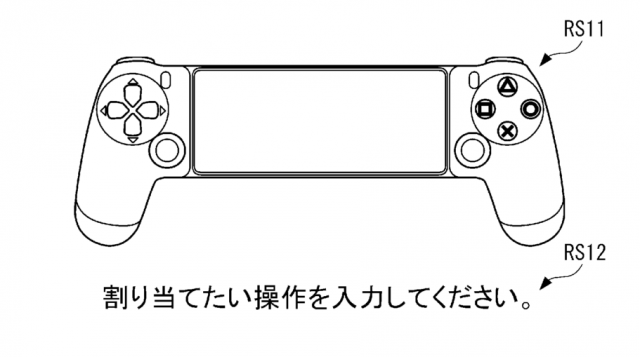 There are similar third-party controllers that can be used with your smartphones to stream Xbox games.

Sony Interactive Entertainment did recently hire Nicola Sebastiani, the former Head of Content at Apple Arcade, as the Vice President Head of Mobile at PlayStation Studios.

Sony Interactive Entertainment CEO Jim Ryan earlier this year said the company has been experimenting with mobile games as it is an area they can reach "millions of gamers" outside of the PlayStation ecosystem.

"The content developed by PlayStation Studios these past 25 years has created a wealth of IP and provided PlayStation with immersive experiences that evoke emotions and bring players on a journey," Ryan said at the time.

"We have been thinking about how players enjoy our content and have had some early success with experimenting with mobile games and apps to provide more choice to gamers. Mobile is just one of the areas we are exploring to reach millions of gamers beyond our platforms."

Probably just one of those controllers for mobile phones.

Probably, but what are they gonna do? Start putting PS games on mobile via cloud streaming?

They already do this with PSNow

Introducing the Playstation U

Sony going all in on PSNow confirmed!, anyone who thinks Sony isnt going to be just like MS after this and their PC releases are surly in denial at this stage.

its an updated joycon .

Since my reply seemingly lacked nuance I will resort to hieroglyphics😜 damn where's a proper tongue in cheek emoji when you need it.