The Xbox Series X|S has hit a new milestone in Japan by outselling lifetime sales of the Xbox One, according to the latest Famitsu figures.

Up next for the Xbox Series X|S, is the original Xbox, which sold nearly 500,000 units. The Xbox 360 was the most successful Xbox console in Japan with lifetime sales of 1.6 million units. 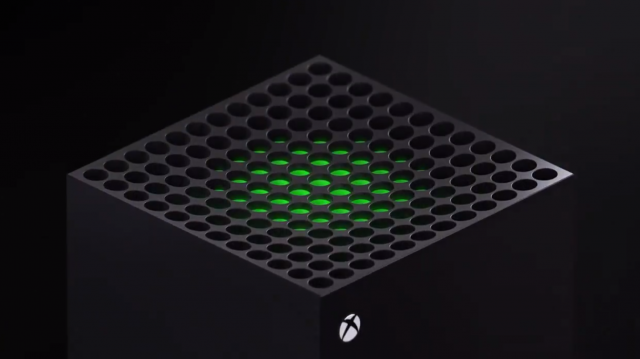 It will be an uphill battle for the Xbox Series X|S to outsell the original Xbox and especially the Xbox 360.

Congrats! I think outselling the OG Xbox is pretty safe. Assuming a gen that lasts 7 years, and if it manages at minimum 100k/yr, then yeah it is doable. Even a million is doable considering the shortages have affected the supply, and the big Xbox games will be coming in the coming years. A Forza Horizon 6 is in Japan like rumored, would greatly help.

The OG Xbox's feat in Japan is pretty decent given it was on the market a relatively short period of time (February 2002 launch, Xbox 360 launching in Japan December 2005). The Series X|S will probably beat it in lifetime units sold, but maybe not average unit sales per week.

And I'd love a Forza Horizon 6 set in Japan!

what a great idea! Microsoft id give this a shot if i was you.

That's certainly massive increase of attention in Japan. I guess it shows MS doing things right has an impact everywhere.

Wow, I had no idea that the Xbox One had only sold 115,000 units lifetime in Japan. It seems so crazy how low that is.

Yeah. I was starting to wonder if they would even continue selling Xboxes in Japan at how much sales declined each generation.

The Xbox One was the first sales decline. The Xbox 360 increased in Japan over the OG Xbox.

I actually thought I made that mistake after I made the comment but didn't double check after. But either way, it's good that they're making a dramatic improvement.

And in fairness to your original comment, the Xbox 360 was on sale quite a bit longer than the OG Xbox in Japan (and everywhere else, of course). But it did about 3x the numbers in Japan in about 2x the time, so it still appears to be an unqualified improvement over the OG Xbox there.

Very happy to see! Although I'm curious whether they're seeing the same thing as PS5 where a notable portion of hardware is suspected to be going to its asian neighbours

Small mistake: "what the Xbox One tool seven years to sell." should be took not tool.

Great, although still poor relative to the X360. The latter had JRPG games though, guess MS don't want an Odyssey 2 or whatever.

Agreed, but a genuine effort was made to push the 360 in Japan. And it was a waste of resources in regard to the userbase it acquired.

However, good things that came from it was better Japanese support and Lost Odyssey.

Either way, Japan sales are not important for Xbox. Even Sony isn't that interested in Japan.

Too bad, fancied another Blue Dragon as well. Perhaps MS should try and remake/modernise both

If MS wants to build some hype around Blue Dragon and Lost Odyssey, a simple remaster along with Switch ports would create some hype. They could easily find a studio to handle it, but they won't bother.

Not just JRPGs, the Xbox 360 was a bit of a cult hit with the "bullet hell" shmup crowd too.