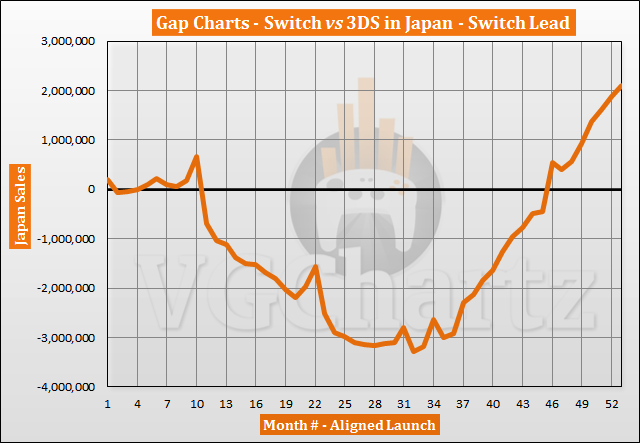 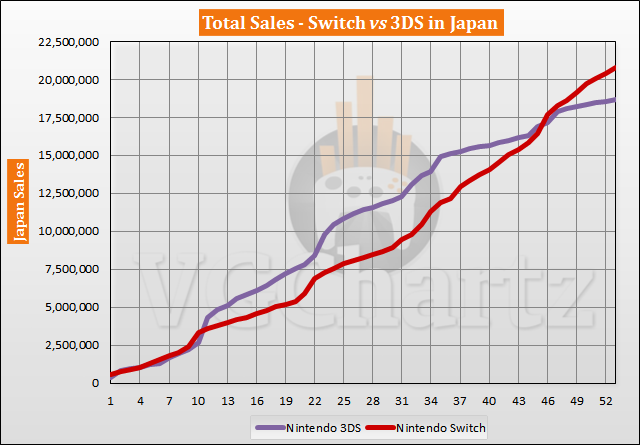 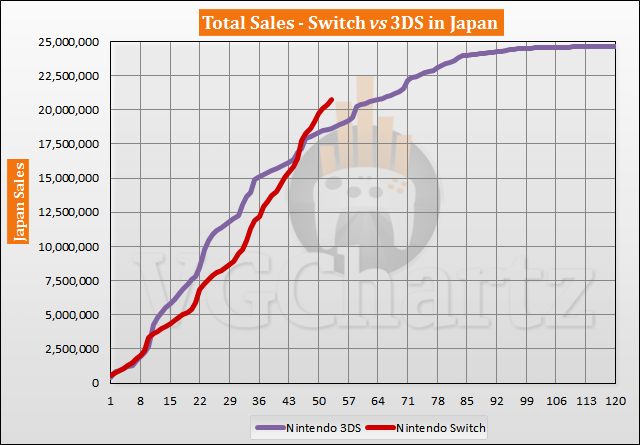 The 3DS has sold 24.66 million units lifetime in Japan through July 2021. The Switch is currently 3.90 million units behind the lifetime sales of the 3DS.

This is over already.

Looks like Switch is on track to overtake 3DS around November next year.
I would love to see the momentum continue so it becomes the 3rd console to sell 30 million in Japan.

Probably even earlier than that, at the end of the year Switch should be at around 23.5M, and there's just a bit more than 1M to go from there

Switch will have surpassed 3DS latest March 2022 I think.

The 3ds really had good momentum for the first few years. But there's no stopping the switch now. It should land around 30-35 million lifetime. 40 million tops.

Strange. I had it on good authority that the Switch aligned sales would never catch up with the 3DS in Japan, hence the Switch is a flop.