Are you the type of person who enjoys a good bet but doesn't necessarily want to risk their own money? Well you’re in luck, because we've scoured Steam and the internet to find the best casino video games. Each of these games has, at the very least, very positive user reviews, so they've been well received by the Steam gaming community, and a few of them are even free!

Anyway, we’ve wasted enough of your time enticing you to read on - let’s check out the games. 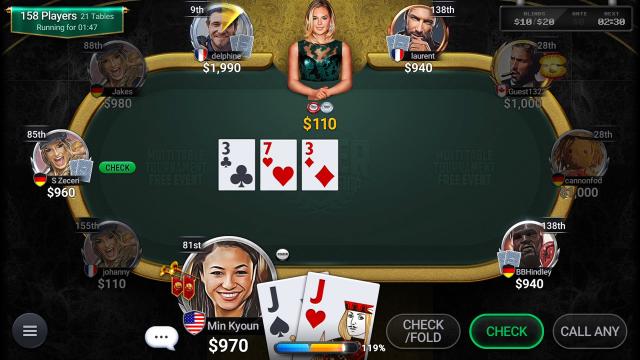 Poker Championship is a slightly more traditional poker experience that more closely mirrors the games found at browser-based online casinos like Duelz Casino. Indeed, it styles itself as being the most authentic Texas Hold'em poker game on the market.

A free-to-play title, it includes massive multiplayer competitions (with up to 500 players), a world tour system with player rankings, a wide range of tournaments, stat tracking, and continuous play across all of your devices, including PC, mobiles, tablets, and even your TV. 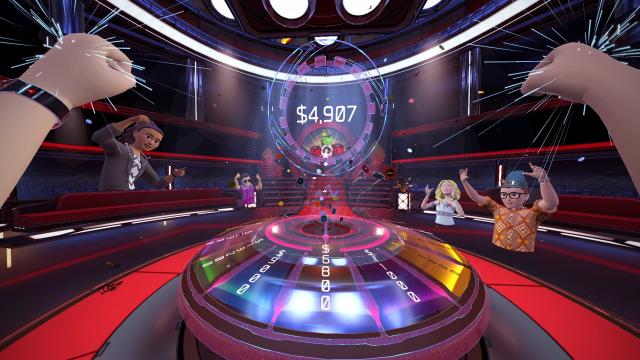 PokerStars VR is another free-to-play pick. An Early Access title, it currently offers a robust online multiplayer poker experience set in various different exotic locations, including a Wild West saloon, a luxury yacht, and even a futuristic space station.

What sets this title apart from other similar casino games is that, as you might have guessed from the name, it's a VR game. That means you experience all of varied locations and multiplayer interactions first-hand, in the most immersive way possible. 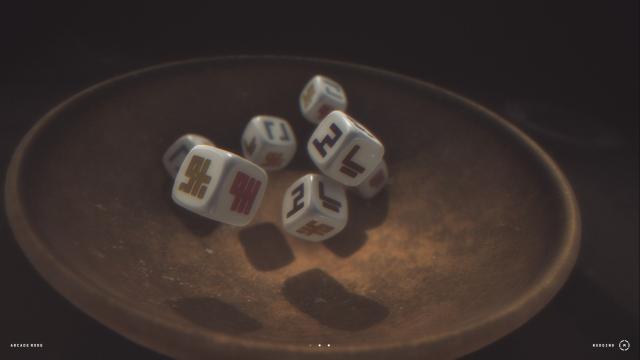 NKODICE is a video game adaptation of the classic Japanese dice game Chinchirorin. What really elevates NKODICE though is the way it leans into its traditional Japanese influence, adopting an eerie post-war vibe with its recreation of a Japanese gambling hall, and making good use of classic Japanese music.

It's been incredibly well-received, with a 96% positive rating on Steam. So if you’re looking for a gambling experience that's also culturally edifying then NKODICE is definitely the way to go. 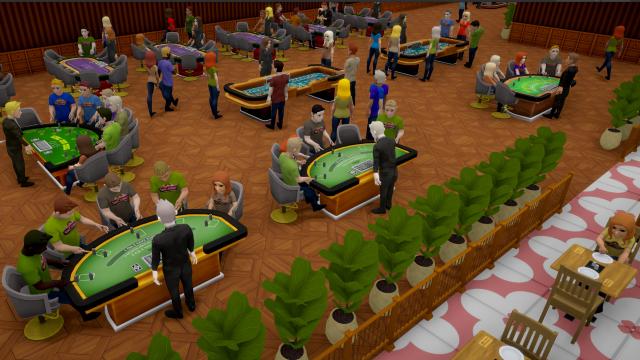 SimCasino is modelled after classic sim empire builders, like SimCity, Rollercoaster Tycoon, and Theme Hospital. The goal is to construct and then manage your own casino empire, building up your casino, setting the odds, trying to keep customers happy, and being alert for potential cheats.

You can micro-manage every little detail, from the floor styles to the bar-top materials used, or zoom out to the bigger picture and watch your casino run itself, making SimCasino perfect for those who've always wanted to be on the other side table, running the casino and hopefully turning a profit. 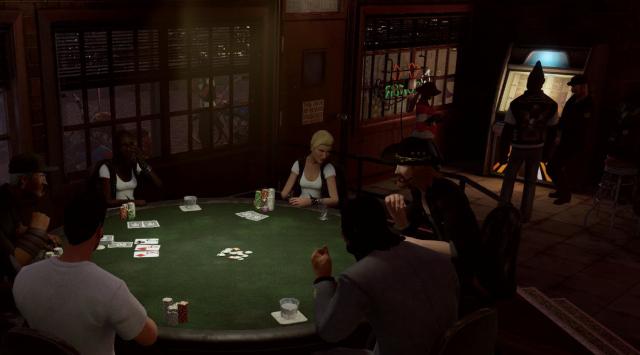 Prominence Poker is a poker game with a slight twist - it boasts a solo campaign set in the fictional city of Prominence, a gambling paradise founded by crooked folks looking to go straight, and you have to take on four factions and try to play your way solo to a final showdown with the sinister 'Mayor'.

Of course it also features a deep multiplayer experience, including regularly scheduled events, daily challenges, tournaments, and ranked modes, so if you want a poker game with a fleshed out solo mode and multiplayer options then this is the game for you.

So there you have it, five of the best casino-based games currently available on Steam. That's just a small taster of what's on offer though - there are dozens of other options on the storefront, as well as tabletop titles, slot machines, and card games, so you should easily be able to find something to your tastes.