The Legend of Zelda: Skyward Sword HD Debuts in 1st on the French Charts - Sales

The Legend of Zelda: Skyward Sword HD (NS) has debuted in first place on the French charts in week 28, 2021, according to SELL. 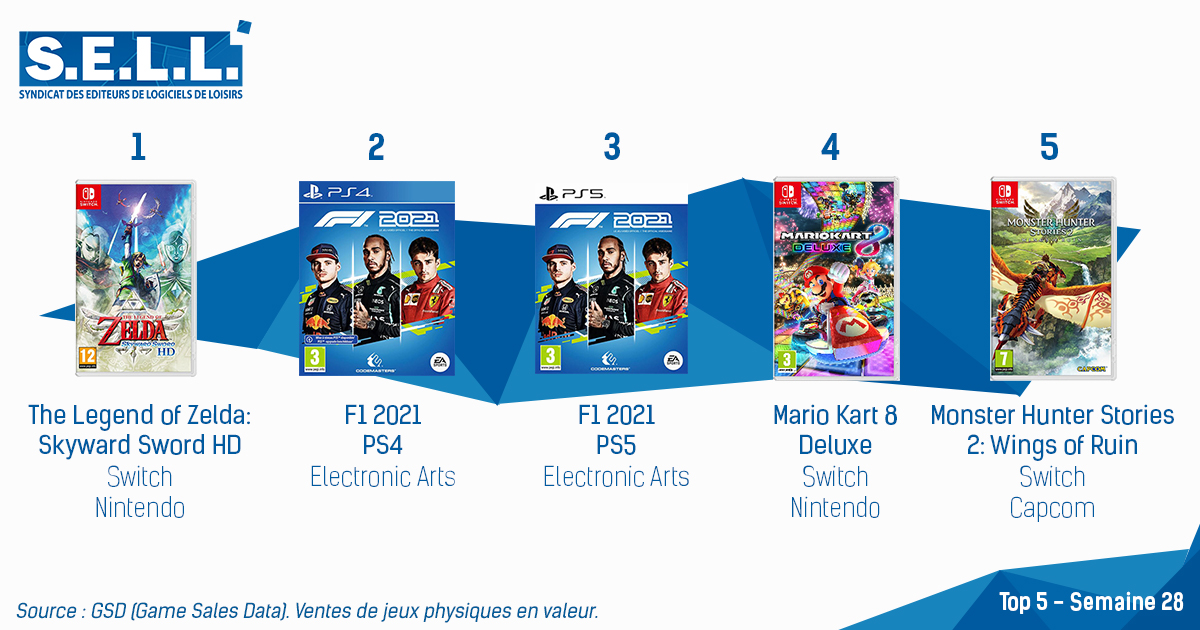