As far as sound business plans in the gaming industry go, I’m not sure that releasing an exclusive on a largely failed and discontinued console in 2020, updating it for free in 2021, and then releasing a further exclusive to mark the deadline for new game submissions on said machine is a sound one. However, given the rise of the indie market, such business plans can exist, and it's one that Gumbo Machine has decided to follow. Ultra Mission is the second title from this independent developer for Sony’s handheld, following Battle Rockets. Much like its predecessor, Ultra Mission is a mostly technically sound effort that quickly devolves into repetition and frustration over anything else. 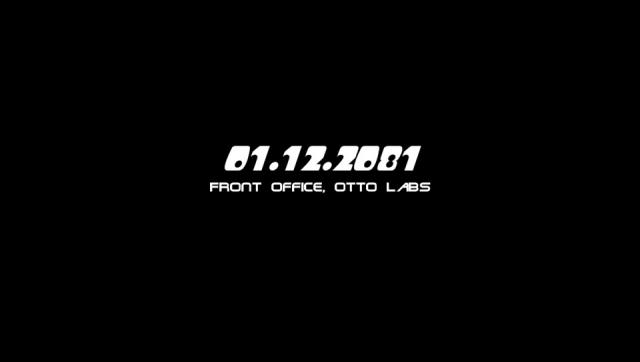 The title Ultra Mission made me think of Impossible Mission and indeed I do feel that the experience here has been inspired by that franchise's old Commodore 64 titles. This is a single-screen action game where you play as a secret agent infiltrating ‘Otto Labs’ in the year 2081. You’re not given any more information about who you are or why you’re doing this beyond the initial text screen above - in fact there's more information in various Tweets by Gumbo Machine than the actual game itself - but I treated that as a nice retro throwback and didn’t get too hung up on the lack of narrative. Ultra Mission is a fast-paced, screen-clearing, arcade-inspired offering at its core and it makes no attempts to hide this.

Graphically it's as bare-bones as they come, but I do like how colourful everything is – enemies you’ll fight include red robots, yellow tanks, and white skeletons, making it easy to tell everything apart, while the walls are a brighter blue, so there's a sort of primary coloured smorgasbord of light. The game also ran smoothly for me throughout, with no crashes, frame dips, or glitches. Given it’s in the final batch of Vita games that rushed to meet the deadline, that's no easy feat – other titles I’ve reviewed, such as Witchcrafty, didn’t have quite the same level of care put into them. 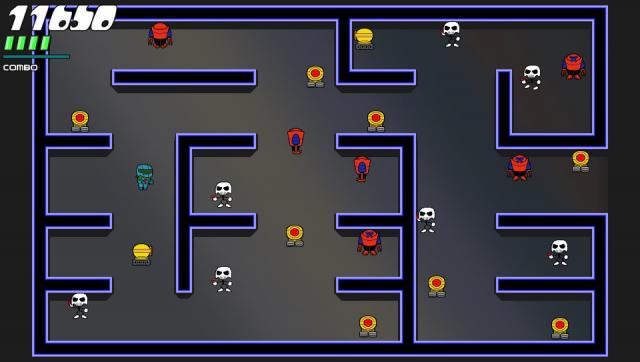 Unfortunately, that’s about as far as I can go in terms of praise for Ultra Mission; it's not an enjoyable title to play, instead reminding me of the hobbyist games for the Net Yaroze (although that does make it rather nostalgic for me). The basic gameplay involves moving through single-screen mazes as the secret agent, shooting enemies that get in the way and trying to make it to the exit. You’ll die if you touch the walls, touch an enemy, or get shot, and although you’ve got a fairly abundant number of lives, early on you’ll find yourself burning through these as you get used to Ultra Mission’s eccentricities.

For one, the controls just don’t feel quite right – I’d almost describe them as slippery, as I found myself bumping into walls I felt I was nowhere near and generally didn't feel as in control as I’d have liked. You can’t see what direction you’re aiming to fire shots in either, as although the sprite changes directions when you’re walking, it doesn’t do the same when shooting. This meant I was often missing unexpectedly. There is an option to stop and aim by holding circle, but this is hardly a solution when enemies move in schizophrenic patterns that seem to have no logic to them at all (although this crazy movement does come in handy when they walk into each other and explode, saving you the hassle of having to stop to shoot). 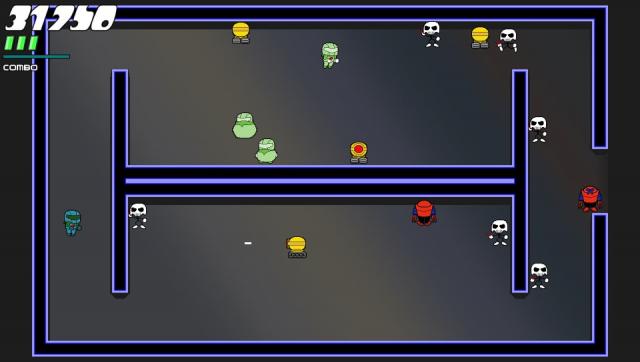 There are a small number of different types of foes to face, from quick-shooting skeleton men to exploding commandos, the latter eventually culminating in one room where I watched them all self-destruct while I simply walked straight through. To stop you dawdling too long, a yellow bouncing exclamation point will start kamikazeing towards you, unleashing a storm of bullets. It also awards you health, which I didn’t realise until later on as the game never explains this, so it can be used for some strategic takedowns of enemies as a result, although you won't really need to use it for this purpose.

Ultra Mission contains 20 levels and admittedly it took me a while to start making progress through them, but once I got used to its rhythm and quirks I starting blasting through the game... only to discover that it resets back to level 1 once you’re done. Sadly, enemy placement isn’t changed upon replaying the game, making it rather pointless to work through again. A bit of randomisation on subsequent runs would've gone a long way here. Worse still is the fact that the Trophies tied to beating the higher levels are broken and don’t pop, meaning you’re locked out of the rather lovely commemorative platinum. This makes it another victim of Sony’s decision not to accept new Vita submissions, because it can no longer be patched. That's a real shame, but something that's obviously now beyond the developer’s control. 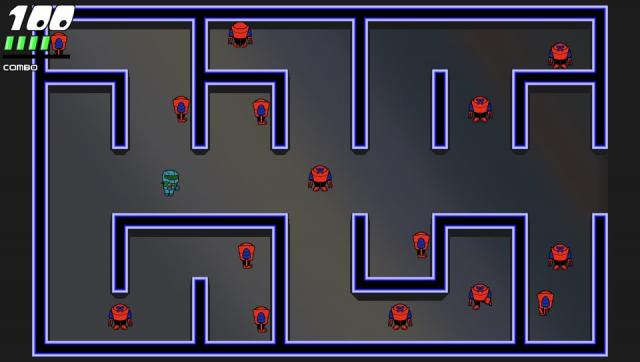 I also have to take a moment to talk about the audio, which consists of very repetitive music and robot voices that sound like someone talking into a poor quality microphone. Again this does lend the game a sort of Net Yaroze charm for me, but it’s just another aspect of the title that’s really not up to snuff. Let me stress that there were a few moments when I got into the flow of Ultra Mission and had some fun, but this is a title that needed a lot more work before it was ready for release.

I tip my hat to everything Gumbo Machine has done in the final years of the Vita’s life, culminating in the release of Ultra Mission on the handheld’s final day. The idea of a cheap throwback shooter is a good one and there are moments when the game clicks and offers some fleeting enjoyment, but I fear my tolerance for it may be tinted more by nostalgia than anything else. Being more objective, I would have to say that Ultra Mission really isn’t worth your time or money. 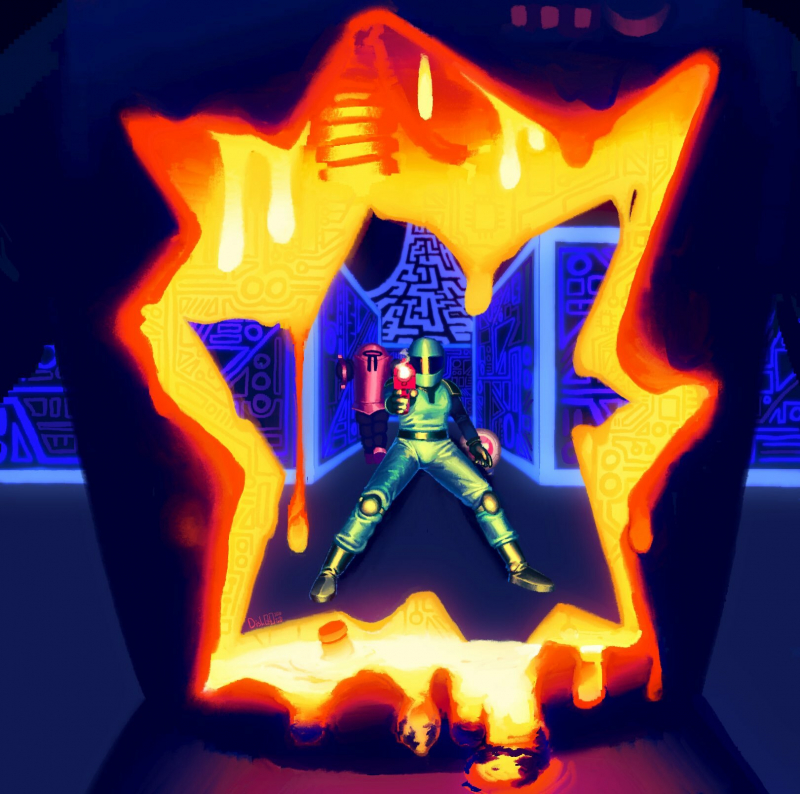