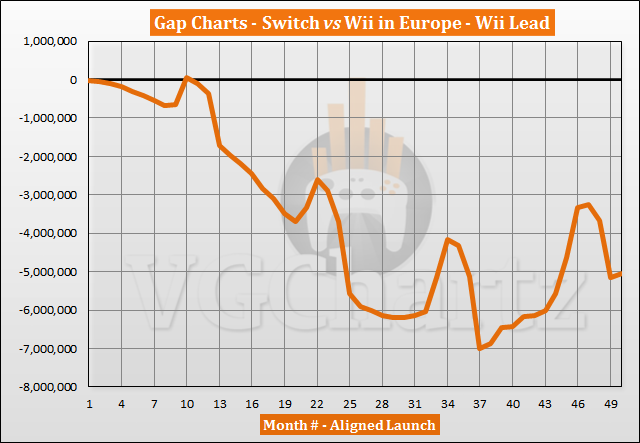 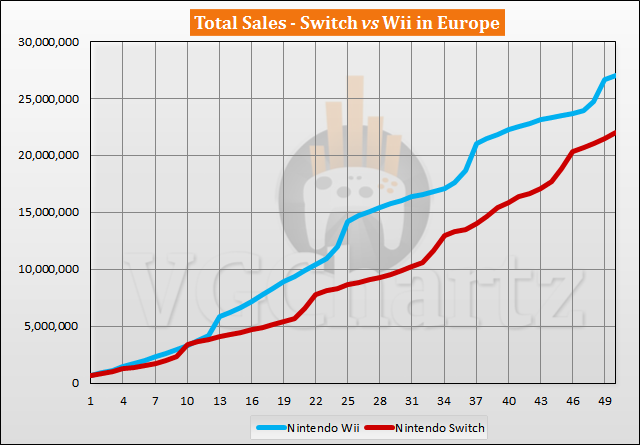 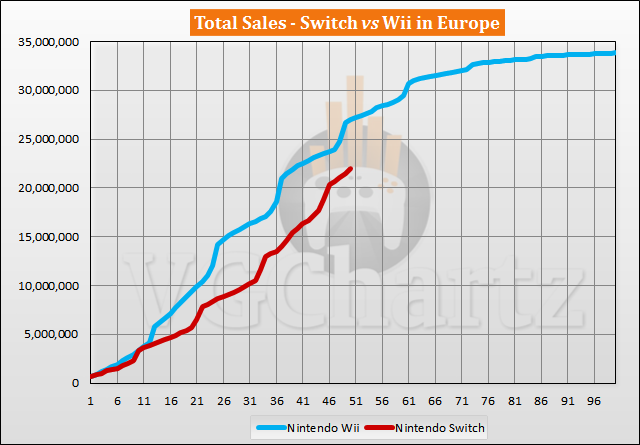 April 2021 is the 50th month that the Nintendo Switch has been available for in Europe. During the latest month, the Switch caught up by 115,687 units when you align the launches of it with the Wii. In the last 12 months, the Switch has outsold the Wii by just 1.84 million units. The Wii is currently ahead of the Switch by 5.04 million units.

The 50th month for the Nintendo Switch is April 2021 and for the Wii it is January 2011. The Switch has sold 22.01 million units, while the Wii sold 27.05 million units during the same timeframe. The Wii sold current Switch sales in month 40.

The Wii sold 33.88 million units in Europe during its lifetime. The Switch needs to sell another 11.87 million units to outsell the Wii.

2011 was the last good but also a first weak year of the Wii. Switch will catch up from now.

This upcoming holiday season is going to be exciting!

The comeback is on. I foresee Switch matching launch aligned by the end of the year. Will then lose it a bit during Wii's next holiday but it will regain it in second half of 2022 and never look back.

Switch only needs to sell a decent amount for to years to win this one.

The switch will probably win this

DS is just INSANE, the longevity of the switch can be the difference

This is Wii not DS.

What was the cause for the Wii jump in month 54?

My first theory was Wii mini, but that didn't hit until 2012.

Yes UK first price drop in May 2011 (in UK there wasn't a price drop before this due to exchange rate I think, they made a bundle instead)
I think it was also the 2nd price drop in Europe. (from 200Euro down to 150)