The Nintendo Switch is the fifth best-selling gaming platform of all time in Japan, according to ResetEra:

That's a sixth of the population. Crazy

Congrats to Nintendo! 3rd place is basically guaranteed but 1st or 2nd will be tough. although not impossible!

Exactly, I don't see Switch on 3rd place at the end, except if Sony release a Switch Killer or Nintendo releasing Switch 2 on/before 2023.

I'm just not sure if it'll make it much past 30 million before it's discontinued. A price cut will really help to extend its legs, as will the Pro model if it ends up being more than just a rumor.

That seems like a reasonable prediction to me. I do think it'll need at least one price cut to help it get there, which I'm sure it will eventually get once sales slow down.

While I do agree with your analysis for the most part, I'm still rather confused by why you believe that the Switch will be replaced by the end of 2023 other than "Nintendo will do what they have always done." Given the increasing likelihood that we are about to see a E3 games blowout this year, not to mention the release of a new revision, my question to you is, if the Switch is currently receiving better hardware and software support in its 5th year than any other Nintendo console this century, why would it be safe to assume that it will nonetheless be discontinued around the same time?

It's the same thing over and over again. Nintendo said the Switch will have a longer life but still some people think it'll be less than seven years or at
most seven. Launching the successor before holiday 2024 would be a stupid mistake from Nintendo that I don't see happening.

I would be very surprised if Switch wouldn't join the 30m+ club... 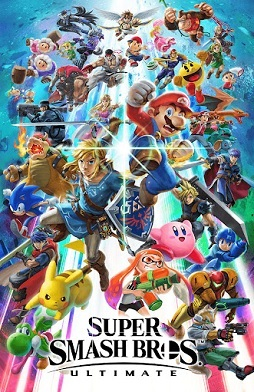