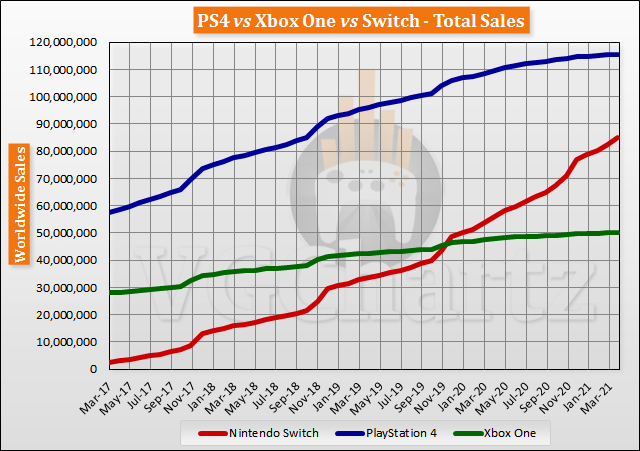 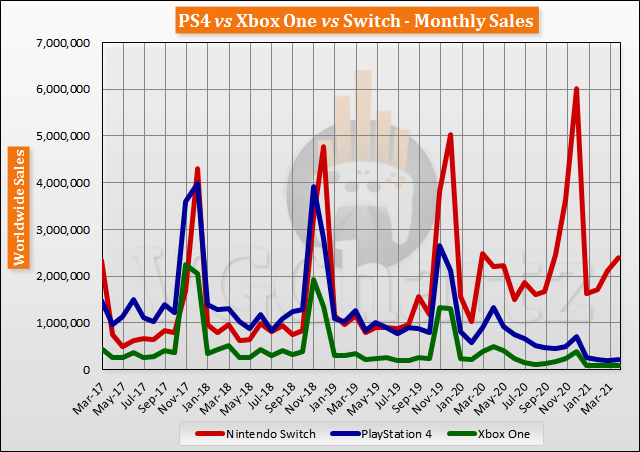 Looking at the marketshare, the Switch managed to achieve 89.1 percent of the monthly sales. The PlayStation 4 accounted for 7.8 percent of the consoles sold, and the Xbox One 3.1 percent.

I really like that you still can see Switch Release month.