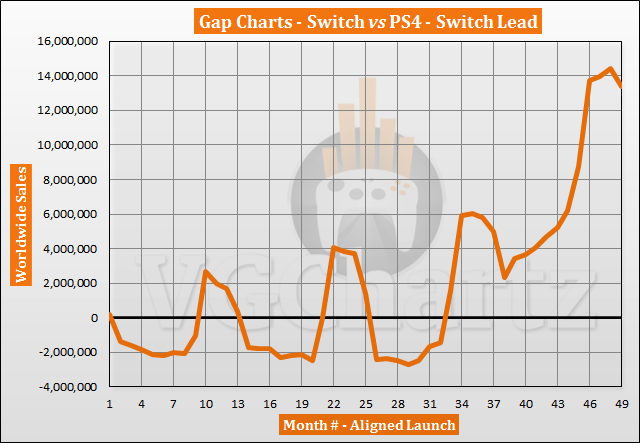 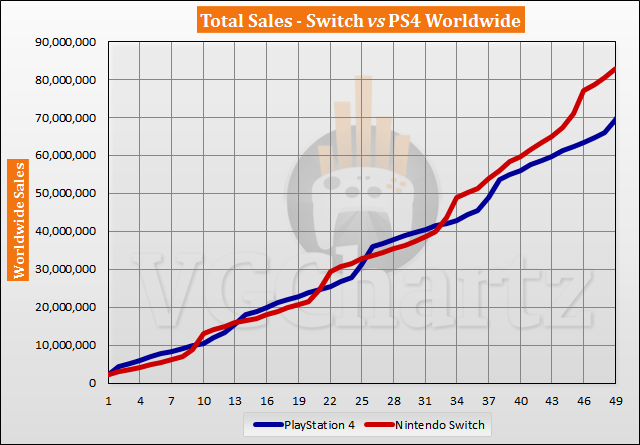 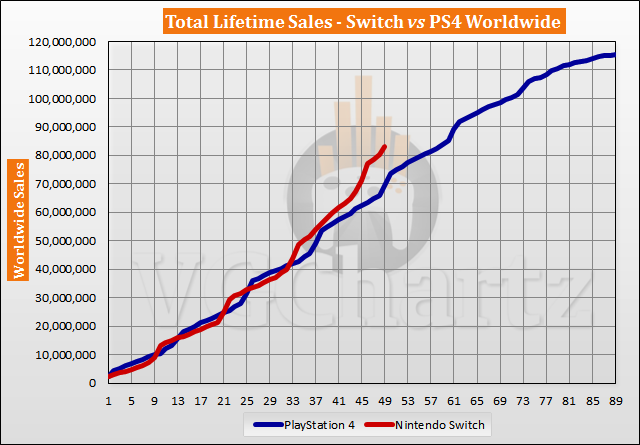 The fact that Switch only lost 1 million in a March vs November battle, knowing November is a really strong month for Sony usually. Switch will keep growing it's lead this year since PS4 peaked in 2017 and Switch is battling for it's own in 2021

Switch will probably have a 40M unit lead when all said and done.

Nintendo Switch should outsell Sony PS4 by mid 2022 I imagine. Keep it up Nintendo :) Eyes on the horizon.

So when does the website update the top left corner's graphs? At the one year mark?