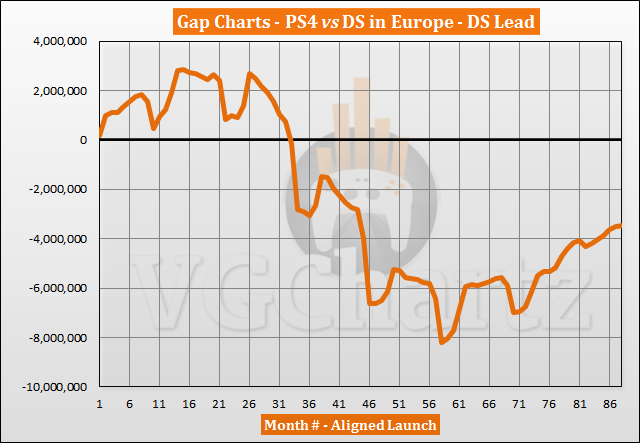 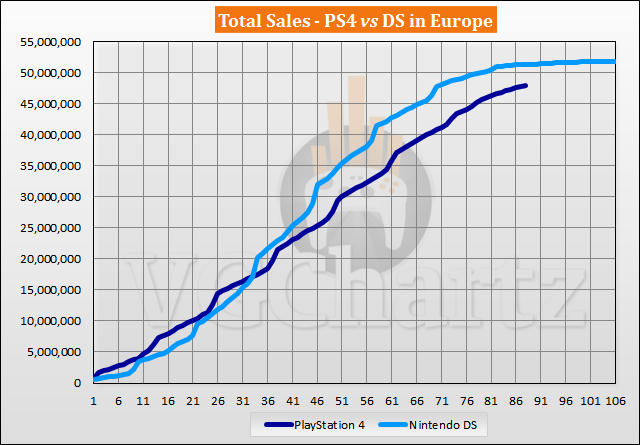 I don't think the PS4 will make it anymore

I don't think so either, but it mostly depends on how long they keep it around. If the ps4 stays on shelves for another 4 years, maybe. They'd have to discount it too which I don't really see happening. But I can't see Sony keeping it around much longer than sometime next year. The ps5 is selling too well to keep the ps4 around. It's already a drop-in replacement for the ps4. So even if someone needed a system to play ps4 games, it's covered.

That's too much for the PS4 to overcome now by this point. But it did very well in Europe either way.

That was a good run.

Too bad Sony cut the legs of the PS4 too soon.

They didn’t even made a holiday temporary cut last year, and the systems, after more than 4 years, are still the same price.

Better to keep the profit high while the last of the ps4s sell though.

And without the discount, people don't have an incentive to buy a 4 instead of a 5.

Good call on their part. Better to start building the new userbase.