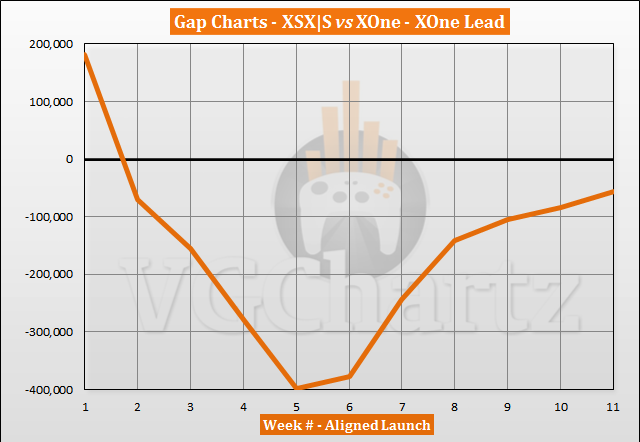 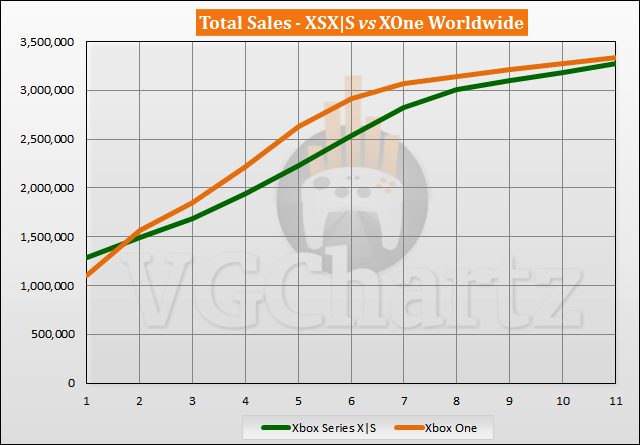 In the main text area you have opposite numbers for each gen compared to the total sales numbers for them above.