Animal Crossing: New Horizons (NS) has retaken first place on the French charts in week 32, 2020, according to SELL.

Ghost of Tsushima (PS4) has fallen from first to second place. Mario Kart 8 Deluxe (NS) is up one spot to take third place, Paper Mario: The Origami King (NS) drops one spot to fourth, and Ring Fit Adventure rounds out the top five. 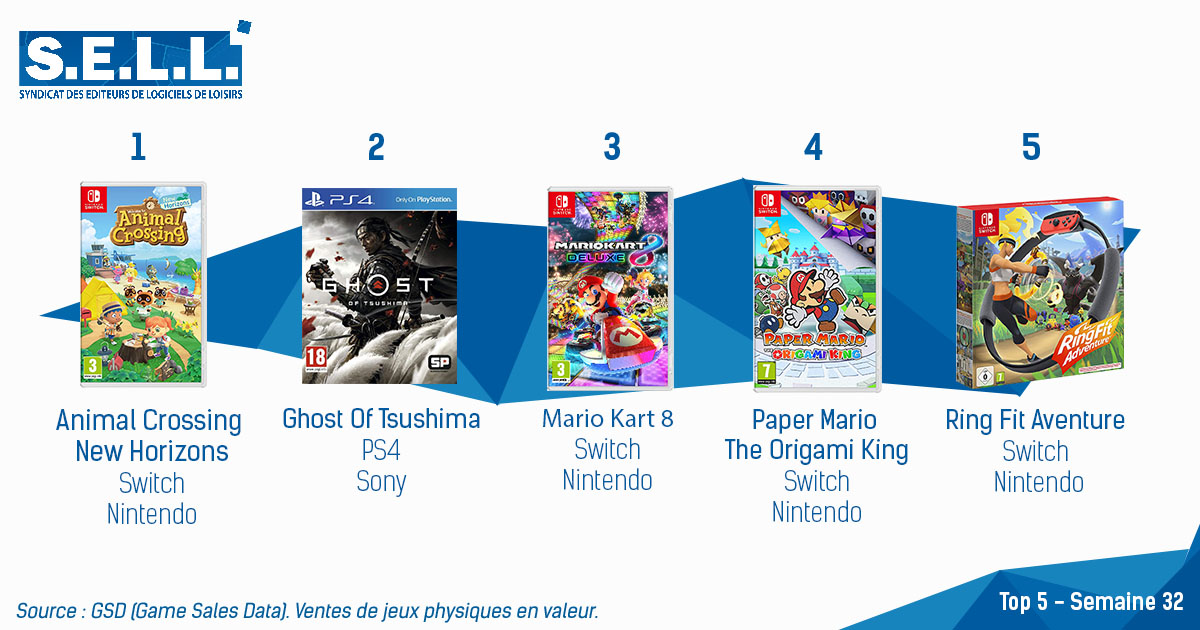 Switch is HUGE in France.

The Nintendo Switch is huge in Uk , Switzerland , Spain , Germany and France

"The Last of Us Part II rounds out the top five."
Huh. The box art is different than I remember.

It's back to normal again