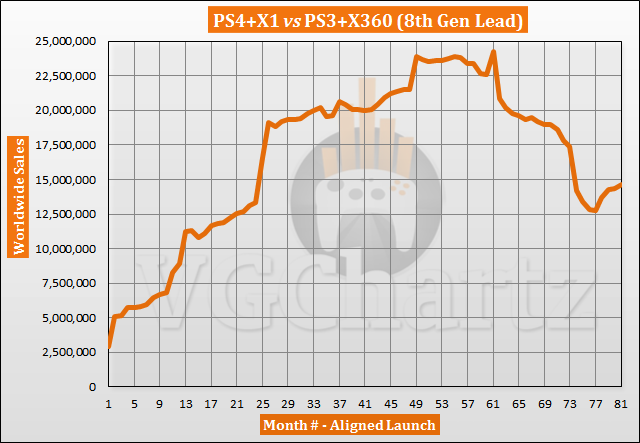 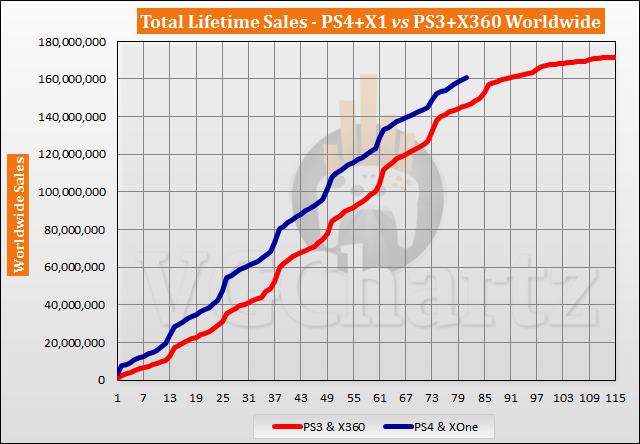 Not really, I mean I'm pretty certain that the Switch will pass the Wii just fine.

That's what he means. If the switch can easily surpass the Wii, adding the Wii U would just be an unfair advantage to the new gens. Just adding the switch would be more interesting. I mean the switch is on track to sell at least 120mil unless a crash happens so the new gen easily wins this

PS3, XB360, Wii and Wii U vs PS4, XB1 and switch (wii u was a technically powerful as PS3 and 360 and was selling until bith if those console completely died (2017) so it more logical int his way also it will be a little more even battle

I think the Covid-bump ‘saved' the 8th Gen here. The trajectory of this graph was going down substantially, but the increase in 8th Gen sales in the last couple of months will now probably cause 8th Gen to have the slight edge on the way to the finish line, even if the chart is going towards trend again later.

From this point to the end of PS3/X360 life, they did around 27 million units.
PS4/Xbone are tracking ahead, the gap is going to continue to growth.

They are really close to the end here. I think the PS4 + xbone win out but their sales are slowing down a lot as well and both companies are producing less of their previous consoles in favour of new gen ones with Microsoft even cancelling some iterations so who knows maybe they stay within the margin of error