Steampunk settings and turn-based strategy games aren't ideas that I necessarily thought would gel well; Nintendo's ill-fated Code Name: S.T.E.A.M didn't paint a particularly strong picture for their future. Yet it seems to be a pairing that's happening more often as indie developers enter the fray. Steam Tactics isn't a game I'd heard of before its transition from Steam to consoles but it's one that should have been on my radar - this is a solidly-made strategy title that hits all the right notes. 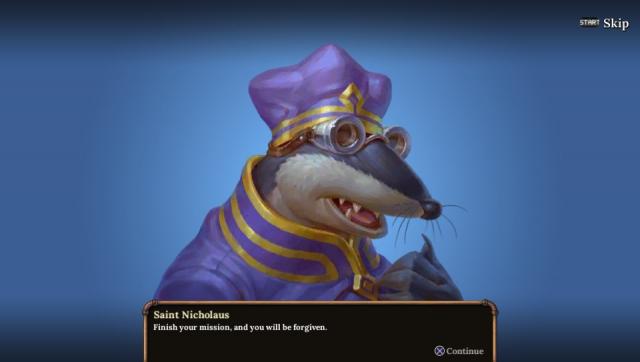 I might as well get the bad out of the way first - the weakest part of the game is undoubtedly the presentation, which is bare-bones and quite obviously the work of a solo developer. Steam Tactics tells its story through static character portrait screens, which don't animate and are quite lifeless for pushing the plot along (there are never even two portraits on the screen at the same time, which gives the impression that they're just constant monologues). The plot itself isn't anything special either, telling the tale of a group of mercenaries who set out to rescue a princess after their king is taken ill, and who subsequently discover a web of political intrigue, sky pirates, and double-crossing.

It's punctuated by anthropomorphic animals with names like "Benedictus Maximus" and "Selva Thistlethorn", so you can quickly get an idea of what it's like, although I did find a few of the plot threads somewhat interesting at points. In terms of the rest of the graphics, the other main element is the ship battles, which take place on a 2.5D grid. It's all very simplistic in appearance (don't expect Fire Emblem or Super Robot Wars-esque anime attack sequences here), but I did find that certain elements could be quite pretty at points, thanks to pastel-coloured backgrounds and different ship designs that change based on how you equip them. Unfortunately, Steam Tactics suffers from slightly long load times and I did have it crash on me once, but these issues never affected my overall enjoyment of the title. 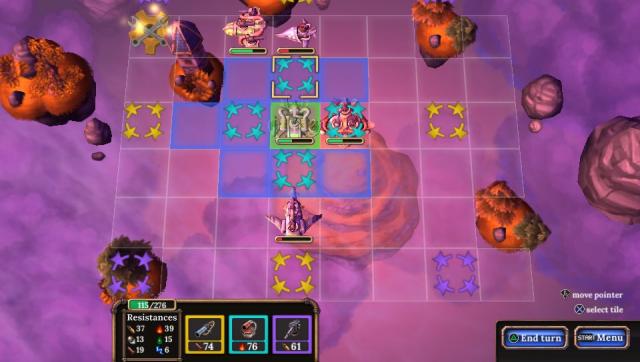 So what is it that makes this game special then? Well, honestly, there's nothing new or innovative here, but it's an enjoyable turn-based strategy package that has an addictive formula that absolutely got me hooked. You play through a series of levels, engaging in very traditional grid-based combat where you get a turn to move your ships (Steam Tactics is based on sky battles between aircraft) and attack, followed by your opponent's turn. The idea is that you employ efficient tactics to maximise damage to the enemy during your phase and then minimise damage to your fleet afterwards.

There's a solid level of customisation available too. You can unlock various different ships, which each have their own strengths and weaknesses, plus there are different weapon types which each have their own range (flamethrowers require you to be in the square next to a foe to hit them, for example, while cannons can strike from afar). All of these can be upgraded to become more powerful with gold and spoils you find after battle, or you can combine them together to make more powerful versions. On top of this, your ship has a certain weight threshold and you can equip up to three weapons on each. 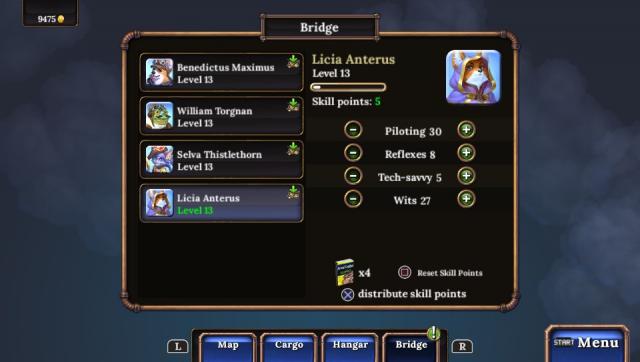 Furthermore, each of the ship captains gains experience points after battle that can be spent increasing their health or specialising in certain areas, which means that despite there only being four playable ships at any one time, you can pretty much individualize them however you like. I chose the route of focusing each ship with a certain attribute, so I had a close-range fighter with two flamethrowers and fast movement, alongside a slower ship with three cannons, but it's equally viable to equip each with a range of weapons to ensure they're useful in any circumstances.

The latter does have its advantages, as there's a counter-attack system at play where being attacked from the range of a weapon any ship has equipped means it can immediately strike back. This works for enemies too, meaning positioning and thinking ahead is key. There are also various things that interfere with the battlefield, such as obstacles, meaning you won't always be able to get the correct angle to attack. There are also attack & defence buff/debuff squares, and randomly spawning health squares, which often appear right next to enemy ships and prolong battles (I'm not a fan of these). 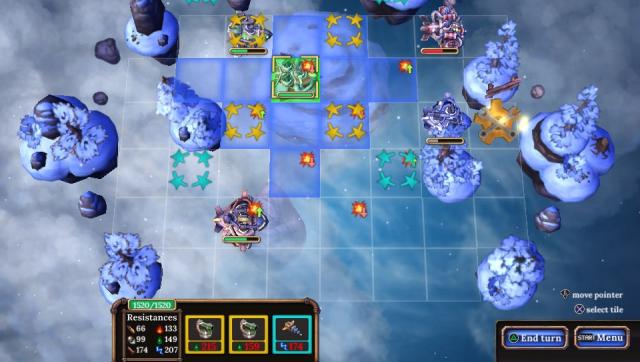 Each level has three different difficulty settings, which provides some nice replay value, although it is a little hard to keep track of which mission you're meant to be doing next. If you simply play through in order you'll find yourself under-equipped, so you'll have to go back and tackle some older levels, but once you're halfway through the campaign and some have been completed on bronze difficulty, some on silver, and some on gold, it becomes a bit overwhelming to figure out where the next sensible place to progress is.

Still, any issues I had with the title were mostly minor compared to the overall level of enjoyment I had. It's a very basic title, but the gameplay works really well and is a lot of fun. I feel like this is the kind of title that'll likely fly under everyone's radar because there's nothing flashy about it at all, but that would be doing it a disservice - Steam Tactics is worth your time if you have any interest in turn-based tactical games.

This review is based on a digital copy of Steam Tactics for the PSV, provided by the publisher.