Publisher Sony Interactive Entertainment and development Naughty Dog announced The Last of Us Part II has sold more than four million units in just three days and is now the "fastest-selling first-party PS4 exclusive ever."

The game launched for the PlayStation 4 on June 19 and reached the sales milestone on June 21.

"We are so immensely grateful to the millions of fans around the world that have played The Last of Us Part II and shared their experiences with us over the last week," said Vice President of Naughty Dog and Director of The Last of Us Part II Neil Druckmann. "We set out to tell a new kind of story, one that deals with difficult themes and would challenge you in unexpected ways. 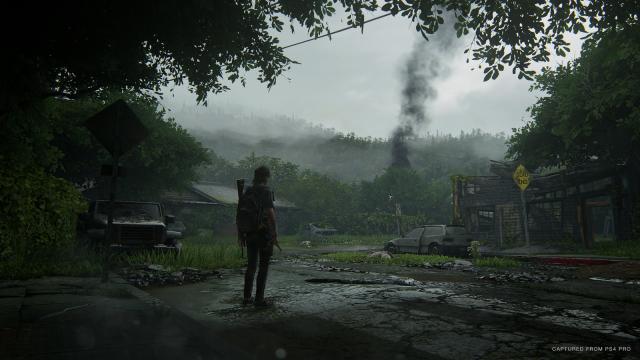 "Hearing how the experience has resonated with so many of you and witnessing the type of thoughtful discussions it has sparked has been so incredible. We’ve also been so inspired by your creativity — whether it’s your gorgeous Photo Mode shots, jaw-dropping gameplay GIFs, or the songs you’ve recorded using Ellie’s guitar.

"The Last of Us Part II was made possible thanks to the efforts of the hundreds of talented and passionate developers here at Naughty Dog. We can imagine no greater honor than seeing that same passion mirrored by the people playing it. Thank you for helping us reach this amazing milestone."

Great sales... hope for 10 million <3
btw, this game showed the true color of ALOT of people.

Well is this one of those rare people actually decide for themselves what they like and do not like without the internet hive mind mob telling them what to do and think.

They made the game they wanted to make, for better or worse and the game is selling extremely well. The vocal internet community need to realise that while they are entitled to their opinion so is everyone else and ultimately they wield very little power.

Good :-) Deserves every single sale and hope it will fly past the 10 million mark soon. Can't wait for their next project :-)

Lol 10 million should be a given considering the first has an install base of 20 million players. 10 million these days isn't impressive when even Uncharted 4 has sold 17 million copies. The question is, will it top the original game's sales? If it doesn't, no matter what that's already a loss in my eyes. I believe this game had potential to be in the 30 million range if the plot wasn't so divisive.

Too bad they make so many controversial game/narrative decisions in their newest games. Make them less divisive please.

Too bad that fans of the original game were deceived intentionally with the trailers to get them to buy this. Also, there's a lot of new folk coming in who have no attachment to the original so they don't know any better. Lifetime sales will be interesting to see. If they exceed the sales of the first game by a fair margin, I guess I'll have to admit this is a W for Naughty Dog.

100% agree with you, man. The misleading trailers is precisely why I just cannot support ND on this game. Very dirty tactics, I say. It's all about not losing sales with these guys and they sure got them, any way they could.

Fantastic News and good for the AAA-Games-Industry and Singleplayer. Game of the Year - with Persona 5 Royal, currently. The story is very exciting and dramatic / emotional - like part 1. Joel and Elli are wonderful characters and its impressive to see, what they experience. Gameplay rocks and is better than TLOU1. Awesome Game :)

I think those sales a undeserved. I really don't like the story so far. That's a bummer since I loved part 1. But I'm glad many people do like it.
I hope their next game is more my cup of tea, since ND products have such high production value and they are so good in many areas.

Just because you personally don't like the story, doesn't mean that the sales that's been accumulated thus far is undeserved.

Going by that logic, that would imply that no ever deserves high sales, since every game ever has it’s crowd that dislikes it. I’m a huge fan of the first game, and thoroughly enjoy this one. It’s not the happiest story, but it’s one of the most thought out ones in gaming

No, that logic would imply, that most games are undeserving of their high sales in the eyes of some, not that rhey actually are This one is undeserving in my eyes. What can I say, I just don't like it.
BUT: It is really a pet peeve of mine, that everybody has to tiptoe around things, making double sure that everybody else gets, that what is said is just that persons own opinion, nothing more, no judgement anybody else needs to adhere to.
I'm sure many people worked really hard on this and (as I said in my original comment) I'm glad that many people like it. And TLoU2 is technically impressive. Wow, wow, wow,... But it still is a bad game (In mY OpIniOn) and undeserving of its high sales (iN My oPiNioN).
Actually, going with your logic, nobody should be allowed to voice their dissatisfaction with any product, if that concerns the sales of that product. Or is is just a no-go in one direction? Is it okay to say: "TLoU2 deserves higher sales."?

Everybody has a right to their opinion but I don't get why some people who have made their opinions clear more than once , feel the need to continue especially when the article in question is one based not on some subjective opinion but sales figures then again I salute your forbearance in refraining from mentioning sheep.

Family fun at its finest.

I’ve got doubts that there’s going to be a PS5 remaster, unless they decide that’s how they want to release the multiplayer. I’d imagine they’ll do a free PS4 upgrade