After early Spring found itself home to a number of high profile remakes, May has rather quickly become the month of remasters, with notable older titles such as Saints Row: The Third, Borderlands, BioShock, XCOM2, and more getting new versions on different consoles. One of the more intriguing options on the table, however, is The Wonderful 101 Remastered, an updated version of the 2013 cult classic that, at the time, had a number of interesting concepts but was held back in review scores by a number of iffy design choices and held back in sales by being a Wii U exclusive. But now it’s on Switch, PS4, and PC, with a chance to impress an entirely new demographic. How well does the game itself hold up after seven years? Quite well, actually. How much did they improve upon things for this remastering? That’s... a little less “wonderful”, unfortunately. 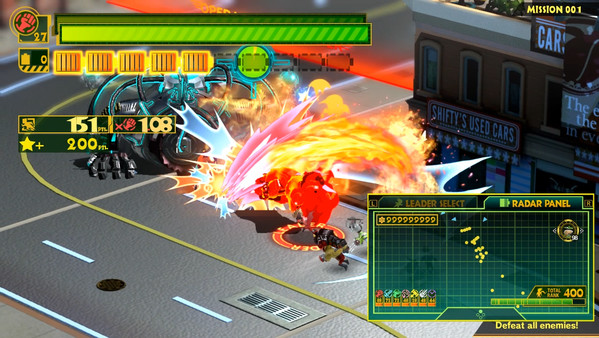 The Wonderful 101 is probably one of the most unique action oriented games in recent memory, both in story and in gameplay. The plot revolves around a series of superheroes tasked with defending the Earth from an invading Alien force known as “Geathjerk”, who has an obsession with destroying humanity for reasons revealed later in the narrative. As far as the story quality goes, it’s rather standard Platinum fare; extremely over the top and full of pop culture references, with just enough serious moments to keep it at least somewhat grounded.

One aspect that makes The Wonderful 101 stand out from other action game titles like Devil May Cry or Bayonetta is the focus on controlling a large group of characters rather than a single entity, which is something of an abnormality in the spectacle fighter genre. This presents an interesting presentation challenge, as the game has to pull itself out far enough to keep your group on screen while not being so distant that you can’t make out what’s going on. Wonderful 101 juggles this well... usually, but there are still a number of instances where the game won’t be able to keep everything on screen, or you’ll get lost in a blaze of color and visual effects. Unfortunately, one of the more notable issues with the original 2013 release hasn’t really been addressed here.

The other feature that perhaps really sets Wonderful 101 apart from its action game brethren is its method of selecting weapons. Whereas most modern titles allow for weapon switching with a button or wheel of some sort, Wonderful 101 has you draw out the weapon you want to select in a manner not dissimilar to drawing attacks with Okami’s celestial brush. Each of the story-significant characters has the ability to summon a specific weapon by uniting together a portion of the characters you’re controlling (yes, it’s as bizarre as it sounds), and you can summon these weapons by drawing their symbols on screen. You start the game with access to a sword and fist, good for range and high damage output respectively, but as you progress you unlock a gun, whip, claws, hammer, and bombs, each of which has its own practical use in your toolkit. 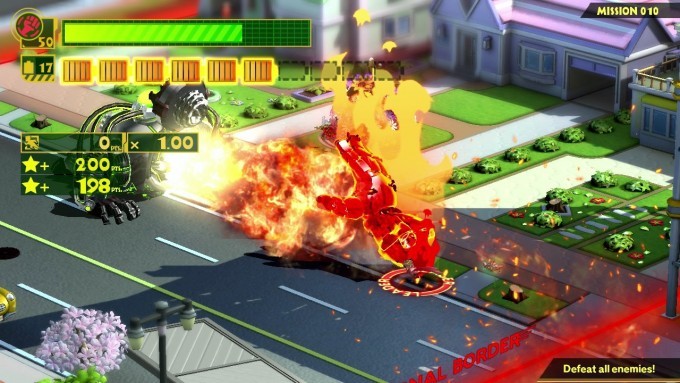 It’s challenging to get used to at first, but after a short while using the right stick to slow time and draw new weapons in the middle of battle feels very intuitive and natural. One of the most interesting parts of this system is that allowing players to draw their own weapons gives them the freedom to choose how big they want their summoned weapon to be. Larger weapons cover more space and deal more damage, but also take up more of an energy meter that recovers over time, which requires players to be somewhat cognizant of what they can afford to use. Once players unlock the ability to summon multiple weapons simultaneously, the combat system really gets involved.

Enemy design is also very clever and encourages use of different weapons and abilities as well. Some enemies fire lasers, which can be reflected back with your sword. Others are covered in spikes, which can be torn off by the whip. Still others have tough armor that can be broken by the hammer, etc. Normally, I think I’d be turned off by this in a spectacle fighter game, since on a practical level it’s restricting your options and forcing you into using a weapon rather than letting you be creative. However, the depth to Wonderful 101 doesn’t really lie in being creative with its combat system, as your movelist for any given weapon is usually restricted to a single combo string and a couple of additional moves. It’s more about being given a variety of different tools and being able to switch between them on the fly, and the enemies encourage that aspect very well. 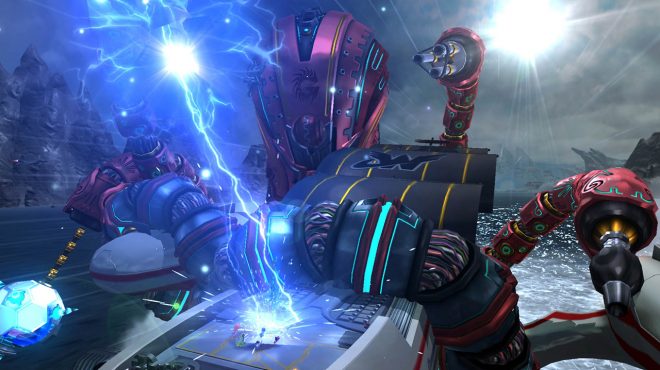 This is Platinum, however, and it wouldn’t be a Platinum game if the devs weren’t satisfied with having a game revolve exclusively around a perfectly fine combat system and had to awkwardly crowbar in something completely unrelated from time to time. So we have the usual Platinum suite, including a bevy of quick time events, rail shooter segments, chase sequences, and even a Punch-Out!! style boxing matches in giant mech suits. I don’t mind combat oriented games having other major gameplay mechanics that the player is expected to master, but Wonderful 101 has a habit of just dumping players in these situations without ever bringing the concept up before and basically saying “good luck.” Even worse is that the game often has the audacity to grade players on it, and there’s little more frustrating than nailing the combat in a mission perfectly only to be held back from a pure platinum rank because you didn’t handle a rail shooter segment particularly well.

One other annoyance that returns front and center from the original is the game over system. If your health is depleted, rather than returning you to a checkpoint, the game immediately drops you right back into the spot where you died with full health. This isn’t some limited use revive system like Okami’s astral pouch or Devil May Cry’s gold orbs either; you will respawn right in the middle of a fight, with the enemy’s health as low as it was when you died, and you having full health. There’s no way to disable this, either. It’s more than a little frustrating; when I fail at a tough battle or other kind of challenge in a game, I want the chance to start from the beginning, in order to learn the ins and outs of the mechanics and prove I’m good enough to topple the foe on my own. Dragging the player through fights no matter how much they fail with what essentially amounts to an infinite number of health refills largely runs contrary to the ideal of mastering a combat system featured by action games like this. 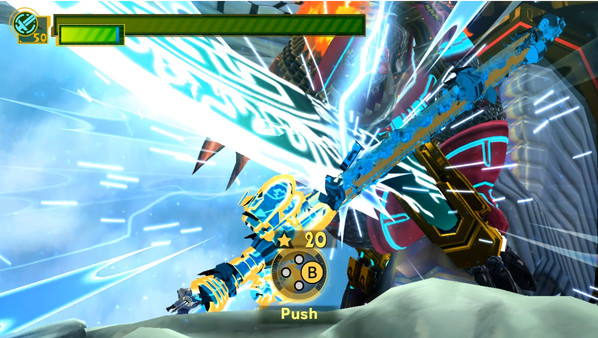 What’s perhaps most frustrating is that many of the flaws with the original were issues that could have been relatively easily addressed without having to change much in the way of the core gameplay. The terrible seventh operation, with its limited member count, is back and more annoying than ever. The game over system could have had an option to change how it functions. There could’ve been an option to allow the player to adjust the camera to allow for greater visibility (like virtually every single action game made since 2008). Granted, this is a remastering and not a remake, so there’s a limit to what can be changed without drifting into full revisionism, but these things don’t seem like unreasonable quality of life improvements for a remaster. When the original game released, it was easier to dismiss these issues as Platinum working with a tight budget on a small project that was inevitably going to have issues, but now with a chance to improve upon the game with a kickstarter budget far above its goal, that assertion’s credibility takes a hit.

The only notable “gameplay” change that has been included is flexibility in how the second screen is handled. Those who played the original game will remember a number of segments that required you to look at the Wii U gamepad to progress through certain puzzles and rooms. This feature has largely been relegated to a screen you can pull up at your leisure by pressing a button at any time, which is probably how it should have been implemented in the Wii U version to begin with. The other feature of the GamePad - being able to draw out weapon formations with the stylus instead of the right stick - can be done with a mouse if you so desire, but I personally still found myself preferring a controller. 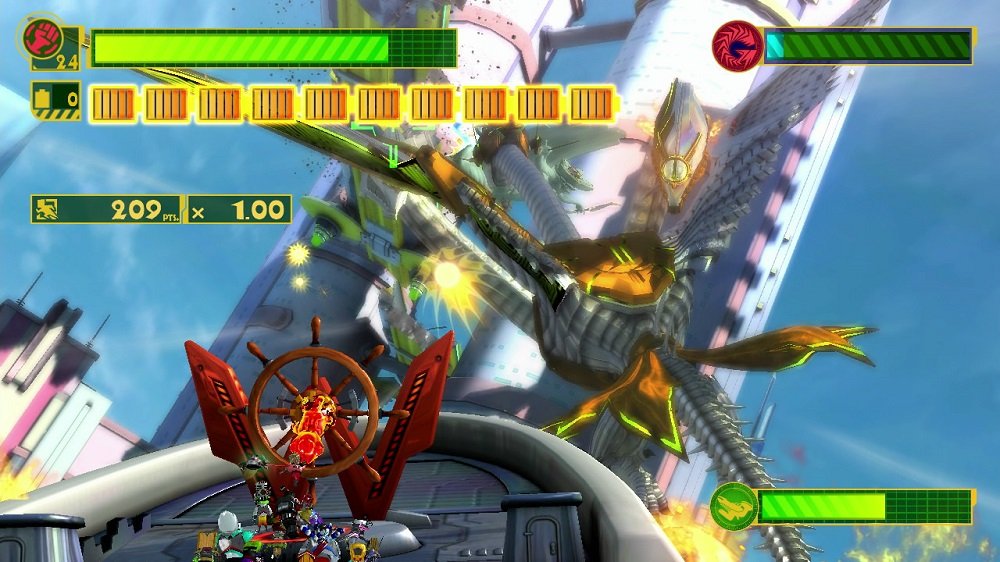 Outside of the ways in which the game has been adjusted for the lack of a GamePad, The Wonderful 101 has remained pretty much the same. The most notable changes come from a technical standpoint, where the additional power of better hardware really shines through. This game is truly a treat to experience on PC, running at a substantially higher framerate and resolutions far exceeding what was available on the Wii U. Depending on how well the Switch and PS4 handle this game this may be a compliment directed at all versions of the Remaster or just PC, but it really is a joy to experience this game’s frenetic action at a consistent 60 FPS. The music and sound design don’t seem to have been touched from the original game to now, but both were great back then so that’s not really an issue. The game’s symphonic soundtrack is extremely fitting and just fun to listen to, and the sound design fits in very well.

So then, is The Wonderful 101 Remastered worth your time and money? If you didn’t play the original game, absolutely. It certainly has its flaws, but you can tell it's very much a passion product that, for the most part, is fun. At $40 and with a high degree of replayability, it’s certainly worth it for newcomers. For returning players, there’s unfortunately not much reason to buy it, unless you have a PC and are willing to shell out $40 for some improved technical features. To be quite frank, calling this game a Remaster is a misnomer. This is simply a port to next generation platforms, taking advantage of the better technology to boost framerate and resolution. And that’s disappointing, honestly, because there were so many ways that the original could have been improved upon with relatively little effort. Returning players will still find the fun game they knew back from 2013, but don’t expect to have any of the problems you had back then addressed now.

This review is based on a digital copy of The Wonderful 101 Remastered for the PC, provided by the publisher.

Dear Paul, it's clear that your sole objective with this review was to get blocked by Kamiya-san on Twitter.

So it's a quick cash grab on platinum's side. To bad, I might pick it up if it goes under 10$, but otherwise I am not supporting this.