Mario Kart 8 Deluxe (NS) has remained on the top spot on the French charts in week 2, 2020, according to SELL. The Nintendo Switch accounted for three of the top five best-selling games on the chart. Call of Duty: Modern Warfare (PS4) is in second, Luigi's Mansion 3 is in third, and FIFA 20 (PS4) is in fourth, and Pokemon Sword (NS) is in fifth. 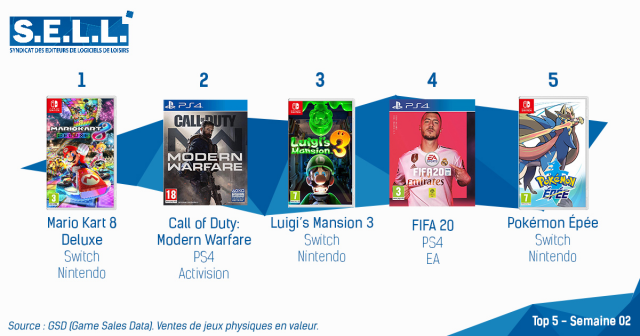 Surprising, Luigi which comes back above Pokemon.