Days Gone Debuts in 1st on the French Charts - Sales

Days Gone had a strong debut on the charts in France with the standard edition debuting in first, while the Special Edition debuted in third, according to SELL. 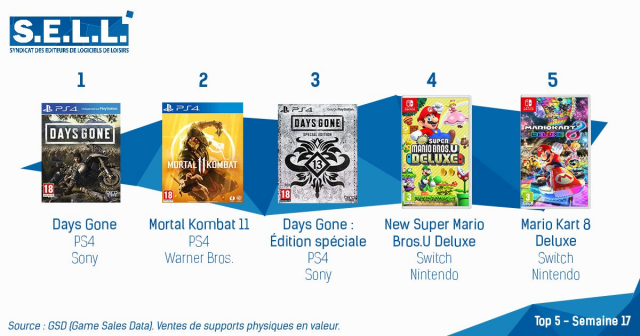