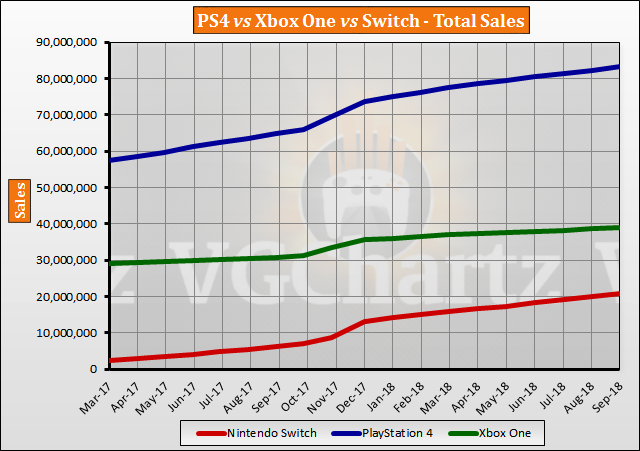 Looking at the total sales of the PlayStation 4, Xbox One, and Switch through September 2018 shows much of a lead the PlayStation 4 has on the Xbox One and Nintendo Switch. However, the Switch did launch several years after the other two consoles. 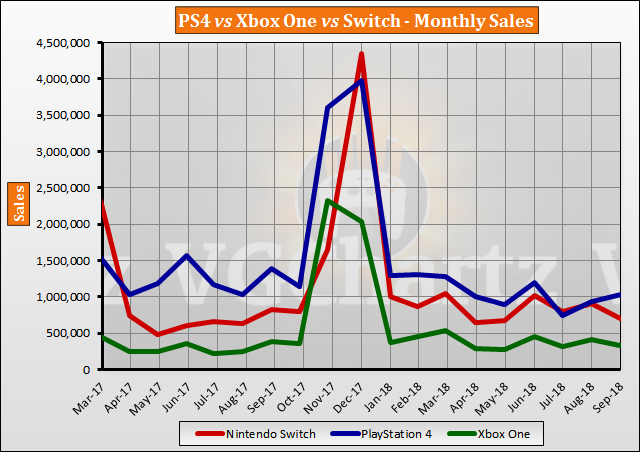 Taking a look at the marketshare, the PlayStation 4 managed to achieve 50 percent. The Switch accounted for 34 percent of the consoles sold, and the Xbox One 16 percent.

Sony is comeback kid of the the decade

Ounch...The share of Nintendo will decrease a bit in the next days...

Interesting that Switch is already seeing a down month in just its second year.

lol I don't mean to be that guy, buuuuut last year in September the switch saw the releases of kingdom rabbids, and pokken. Two exclusives, both of which went on to sell well over 1 m units.
This year switch had the multiplatform games (2k19, Fifa 19, dragon ball Z) All 3 of which released last year at this time (2K18,Fifa18 and xenoverse 2) but no exclusive big hits. Given this knowledge the fact that the deficit was only 122,638 imo is amazing.