The Surge: The Good, The Bad, and The Augmented (XOne) - Review

The Surge is the IP that keeps on giving. The base game, a dystopian Souls-like, offered up dozens of hours of content, and its DLC campaign, A Walk in the Park, introduced a novel environment filled with new implants, weapons, and armor pieces, alongside unique enemies. The latest DLC is The Good, the Bad, and The Augmented, a series of roguish challenge levels set against a spaghetti western backdrop. While it's the weakest of the bunch—repeated locations and bosses make sure of that—it's a decent investment for The Surge faithful.

As with A Walk in the Park, The Good, The Bad, and The Augmented isn't accessible outside the base game. You can find it starting in Central Production B after defeating the boss in Abandoned Productions. New Game+ players will be able to unlock all nine chapters, one after the other, from the QA hub in Central Production B, but those starting fresh will gain access to chapters in installments, each after clearing certain story events. Again, just as with the first DLC, this makes sense from a narrative point of view, but it's inconvenient for those who want to jump right in. 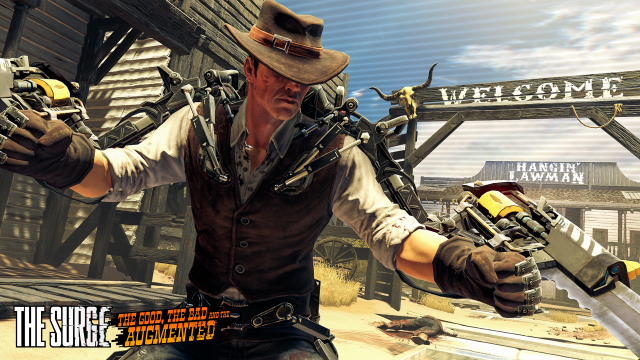 There's a story of sorts in this new DLC, and several audio logs to go with it. In an old, abandoned Quality Assurance lab, The Surge's unlikely hero Warren faces several deadly test chambers, designed by the unhinged Dr. Rischboter to resemble sets torn from a Wild West TV show. While the western setting—complete with gold mines, runaway locomotives, and dusty saloons—goes a long way, the story that runs through it isn't especially interesting. Rischboter's narration gets old fast, and the whole thing ends anticlimactically.

The DLC is more successful mechanically, as it takes the tense risk-and-reward limb-chopping combat from The Surge and injects 16 modifiers, which alter gameplay in dramatic ways. This is how it works: players will choose one of nine trials, each with three sections—two overland segments followed by a boss duel—and then elect up to four modifiers, which produce special rewards. If you choose "free healthcare," for example, med packs are scattered throughout each level. If you opt for "rush hour," Warren's life is set to a timer, and successful kills buy him more time. Should you select "arms race," prepare to auto-equip the weapon of the last enemy killed. 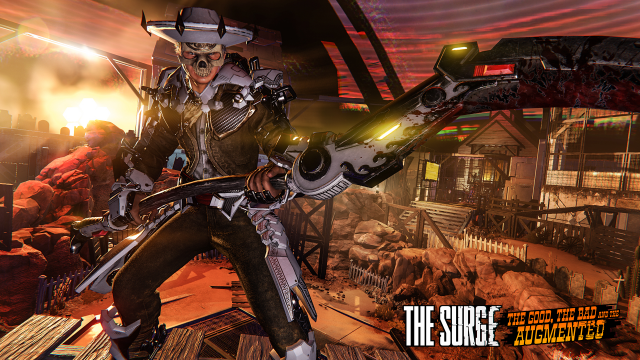 In other words, you can make each trial more difficult for greater rewards. Brand new implants, weapons, and armor pieces are available in each level, but the best of the bunch are hidden behind these 16 modifiers. All told, the DLC offers five new weapons, three new "Frontier" gear sets, new implants including Omni-Boosts (regrouping multiple effects into one), and several vanity items.

This variety in mechanics and unlockable gear is important, because the nine trials recycle many of the same segments and bosses. There are six sections—frontier crypt, frontier town, frontier riches, frontier abyss, frontier journeys, and frontier mirage—that developer Deck13 rotates throughout The Good, The Bad, and The Augmented. Similarly, bosses Totem Wolf, La Muerte, and Undertaker are the only three you'll see in the DLC. Deck13 introduces different enemy types in successive trials, including some of the boss creatures from the base game, but there are only so many ways to repaint the same old locales. 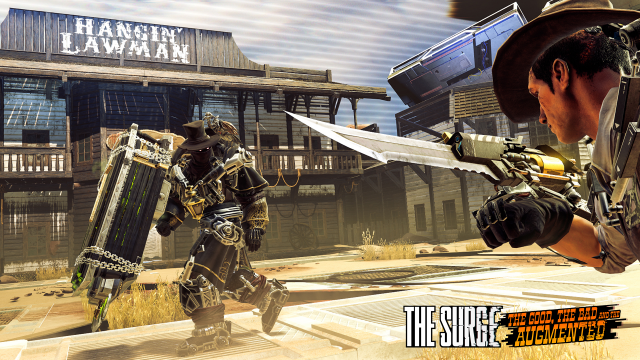 Music, graphics, and voice acting in The Good, The Bad, and The Augmented are on par with previous installments, and production design is as great as always. Deck13's art directors once again earn their keep with some excellent backgrounds, sets, and props, which together bring to life a western facade mixed with futuristic simulation technology.

For those who've been playing The Surge since it launched last year, this latest DLC is worth trying; it provides exciting rewards and new opportunities to dismember murderous enemies. However, due to an anticlimactic story and some recycled stages and bosses, those looking to experience the Souls-like piecemeal should probably invest only in the original and A Walk in the Park.

This review is based on a digital copy of The Surge: The Good, The Bad, and The Augmented for the XOne, provided by the publisher.

Wow this DLC sure dropped out of nowhere.

As with the previous DLC, I like that the setting looks wildly different to the base game; I really hope they have that sort of variety in settings and characters in the sequel from the start. 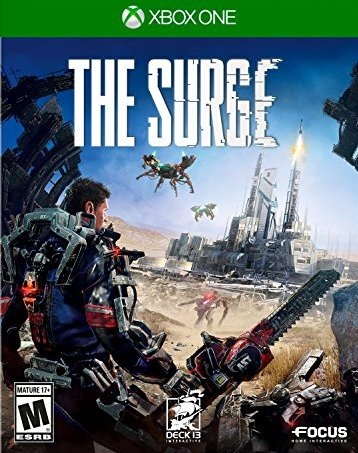 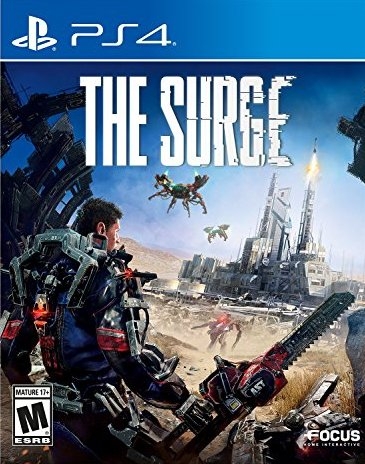