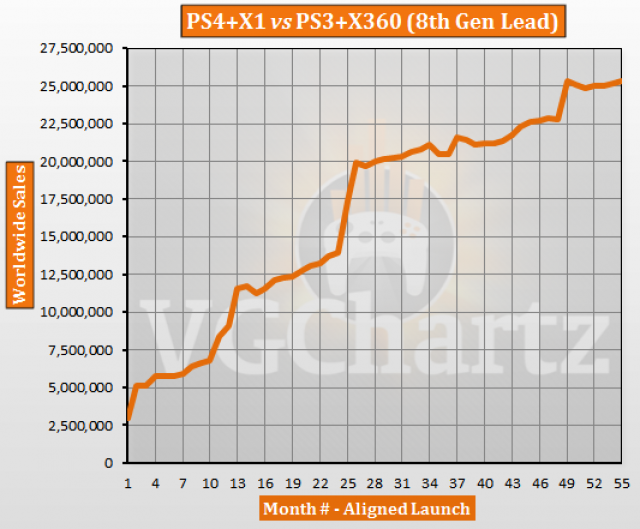 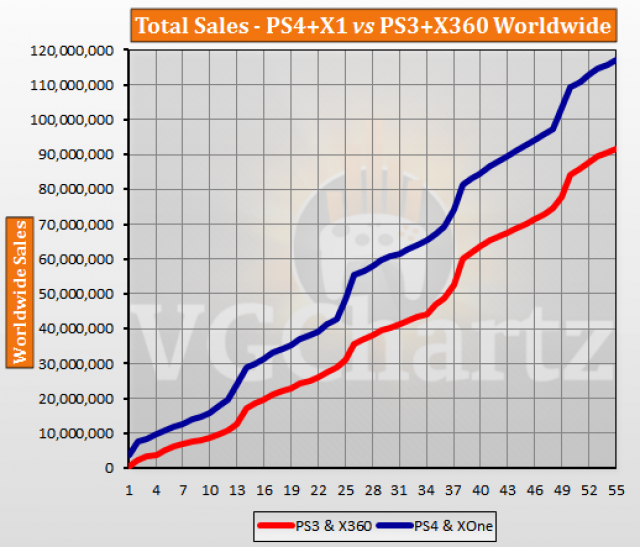 PS4 is doing all of the heavy lifting because the Xbox One is under the 360 at this point in time.

Anyone wanna take a wild guess as to how these numbers would change if Wii and WiiU were included?

Around 40 Million lead for last gen, give or take

By the end of the year, the trend will probably start to reverse, 7th gen still has only half of it's total sales. But PS 4 ONE are doing pretty well at keeping 7th gen at bay until now.

If you think of those 100 million Wii and 86 million X360 that were converted to 13 million Wiiu and up to 38 million Xones, the market shrank too much from one gen to another.