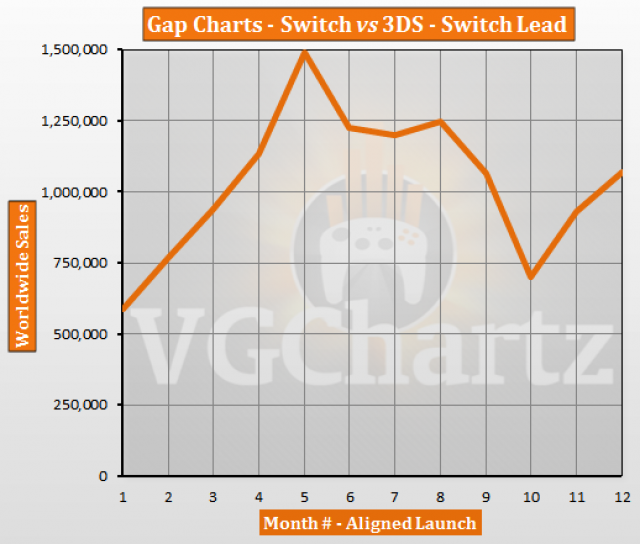 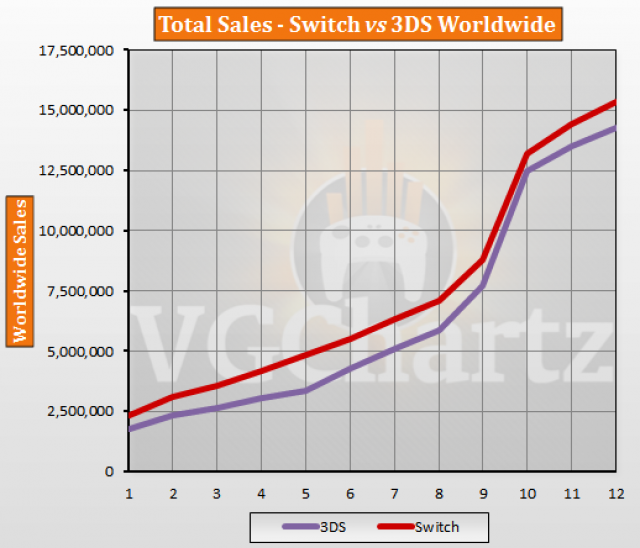 February 2018 is the 12th month that the Nintendo Switch has been available for. During the latest month the gap grew in favor of the Switch by 138,995 units when compared to the 3DS during the same timeframe. The Switch is currently ahead of the 3DS by 1.07 million units.

The 3DS launched in February 2011 (however, 3DS sales have been aligned to March 2011, since it only launched at the end of February in Japan), while the Nintendo Switch launched worldwide in March 2017. The Switch has sold 15.33 million units, while the 3DS sold 14.27 million units during the same timeframe.

Interesting. Never knew 3DS was actually tracking ahead of PS4 originally. Wonder what this means for Switch in the long run?

This is as close as the PS4!

But probably not for long anymore. Switch is way more popular in the west than the 3DS was even after it's pricecut. Switch should soon start to outrace the 3DS and get a more substantial gap by the end of the year