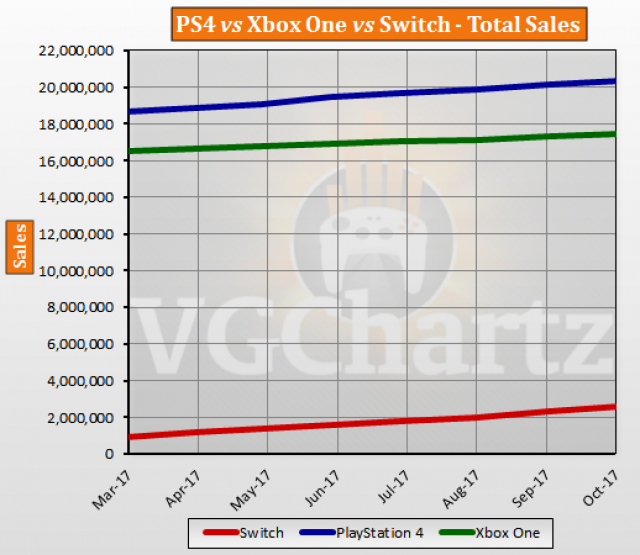 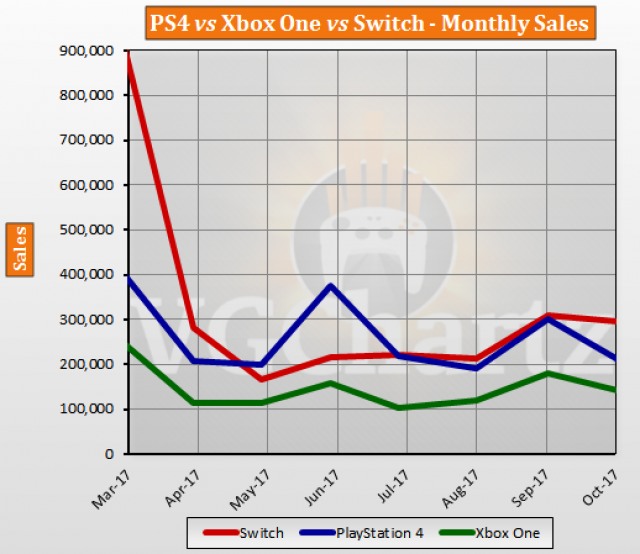 Looking at market share for the month, the Switch managed to achieve 46 percent. The PlayStation 4 accounted for 32 percent of the consoles sold, and the Xbox One 22 percent.

Looks like the older consoles are on a slow decline, but should get a huge bump through the holiday period