Destiny 2: More of the Same - Preview

The original Destiny is one of the biggest disappointments of my gaming life. It's not one of the worst games, mind you. It's a fine, passable game. But it was and is supremely disappointing. The combination of Bungie's expertise in the shooting arena and Activision's deep pockets should have produced a game for the ages. Instead fans received a strange, ineffective shooter-MMO hybrid that failed to deliver on either front. Destiny 2, based on its beta, appears doomed to repeat that failure. 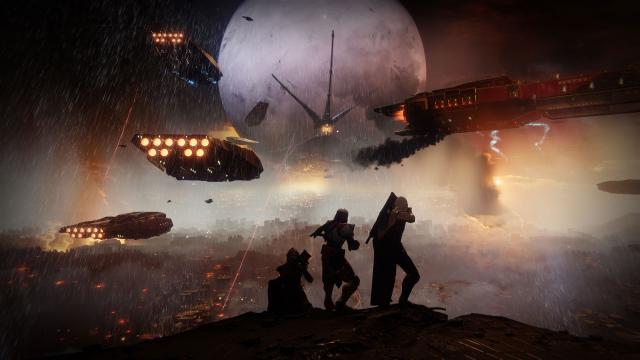 The story mission is probably the least effective part of the beta. Bungie listened to fans and injected more story, more cut-scenes, and more NPC interaction into its campaign, but it doesn't matter. I know many Destiny players have lamented the game's lack of a cohesive, ubiquitous story, but to me story was always the least of Destiny's problems. A simple monsters-at-the-gate setup is more than enough to keep a quasi-MMO like Destiny going.

The biggest problem isn't story design. It's mission design. For all its spectacle, the opening chapter in the beta is flat, boring, and tedious. Sure, you'll get to fight through an enemy invasion of the Last City. Sure, you'll battle alongside Commander Zavala, the Titan Vanguard, formerly restricted to handing out quests. But all you'll really be doing is moving from room to room, pumping bullets into brainless, bullet-sponge enemies. 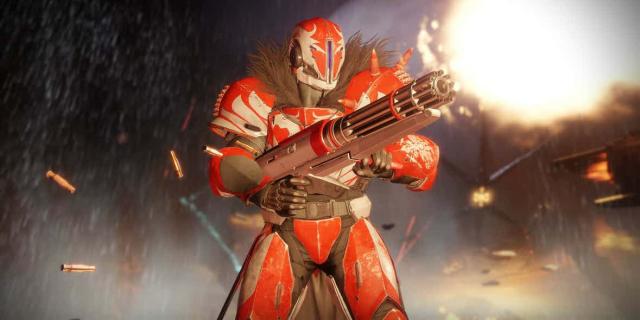 Although level design and enemy AI hasn't changed much since Bungie and Activision embarked together on their ten-year journey three years ago, weapon loadouts have changed considerably. In the first game, weapons fell into one of three categories: primary (auto rifles, hand cannons, etc.); special (shotguns, sniper rifles, etc.); and heavy (machine guns, swords, etc.). Those categories are gone. Now, in Destiny 2, weapons are divided based on damage type: kinetic, energy, and power.

Unfortunately, weapons like shotguns and sniper rifles are now part of the power category, which comes with scant ammunition. During the campaign, you'll need to rely mostly on kinetic and energy weapons, which appear almost identical apart from some elemental attacks. In effect, players now have two primary weapon slots — filled either with auto rifles, SMGs, or hand cannons — and a power weapon slot that hides all the fun weapons. Destiny 2 project lead Mark Noseworthy said in May that the new loadout system "gives players a lot more choice." I don't think so. 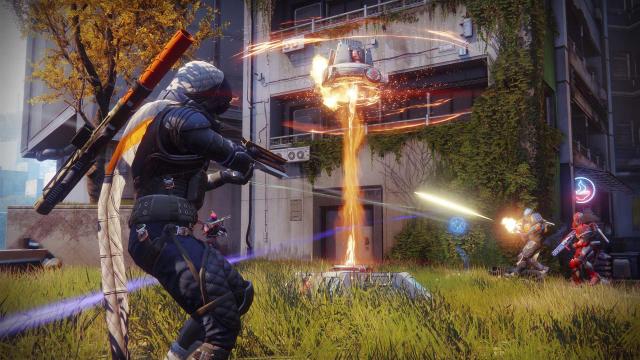 It seems that Bungie redefined its loadout system with one thing in mind: PvP. Now, items like shotguns or sniper rifles that were spammed, overused, or otherwise abused in competitive multiplayer are locked into the power category, meaning they can be used only sparingly. To be fair, this works for the Crucible. It's become a more primary-focused affair with fewer grenades and shotgun blasts. Yet the boon to PvP is a huge blow to PvE. In the campaign, it's just not fun to swap between two similar primary weapons.

The same holds true for the beta's strike mission. Power ammo drops so rarely that my fireteam was forced to use some combination of primary weapon almost exclusively throughout the mission. That said, "Inverted Spire" is easily the best part of the Destiny 2 beta. 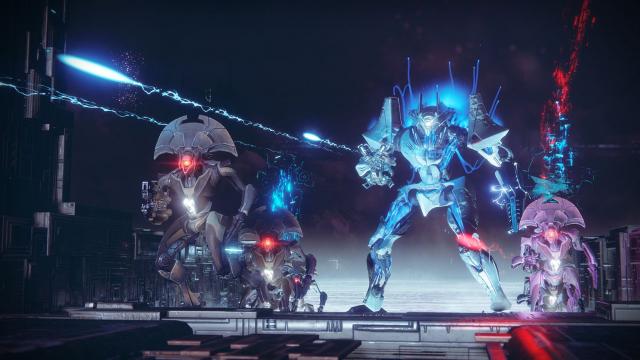 Unlike the story mission, there is some variety in the strike, which feels like something in between a raid and a traditional strike. There's platforming, there's an exciting section where players need to dodge giant mining equipment, and there's a final boss fight that takes place across multiple levels. The boss fight is a highlight, despite its bullet-sponginess. Players will need to study patterns, learn mechanics, and cooperate to survive. Raids and strikes have always been the most engaging part of Destiny, and that looks to stay unchanged.

That's my hot take on the Destiny 2 beta. It's entirely possible the full game will show more diversity. Bungie has already promised larger play spaces, new side missions called "Adventures," and dungeons called "Lost Sectors." Perhaps these additions will provide increased mission diversity and more interesting enemy encounters. Right now, though, the game looks to repeat the mistakes of the past: boring mission design, bullet-sponge bosses, and repetitive gameplay. New features seen in the beta are either inconsequential or prioritize PvP at the expense of PvE.

Yeah, I figured. I'll keep an eye on it at launch but after the dlc fest with lacklustre campaign that was the original.. I'm probably going to skip destiny. Bungie left halo for this? Out of the frying pan, into the fire it seems. Too bad... I really liked the crucible.

To be honest, I expect nothing less. I'll play it later when the open beta starts and when it's £25 or so, I may pick it up but they've got to allow match making for raids else it's just an insult to people who only have a few friends that play the game or none. The only thing I care about is if they've made guns which are single fire but fire as fast as your trigger finger... because if not. :P

The story mission was fine. It was interesting enough to have me excited for the full game to come out. The mission design is what it is, there were many different types of objectives to not make it seem the same like the turbine part. Im not sure what type of missions you were expecting.
I loved the strike.
Shotguns and snipers should be part of the power category if they weren't it would feel like the PVP would be unbalanced again like the first game. Them being Power weapons doesn't take away from the game.