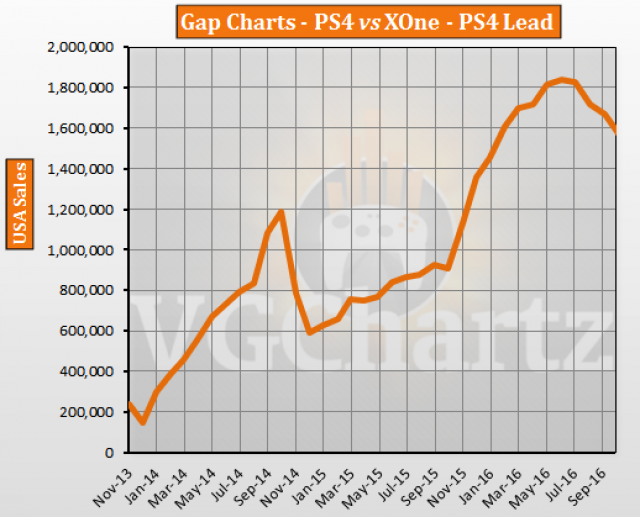 It still has a 1.5 millions lead. If the Xbox is on a Comeback, it would take more than 1 year in order to outsell the PS4

It's gonna keep going down through October, but with the news from Black Friday and Cyber Monday, PS4 is guaranteed to take November, and probably December too.