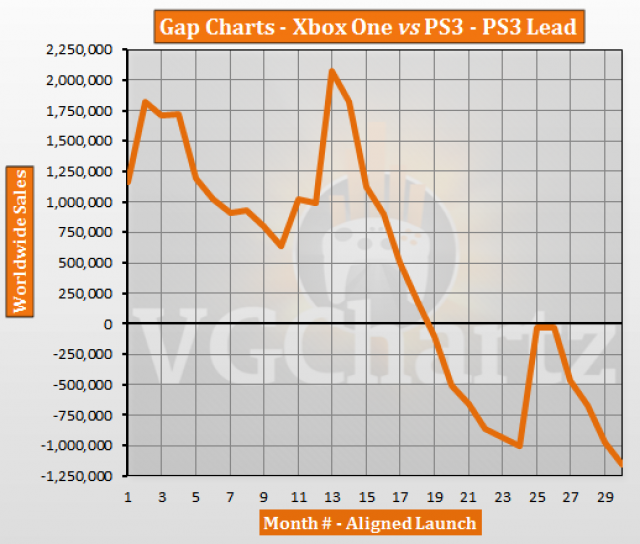 I seem to recall everyone saying the PS3 was a failure at launch, and that the 360 dominated 7th gen... This seems to say otherwise. I mean, it was outselling the 360, and is even outselling the Xbox One.

Well, it did lose a ton of money for Sony, getting the PS3 to recover against the 360 cost at a really high price financially.

What Darwin says, in a way it's a way bigger failure than the Wii U

I agree with Darwin and Qwark. Though selling PS3 at a loss to stay relevant did keep Sony in the console business as well as lay the foundation for some very healthy future profits (projected to make $1.22 billion the next 12 months).

But yeah. PS3 really did burn cash fast. Even Nicolas Cage was impressed.

That's because everyone (including news outlets) were focusing on the US market so much, while completely ignoring the worldwide performance of the PS3, which gave people a completely distorted vision.

Skratchy: Those people obviously had revisionist history; PS3 started off slow but eventually caught up and exceeded the 360. Launch aligned the PS3 was almost always in a better state than 360, but for the longest time 360 stayed ahead almost solely based on its head start.

Skratchy: Those people obviously had revisionist history; PS3 started off slow but eventually caught up and exceeded the 360. Launch aligned the PS3 was almost always in a better state than 360, but for the longest time 360 stayed ahead almost solely based on its head start.

That line is going down pretty fast, so do something about that MS.

If they release the Xbox One slim this year with a price cut that will help a lot.

They are. They just had a killer deal on Amazon to clear out some old inventory. And the rumor is Slim is coming later this year, I'd be willing to bet a price drop will come alongside Slim.

The Xbox One is still ahead of the Xbox 360. However, not by that much.

The slim effect is coming so that's gonna hurt Xbox One if the rumoured Xbox One Slim couldn't catch fire by August.

PS3 has some of the most impressive exclusives and really did pick up steam, im sure the xbox one will sell much better in the UK and USA but with the PS3 sales in Europe and Japan I don't think the Xbox One will ever outsell it, especially because the XBox one lifecycle is most likely much shorter.

Some catching up is severely needed.