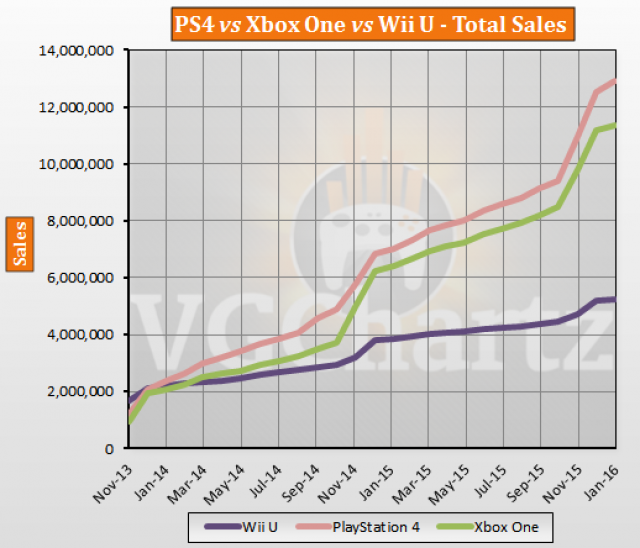 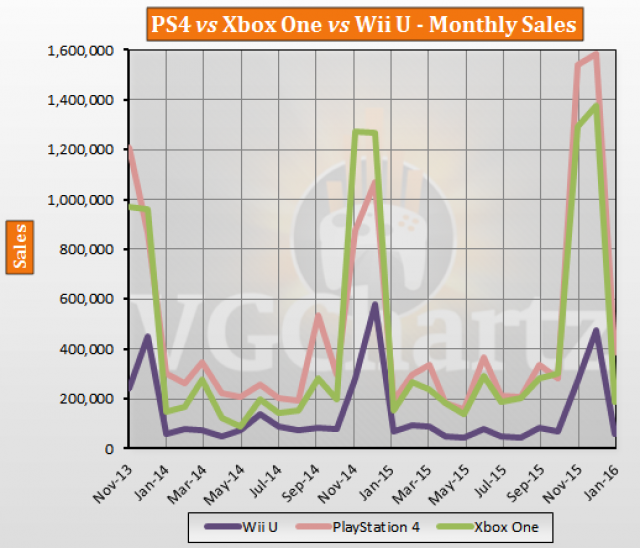 Looking at market share for the month of January, the PlayStation 4 managed to achieve 61 percent. The Xbox One accounted for 30 percent of the consoles sold, and the Wii U a modest nine percent.

The PlayStation doing much better this gen in the US then last. Will be very interesting to see what if any impact Uncharted may have when it releases.

Ps4's race to outsell x1+wiiu combined in US

61 % marketshare in the most diverse gaming market, if these numbers are true then Lord have mercy on the xbox one and wiiU at this point.

Well the competition between Xone and PS4 is pretty dead from this point onward now that Halo didn't revive the Xone af the best possible point.