So here we are. After 4 episodes that shocked, stunned, and occasionally made me shout out in surprise, we’re finally at the conclusion of Life is Strange. Some episodes were great, some mediocre, but where does Polarized rank? For me, somewhere near the top; for others, not very highly at all.

Topping the very first episode of this series was always going to be a tough ask - it presented the player with a fresh world and surprisingly well-crafted characters, and most people's expectations for the title were pretty low back then. Since then the series has acquired widespread acclaim and the bar has correspondingly been raised. Polarized does not best that first episode, but it's a fitting finale that winds up certain character arcs in often surprising ways (especially when time travel is involved) and takes Max’s time travel abilities to their limits. 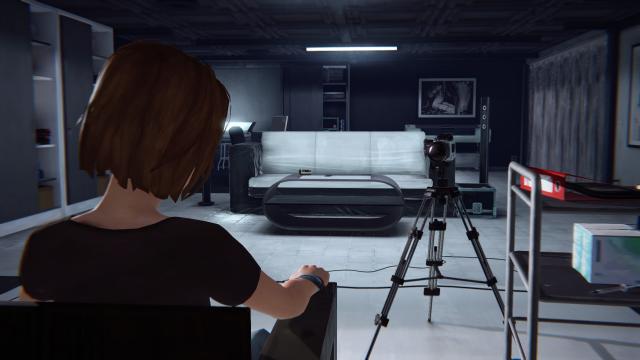 The episode begins fantastically, with the repercussions of the previous episode's cliff-hanger making for a fitting start to a season finale. Max is trapped in the dark room - the scene of Rachel Ambers' death - and has to improvise her way out by using her special abilities, despite being restrained and drugged. Eventually, of course, Max manages to escape, only for it to dawn upon her that by using her special powers she's actually had a more dramatic impact on Arcadia Bay than she could ever have predicted.

Upon returning to Arcadia Bay Max finds herself confronted by the storm she predicted at the start of the series. Many of the townsfolk are dead and plenty of town property has been destroyed. Which is great, because it allows Dontnod to flex its artistic muscles. The wet and now slightly unfamiliar world is fantastic to look at, and while there's a sense of urgency behind the ongoing events, it's actually very tempting to saunter about admiring the view. Indeed, I often found myself slowly looking around and sometimes rewinding time so that I could enjoy the scenery. 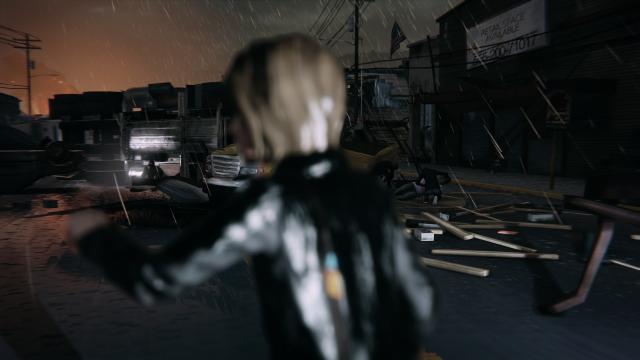 Max can, and does attempt to fix things, but the moral of this episode is clear: actions always have consequences. And these consequences are one of the series' strongest aspects. One such repercussion in this episode easily become one of my favourite moments of the series, although I won't spoil it by detailing it here, other than to cryptically say that it twists and turns like a dream.

Polarized is not without flaws, however. There's a shockingly terrible stealth section that feels highly contrived and the episode would frankly have been better off if it had been left on the cutting room floor. Instant fail-states and over-reliance on the time rewind mechanic make it simultaneously frustrating and simplistic. An impressive feat, for all the wrong reasons. 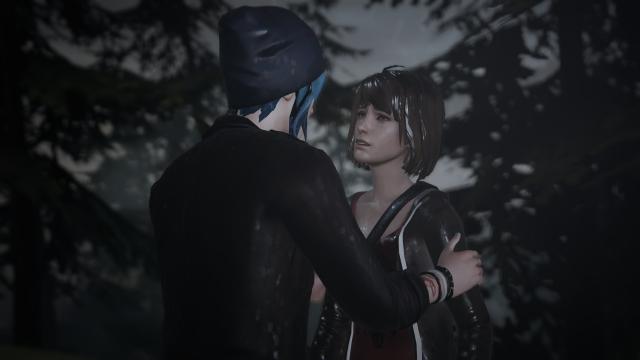 But to harp on that would be to fail to see the wood for the trees. After roughly 14 hours of gameplay and a year of waiting Polarized finally wraps things up, albeit in a very binary manner. Was Life is Strange enjoyable to play on the whole? Yes, a million times yes. This is one of the break-out adventure titles of the decade.

Life is Strange has had its ups and downs, but the occasionally cheesy writing and dull plot points are easily outweighed by a truly unique game world and generally strong story-telling. Most people will find something in Life is Strange that they can relate to. In that respect it's an adventure game with a twist - not for its take on time travel, but because it offers a perspective on life that has not been explored in gaming before.

This review is based on a digital copy of Life is Strange: Episode 5 - Polarized for the PC

Good review. I agree, the story overrall felt great and the game was clever in general, but the ending was a bit disappointing and the stealth section was totally lame and felt like a forced filler.