Ratchet & Clank: Nexus Looks to be a Return to Form for the Series - Preview

I was both pleasantly surprised and a little disappointed (because I love Ratchet and wish it were more popular) to note that there was almost no wait to get my hands on the new Ratchet & Clank game, Nexus (called Into the Nexus in North America) at Eurogamer Expo.

It’s been a bad few years for the series: A Crack in Time was the last truly great entry. It was followed by a disappointing multiplayer-only game, All 4 One, and a disappointing tower defence game, Full Frontal Assault/Q-Force. Fortunately, however, Nexus is looking to be a return to form. 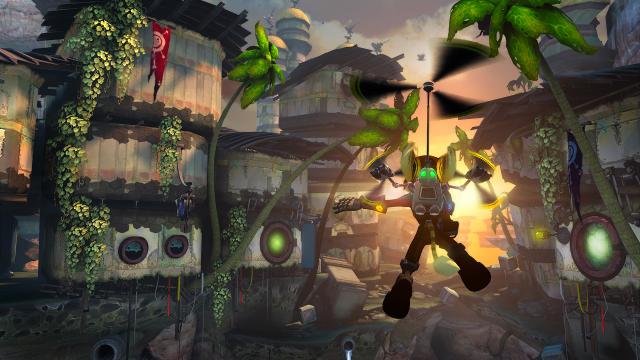 With minimal introduction, Ratchet and Clank land on Planet Yerek, tasked with doing something, though I don’t really know what, because there was no sound and the subtitles were small and difficult to read in the middle of combat. I got to try out both combat and puzzling as Ratchet, and some Clank platforming segments as well.

The demo thoughtfully provides you with enough bolts to purchase all weapons: the OmniBlaster is a fairly standard mid-range automatic weapon; the Fusion Grenade is similarly generic. However, the other weapons fare better: the Vortex Grenade creates a singularity that sucks enemies in, killing smaller ones and leaving large ones vulnerable. The Nightmare Box functions as a sort of auto-turret with a visual twist, attacking all enemies around it. The Winterizer was somewhat reminiscent of the duck gun from Up Your Arsenal, turning enemies into harmless snowmen. Hopefully there are plenty more weapons in the main game to fit the series’ reputation for insanity.

The game is marred by occasional performance issues, with significant slowdown when there is a lot of action on screen. However, this is not final retail code, so that could well be improved by the time the game ships. 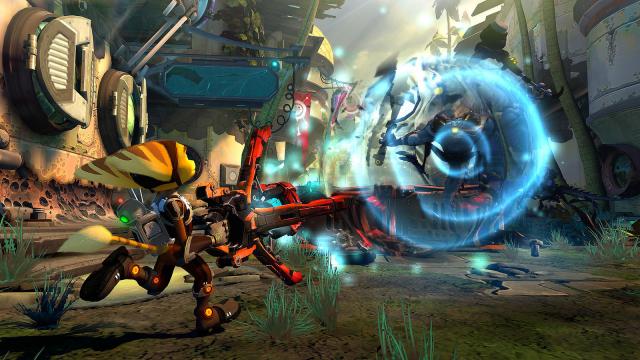 Early in the demo, a grateful NPC gives Ratchet the Tether, which creates a sort of light tunnel between two set points in which Ratchet can travel. Tunnels can only be created between targets, but more than one can be generated at a time, which could lead to some suitably intelligent puzzles late in the game.

The Clank sections are strongly reminiscent of VVVVVVVV. They play as a side-scrolling platformer in which Clank can invert gravity at any point to overcome obstacles. However, a twist is provided by the Nether, a creature whom Clank must free and lead to the exit, without being caught by him (which leads to death). These sections have a lot of promise.

In short, Nexus is shaping up to be a worthy entry in the Ratchet & Clank series, and though it is smaller in scale than Tools of Destruction and A Crack in Time, it will hopefully be a satisfying conclusion to the Ratchet and Clank Future series, whilst leaving open the possibility of many more generations of the delightful platformer-shooter.

Ratchet & Clank: Into the Nexus will be released on 20th November 2013 exclusively on PlayStation 3.