Each year, lesser known games pop up that are true gems and deserve similar attention and adoration to the AAA titles that dominate the gaming news cycles. For me, the game that most fits that description so far this year is Rollers of the Realm. I got to play through the first chapter of this addictive pinball RPG and was surprised at just how compelling it was. 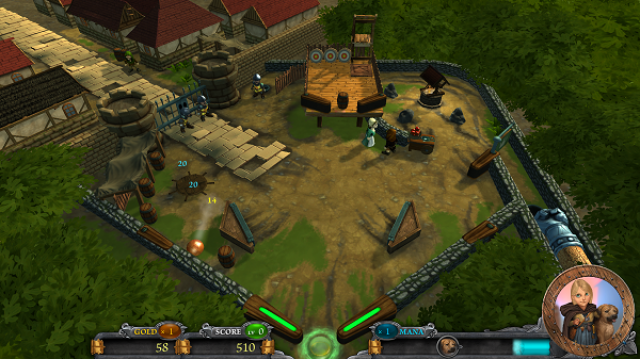 That's right, a pinball RPG. Those two genres don't appear to have anything in common, yet developer Phantom Compass has melded these two divergent gameplay types into one absolutely addictive experience. Rollers of the Realm features multiple human party members which are represented during gameplay as pinballs. Each party member has different characteristics, which affect pinball speed and size, as well as damage output.

The healer, for example, is a small green ball that does not deal much damage, but is able to revive fallen party members using her mana-fueled special ability. The soldier is the muscle of the group and his pinball is a large gray ball that deals plenty of damage. However, his ball tends to wobble uncontrollably at times, and he is too big to access some areas of the map. One party member I started out with was a little girl and her dog. The dog is taken from her early in the story, but once recovered, the dog can be summoned as a second ball onto the pinball table, making the girl twice as dangerous.

Each chapter of the game contains multiple pinball titles. During exploration phase, you can lose balls freely without any penalty. Your goal here is to pick up whatever items are needed and then shoot the pinball into the next area. These areas typically have more than just the standard two pinball flippers - it is often necessary to send the ball up to another flipper which is then used to shoot the ball to its desired destination. If getting the precise shot to advance becomes too difficult, it is possible to tilt the ball by pushing the analog stick in the desired direction. 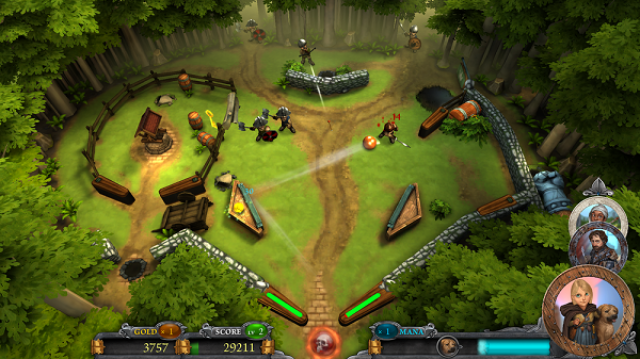 When enemies enter the field, it is no longer safe to lose a ball - doing so means the corresponding character is knocked out and will need to be revived. Shooting the pinball at enemies damages them, and eventually they will be defeated after taking enough damage. Some enemies can attack the flippers, which have their own health bars. When this happens, the healer can be put into play to restore health.

The chapter I played culminated with a boss that seemed impossible to defeat, until I summoned the main character's dog, which did a lot more damage due to the boss's fear of dogs.  If this is the kind of interesting pinball combat we can expect to see during the stated 6-8 hours of gameplay found in the campaign, then Rollers of the Realm has great promise.

Rollers of the Realm will tilt and flip the RPG genre when it releases this Fall on PS4, Vita, and PC (Steam).