Crafting a quality game based on either The Lord of the Rings or The Hobbit is no easy task. The gameplay aspect is rarely the greatest challenge, instead creating a story that intertwines with Tolkien's universe is where many games falter. Whether it's throwing characters into events they couldn't possibly be in or embellishing the plot far too much, the narrative is often times the largest pitfall of such attempts. Monolith Productions, the studio behind the first two F.E.A.R games and the mildly successful Guardians of Middle-earth, hopes to change that with Middle-earth: Shadow of Mordor. Though there are some missteps along the way, Monolith definitely has a great new series on its hands.

Taking place between The Hobbit and The Lord of the Rings, Shadow of Mordor focuses on Talion, a ranger of Gondor who has been sent to the Black Gate to watch over the once evil-ridden land. After being invaded by what is the beginnings of Sauron's Uruk-hai (super orcs) army and watching his family slain before his eyes, Talion also suffers the same fate, yet remains bound to the lands of Mordor, withheld from the peacefulness of death. This is due to an Elven Wraith, who we quickly learn was once the great smithy known as Celebrimbor, the creator of the rings of power that Sauron used to subdue Middle-earth. Together, you seek revenge against the generals who killed Talion and his family, as well as against Sauron himself because of the brutal treatment he meted out to Celebrimbor and his family many years ago.

What begins as a revenge tale evolves into something much more grandiose, playing off the textbook-like companion tales Tolkien wrote in The Silmarillion. Watching Celembrimbor's past unfold is completely engrossing, and gives insight into how the rings of power and the one ring were forged. There are even some scenes featuring Sauron that detail how he deceived the Elves, Dwarves and Men. Yet, towards the last quarter of the game, the story takes some liberties that don't quite mesh very well with the rest of the universe; there's a predictable twist and the ending doesn't sit very well with Talion's motives. By itself, the story plays out as a pretty solid RPG experience, even if multiple scenes come off as a bit abrupt throughout the 15 or so hour campaign.

If you've played the Batman: Arkham or the Assassin's Creed series, then you'll already have a very good grasp of the gameplay in Shadow of Mordor. Mordor itself is split up into two sections that can be explored in an open-world manner, complete with view points, fast travel, side missions, collectibles, mounts, and tons of Uruks to decapitate. Each section isn't terribly big, giving just the right amount of exploration to not feel too overwhelming. Movement is aided by wraith powers and mounts, allowing you to traverse Mordor rather quickly. While it isn't as big as other open world adventures, at least the tedium that can accompany long distance traveling in some games never becomes an issue.

Combat is counter and stealth based, feeling very much like the Arkham series; it even has a series of two-button execution and stun moves after the combo-counter reaches a certain number. Stealth allows the player to keep low to the ground using the right trigger to hide in bushes and behind walls, and take down enemies from the shadows and up above. It's a blatant duplicate of the Arkham series' fighting style, but countering a mob of Uruks, stunning them using wraith powers, and decapitating or exploding their heads is extremely satisfying.

One of the combat system's downfalls is that the default settings include button prompts that appear when you're expected to counter or dodge. While these can be turned off, the orcs still telegraph their moves, which makes combat very easy at times, especially once more upgrades are earned. Due to this, some of the missions that should provide more of a challenge turn out to be lacking in difficulty, with the last couple in particular not requiring much in the way of strategy to complete. The other misstep comes with the Uruks, who are terrible searchers; more often than not they will neglect to look up above them even if Talion if just a few feet away.

Aside from stealth and countering, Talion can let Celebrimbor and his wraith powers take over, granting him ranged abilities with a spirit bow, as well as some other interesting skills. With the bow, objects can be shot that cause huge explosions, allowing you take out large groups of Uruks. Time also slows with the Focus bar every time the bow is pulled up, and this bar can be refilled by absorbing Focus from Uruks or by waiting a certain amount of time.

On top of his ranged abilities, Talion can use Celebrimbor's wraith powers to shoot across the screen and quickly close in on enemies, see enemies through walls and from large distances, stun orcs, and even destroy their minds and have them fight for you later in the game. The most powerful, and some of the most enjoyable abilities, allow for 20 seconds of infinite use of executions, stealth, or fire arrows.

The wraith powers compliment the counter-based fighting quite well, giving you access to enough abilities to keep the combat fresh, but most importantly they are just a ton of fun to use. Shadow Strike is one of the most enjoyable of these, as shooting across the screen and chaining execution after execution is exactly what I want from a brutal Middle-earth game.

In order to enact your revenge on Sauron's generals you'll need to make your way through the ranks of the Uruk army. Captains, and eventually Warchiefs, are hard-to-kill Uruk-hai that have special defenses, like being immune to stealth or range, as well as being able to prevent executions. Their strengths, as well as their weakness (which range from being instantly killed by certain attacks to running away at the sight of mounts), can be discovered by "interrogating" Uruks by fiddling around in their brains using Celebrimbor's wraith powers. Again, its straight out of Arkham, but fun nonetheless.

You'll have to kill a large number of Captains and Warchiefs in order to progress. Note, however, that if you're not fast enough with your assassinations or you get killed by a random Orc, other Uruks can be promoted to Captain, and Captains can in turn promoted to Warchiefs. Each has a tiny back story of how or why they're a Warchief or Captain, but it's not as robust a feature as has been advertised - some back stories are just plain ridiculous and others seem like an afterthought, mostly due to the descriptions being no longer than a sentence.

You'll also be able to absorb Uruk souls and make them fight for you once you get to a certain part of the story. Once a Warchief or a Captain has had their soul absorbed with wraith powers you will be able to command their forces and ultimately start building your own army to go after Sauron and his generals. While the back stories fall a bit flat, clearing out the ranks of the Uruk army greatly satisfies the thirst you'll quickly acquire for more difficult combat, and if you happen to lose to one or he runs away before being finished off, they come back stronger, bearing battle scars from your last encounter.

With the Nemesis system, I saw one Captain refuse to go down even after I slit his throat and impaled him multiple times on my sword; eventually he was completely covered in bloody rags and scraps of metal that were used to fill in the holes. Needless to say losing to an Uruk can result in some really interesting future battles, and creates a real yearning for revenge.

To take out these super Uruks you'll need to upgrade Talion's skills. Upgrading combat abilities through level progression happens in two ways. First, you'll gain XP from completing quests and killing orcs, allowing you to choose from a sizeable tree of abilities that add more powerful combat and wraith powers. You'll also receive Mirian, an ancient Gondor currency, that will let you upgrade your weapons, health, and focus. In your three weapons - a sword, dagger, and bow - you can equip runestones to grant different bonuses, with the Mirian being used to unlock more spots.

Runestones drop from Captains and Warchiefs, with normal runes granting more damage depending on your combo count or refilling your health when you perform a stealth kill. Epic runes, which are gold, give more worthwhile abilities, like having a certain chance to set fire to enemies after executions. They're essentially the loot of the game instead of different equipment and they add a nice touch to the already-varied array of upgrades.

One of the most impressive aspects of the game is the visual design. Great amount of care has clearly been put into character design; Talion's cloak flutters with realism, Celebrimbor looks as though he comes straight from the films, and the Uruks are wonderfully grotesque. Each and every Captain and Warchief bears a different, brutish face that boasts a high level of detail. There were times I just sat and admired the character models, taking in their orcish beauty. Mordor also brims with personality, as the essence of a land falling to evil and corruption is captured perfectly. It's clear that Sauron's presence has already begun to maliciously transform the land, but it still exhibits a sense of wonder where the corruption hasn't completely set in, with rolling hills and vast mountains gleaming in the sunset.

The sound design and voice work are also top notch, with battle effects emanating forcefully from the speakers, and certain sounds - like Talion's sword as it cuts through the air or as he sneaks through bushes - come from the PS4 controller for an added sense of immersion. Troy Baker leads the superb cast of actors, with supporting roles for Nolan North, Steve Blum, and John DiMaggio, each giving fantastic performances for men and orc alike.

While it may exhibit some slight flaws with regards to its story, especially with how it attempts to alter the histories of Sauron and some aspects of Middle-earth towards the end, Shadow of Mordor more than qualifies as being one of the most polished and entertaining games to ever bear the Tolkien namesake. Combat is fast, fluid, and varied. Powers are intriguing, useful, and flashy. Sidesquests are plentiful, the Nemesis system shines, exploration neither feels too boring nor too short, and level progression holds numerous options. It all comes together to form a truly special experience that leaves the story open for more installments. To this Tolkien fan, more of Middle-earth: Shadow of Mordor can't come soon enough.

This review is based on a retail copy of Middle-earth: Shadow of Mordor for the PS4 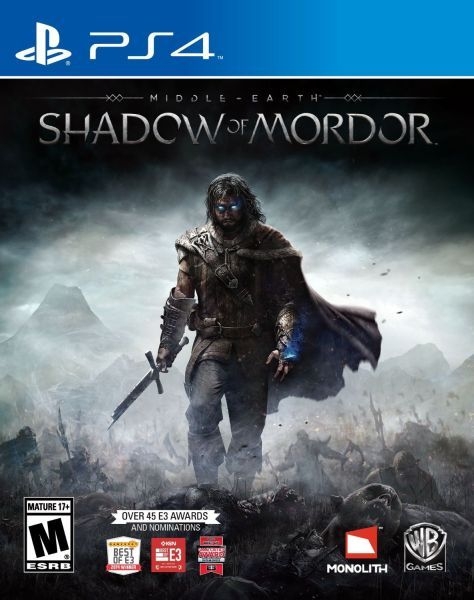