For ten years, Titan Quest operated only on computers, before mobile ports in 2016 interrupted PC's monopoly on the action role-playing game. Home consoles got in on the fun this year, when PlayStation 4 and Xbox One versions arrived in March (a Switch port is TBD). Boasting the game's first expansion Immortal Throne and featuring remastered graphics, Titan Quest for consoles is a decent game, with dozens of hours of content, interesting loot, and a fascinating premise. Some technical hiccups, poor level design, and less-than-ideal gamepad optimization hold the production back, however.

Titan Quest tells the story of an unknown hero who stumbles into a war for the future of the world. In ancient Greece, a group of Telkines (lesser Titans) sever the link between the mortal realm and Olympus, the kingdom of the Gods. They then seek to free one of the last Titans, Typhon, from his prison — part of a master plan to destroy the Olympian Gods who had years ago killed or imprisoned the Titans. 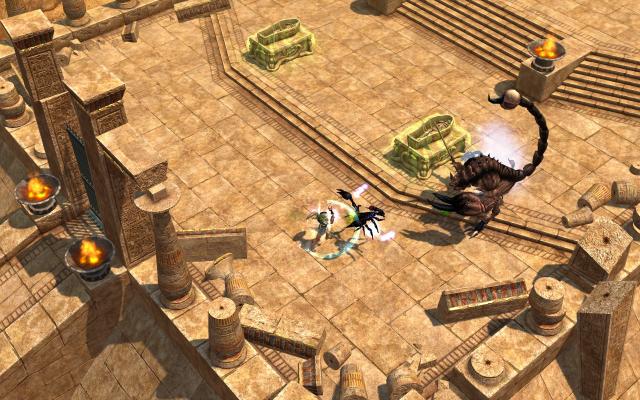 While Titan Quest's story relies on a predictable, archetypal gods-and-monsters plot line, the game's setting is something special. Our hero begins his adventure in Helos, a small village in Greece. From there he travels to Sparta, Delphi, Athens, and, eventually, Egypt, Babylon, and China. This accomplishes two very important things: first, it creates a true sense of forward progress, of an epic voyage across the ancient world; second, it allows the game's developers to include legends, cultures, and creatures unique to several different regions. There are monstrous scarabs outside Giza, for example, and yeti in Shangshung.

One of the best parts of the game — easy to miss if you're not looking for it — is a group of storytellers, situated in villages and cities, who recount famous myths, e.g., Actaeon, who the goddess Artemis transformed into a stag.

Regardless of its atypical, multi-cultural setting, Titan Quest is a very traditional hack-and-slash action-RPG, with lots of dungeon-crawling, hidden treasures, and button-tapping combat. The title's basic gameplay loop is as follows: slay monsters, earn experience points and gold, level up and assign attributes, find loot, reach village, sell unwanted items and equip rare weapons and armor, go back into the field to slay more monsters. There's a reason games like Diablo and Baldur's Gate are so popular; this loop works. It's amazingly habit-forming and engaging, and, as with those pillars of the genre, in Titan Quest it's easy to lose hours to the action-RPG formula. 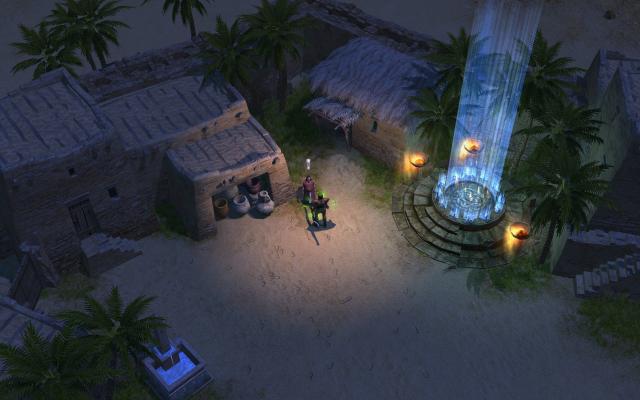 Loot is especially good in Titan Quest. There are hundreds of different items — including magical staves, bows, shields, swords, rings, and cudgels — with scores of modifiers and buffs. Finding a rare artifact or weapon in a treasure chest or on an enemy is a joyful experience. There's nothing quite like equipping your newest toy and seeing your attributes and damage-per-second skyrocket.

The game's "Masteries" system is likewise noteworthy. Replacing traditional classes, Masteries allow players to choose two upgrade systems that reflect their play style. If you fancy yourself a tank, go for Defense. If you're more of magic user, try out Earth, Storm, or Spirit. Careful, though, as once you choose a Mastery, you're stuck with it (there are, however, NPCs throughout the game who will allow you to redistribute points within those masteries — for a price). Combining two Masteries will create a unique character class; for example, Nature plus Defense equals Guardian. This system allows for a lot of player experimentation, and provides an impressive amount of replay value.

Less impressive is the game's level design. While the physical appearance of levels changes based on geography — hanging gardens in Babylon replace sandy tenements in Memphis, for example — the basic structure remains the same: big and bland. Once you've traipsed across one of Titan Quest's amorphous, boring outdoor environments, you've traipsed across them all. 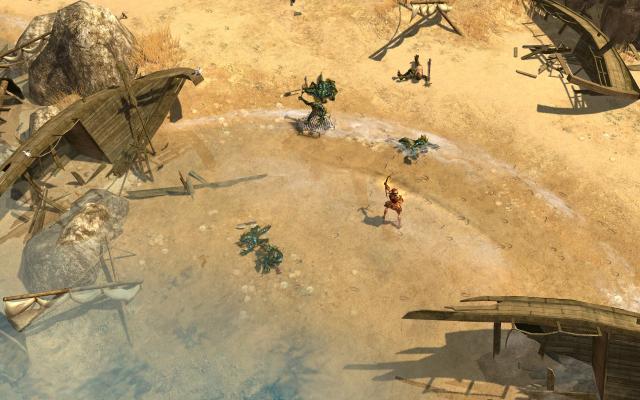 Combat, with regular monsters and bosses, doesn't fare much better. Enemy AI isn't particularly smart; monsters will often return to their starting positions if you wander far enough away. Fighting doesn't require many tactics or much forethought, and, more often than not, button-mashing will win the day. Finally, console controls are not properly optimized for this kind of game, which affects negatively player movement and enemy lock-on.

One of the first things you'll notice when you begin to play the game is that something is wrong with its analog controls. Tilt the left analog stick and your character will march forward. Let go the stick and he or she continues to move for a bit longer. It might sound unimportant — and to be fair after a few hours you get used to it — but it makes movement slippery, and interactions with enemies and NPCs imprecise. When this wonky analog system combines with Titan Quest's loose auto-targeting system, things can get a little messy. 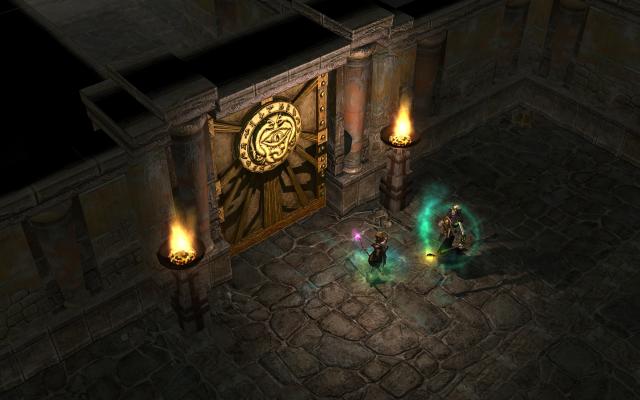 Weird analog controls aren't the only casualty of this console port. Despite upgraded graphics and reworked textures, Titan Quest on PS4 suffers from a handful of technical hiccups and graphical glitches. NPCs sometimes show up as skinless dark outlines, monsters get stuck in the scenery, and corpses at times stand upright as if they'd never been slain.

To be fair, a game as expansive as Titan Quest is almost guaranteed to have a few bugs. Across the main campaign and the Immortal Throne expansion, there are 40-60 hours' worth of playing time, depending on how much grinding you want to do and how many side-quests you want to take on. Online multiplayer extends that number further. Unfortunately, Titan Quest on consoles does not support local multiplayer — a frustrating oversight.

Despite suffering from some unoptimized console controls, bland combat, and boring level design, Titan Quest is a serviceable RPG in the vein of Diablo and Baldur's Gate. The ancient world setting is endlessly interesting, the Masteries class system allows lots of customization, and the huge amount of content is reassuring. Fans of hack-and-slash role-playing games will find something to like here.

This review is based on a digital copy of Titan Quest for the PS4, provided by the publisher.