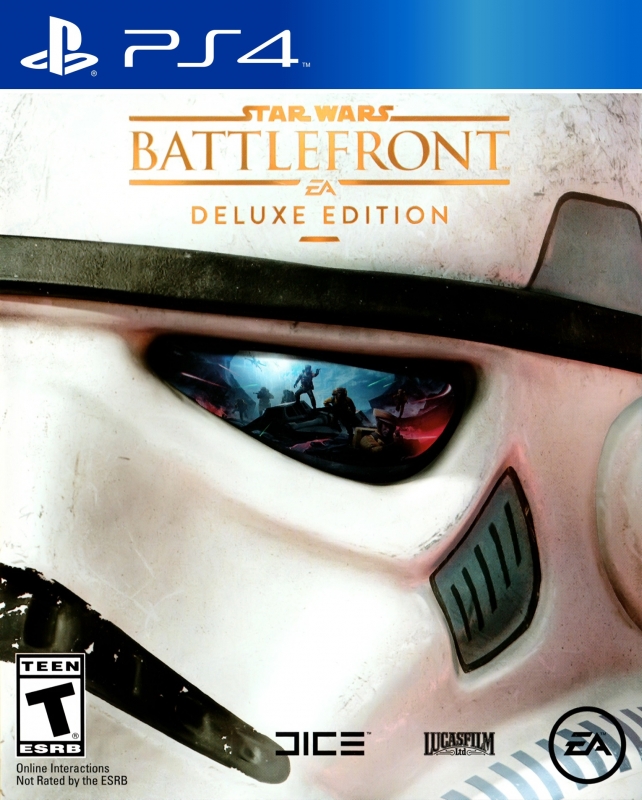 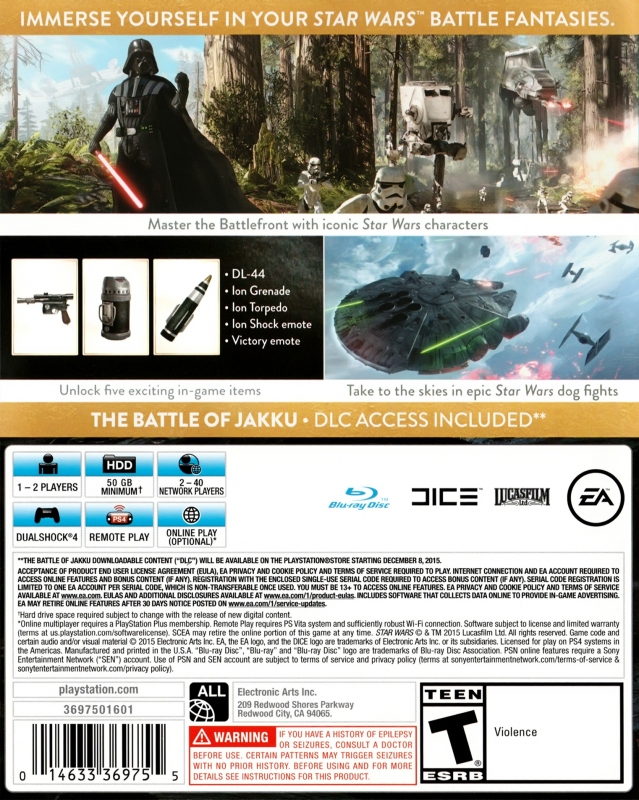 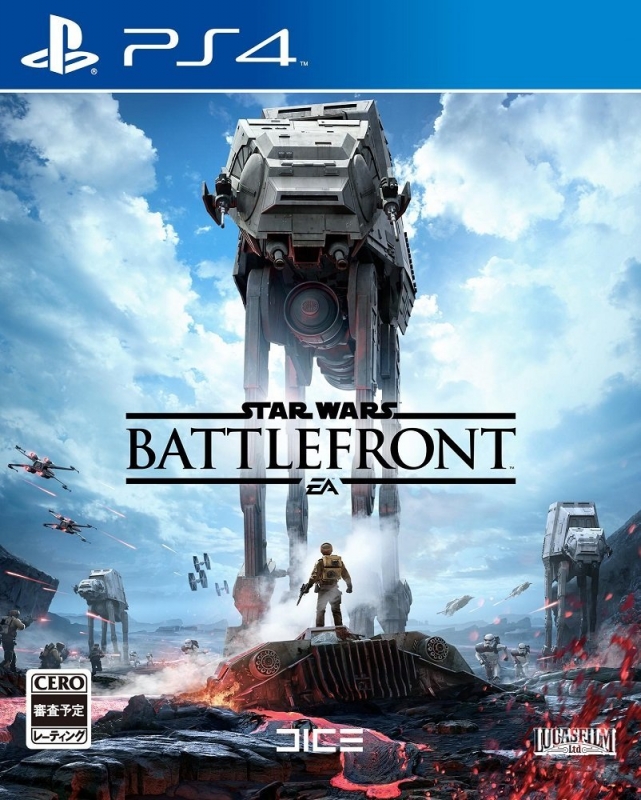 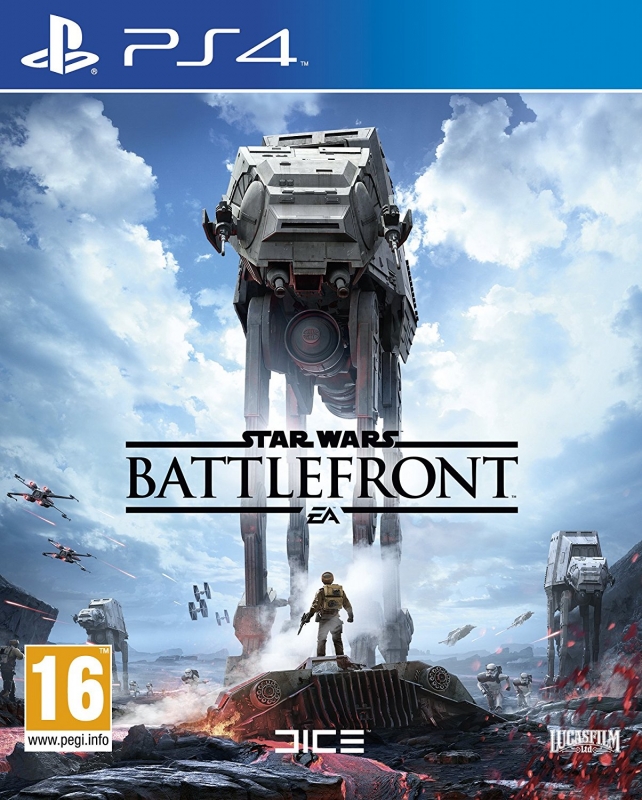 When it was announced that EA DICE was working on the next Battlefront game, I was excited. For years I had wondered what the developer would be able to do with the Star Wars license. Releasing ten years after the brilliant Battlefront II, EA DICE’s Star Wars Battlefront offers an enjoyable, intense, and authentic Star Wars experience, but a lack of content means the game leaves much to be desired. 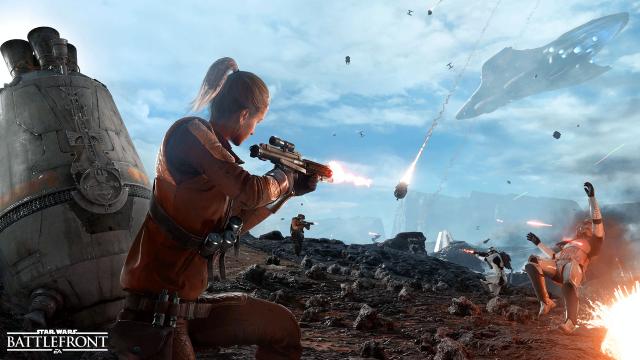 Upon entering a game of Battlefront, it is immediately apparent that EA DICE has crafted a gorgeous game, with an incredible attention to detail and a reverent authenticity to the Star Wars universe. From the forests of Endor to the deserts of Tatooine, never has a game been able to showcase the splendor of the Star Wars planets so convincingly. EA DICE puts the Frostbite Engine 3 to good use and it is a clear improvement over Battlefield 4’s already impressive visuals. The environments are convincingly organic, weapons and vehicles are rendered with meticulous dedication, and explosions and gunfire help reinforce the intense atmosphere of large-scale battles. Visually, Star Wars Battlefront is one of the most impressive first person shooters on the market.

Much like the visuals, the audio in Star Wars Battlefront is just as convincing in transporting players to a galaxy far, far away. Excellent renditions of Star Wars’ recognizable score play at key moments during combat. This goes a long way in engaging players with the Star Wars universe while creating a fun sense of frantic intensity. The sounds of the various blasters, Tie Fighters, X-Wings, and AT-ATs are also faithfully reproduced and this helps capture the unique atmosphere. Finally, the voice overs of the imperial soldiers, rebels, and various hero characters feel as though they are an extension of the films. Players will hear the menace of Darth Vader, the quick wit of Han Solo, the self-confidence of Luke Skywalker, and more as they battle across the various game modes.

Game modes in Star Wars Battlefront are separated by online and offline modes. Offline, players can play a series of Training Missions to become familiarized with the various game mechanics of combat, playing hero characters, and flying. Players can also choose to compete against the AI or another person in offline split screen in Battles and Hero Battles Mode. In these modes, players play as Heroes or Soldiers and are required to pick up tokens from killed enemies. The team that reaches the token limit first wins. 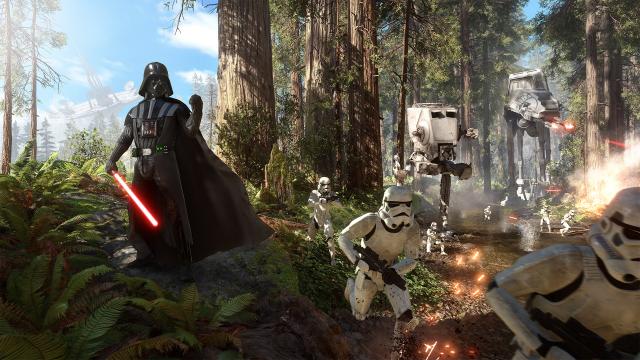 By far the most entertaining offline mode is Survival Mode. In it, players are Rebel Soldiers tasked with surviving a series of 15 increasingly difficult waves of Imperial Storm Troopers. Every few rounds, players will have to take down more difficult enemies such as Tie Fighters and AT-STs. It can be played alone or with a friend via local split screen co-op. These modes offer some thrills but are quite repetitive. There are three difficulty levels for each of them and some collectibles to grab, but more content in the offline modes, particularly a full campaign, would have made it more replayable. It is also worthwhile to note that all of the offline modes can be played online as well.
Most Star Wars Battlefront players will likely be spending the majority of their playing time online. Luckily, EA DICE has included a multitude of online options for players to enjoy. Not only can all of the offline modes be played online, but there are nine additional online modes on top of that. Modes range from smaller battles for eight players, like Heroes vs Villains, to massive forty player modes, like Supremacy and Walker Assault. Most of Battlefront’s other game modes are variations of modes that can be found in other first person shooters, so you have a capture the flag mode in the form of Cargo and a team deathmatch mode known as Blast mode.

Battlefront is at its best in the Supremacy and Walker Assault Modes. Both offer large, chaotic combat experiences that exemplify EA DICE’s penchant for massive battles. Supremacy will be familiar to anyone who has experienced Battlefield`s conquest mode. Basically, Rebels and Imperials fight to capture connected control points. The first team to have possession of all the points or which has the most when the timer runs out is the winner. This game of attack and defend forces you to make quick decisions in an intense atmosphere to help your team achieve victory. Battles are never too far away and objectives are conveniently marked on the screen. 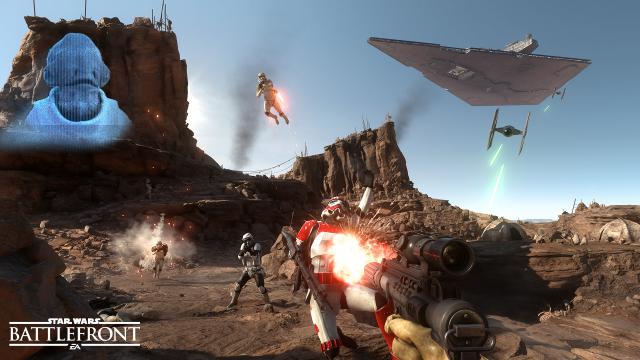 Walker Assault is just as exhilarating as Supremacy, but it offers an even more authentic Star Wars experience. Rebels are tasked with taking down the Imperials’ massive AT-AT Walkers - the behemoth walking vehicles featured in The Empire Strikes Back - before they reach the Rebel base. To help them succeed Rebels can capture satellite uplinks to call upon air support to cause massive damage while they are vulnerable. When they are vulnerable, Rebels can also directly attack the AT-ATs with their weapons to deal some damage. As this is going on, Imperials need to escort their Walkers and do whatever they can to stop satellite uplinks and Rebel soldiers from attacking it. Combining the Battlefield series’ large-scale combat with a Star Wars twist is no easy feat, but DICE managed to pull it off beautifully.
Another notable mode is Fighter Squadron, an aerial combat mode that allows you to pilot legendary Star Wars aircrafts like X-wings, TIE-fighters, the Millennium Falcon, and more. There's also Heroes vs Villains, where you can use some of the iconic characters from the Star Wars films to battle one another, and Hero Hunt, where a lone hero must do battle against a squad of Imperials or Rebels. These modes are generally fun to play, but don’t offer the same sense of scale and intense excitement that is found in Supremacy and Walker Assault.

None of these maps would be any fun to play if the game mechanics were not up to par. DICE has a lot of experience in the first person shooter genre, and has opted to make Star Wars Battlefront more accessible than most other modern shooters. There are moments of genuine Star Wars excitement, but it can become repetitive after a while. This makes it so that newer players can have fun with the game, but may actually be a turn off for more experienced shooter fans looking for an extra layer of depth. 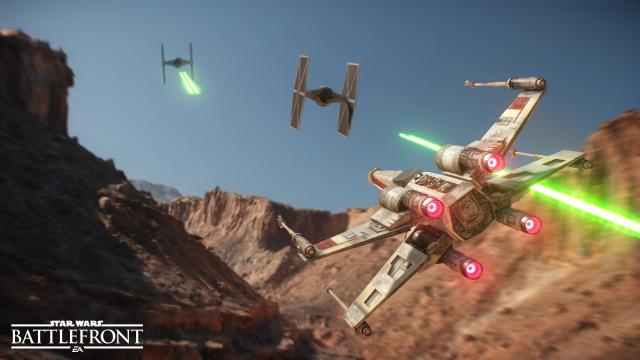 Star Wars Battlefront actually strips away many of the (arguably excessive) advances the genre has become accustomed to in recent years. Recoil isn’t as punishing, players can take more hits before they die, and there aren’t as many weapons or piece of gear to unlock. Instead of being able to extensively modify weapons and load outs, players can equip three card items, like grenades and jump packs, to customize their characters.
Another throwback to older first person shooter games is the fact that certain weapons, vehicles, and the ability to use heroes are only obtainable by collecting power ups that are scattered across the map. All of these design choices make it so that more casual players can quickly get into a game without being too overwhelmed. Unfortunately, this also has the side-effect of giving veteran gamers less options.

Dedicated players will find that it doesn’t take much time to accumulate the credits necessary to unlock all of the weapons and cards in the game. You can also choose to spend credits on various taunts and character skins, but this doesn’t affect the gameplay in any meaningful way. Furthermore, there are only four playable planets in the game. They change and scale depending on the game type, but the lack of varied settings is definitely noticeable after only a short while. Because of all of this, Battlefront doesn’t have the same level of depth as other first person shooter games, nor does it have as much content. 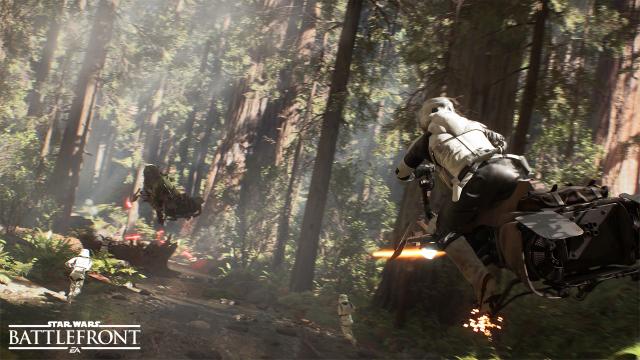 Ultimately, Star Wars Battlefront is a polarizing game. What’s there is actually quite enjoyable and is able to pull players into Star Wars effectively. The presentation is top tier, for example, and effectively captures the essence of Star Wars quite unlike any other game before it. Unfortunately, there just isn’t enough content to keep experienced players engaged for very long; it feels like for almost every plus there's a key negative.
EA DICE also succeeds in creating an easy to pick up and learn first person shooter, but this comes at a cost to depth of play and strategy. Those looking for a quick Star Wars fix will find a lot to like about Star Wars Battlefront. However, if you’re looking for a shooting experience that will keep you engaged for many hours, with deep gameplay and a multitude of options, there are already better options this holiday season.