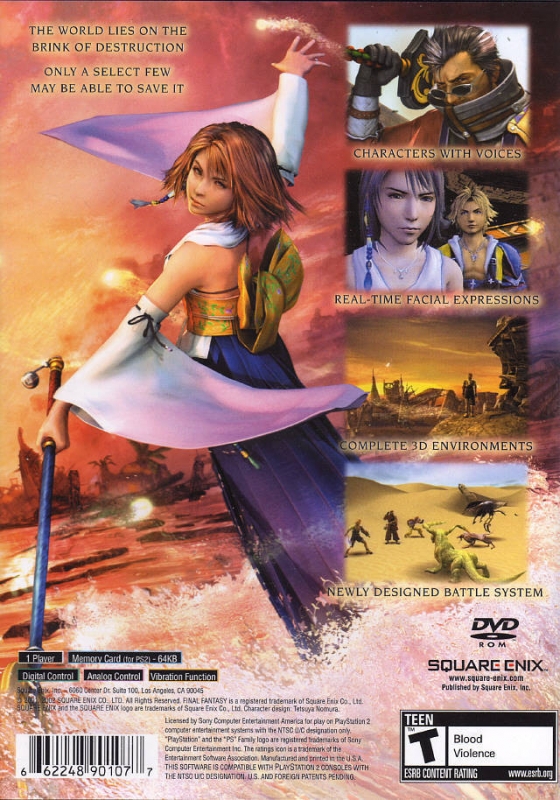 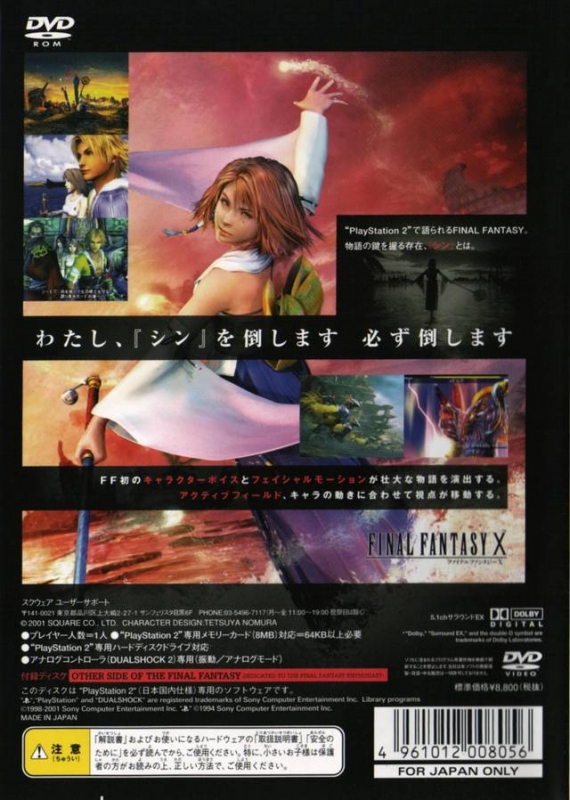 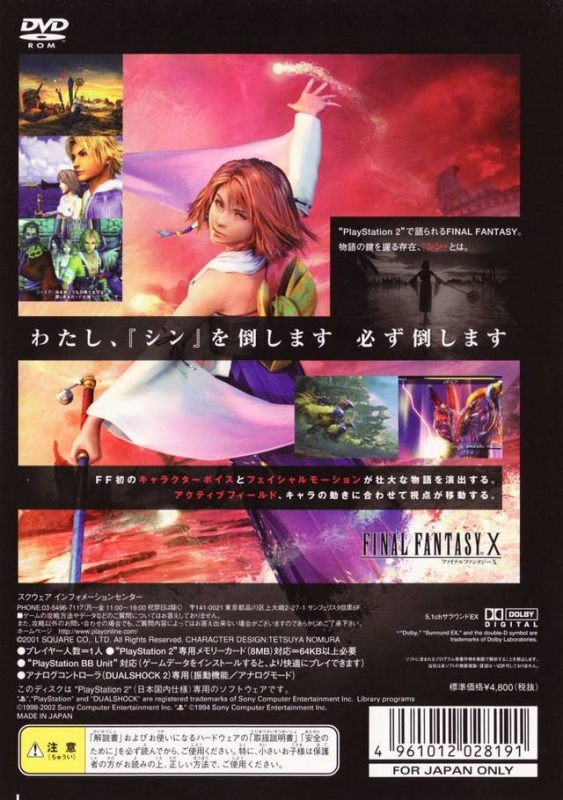 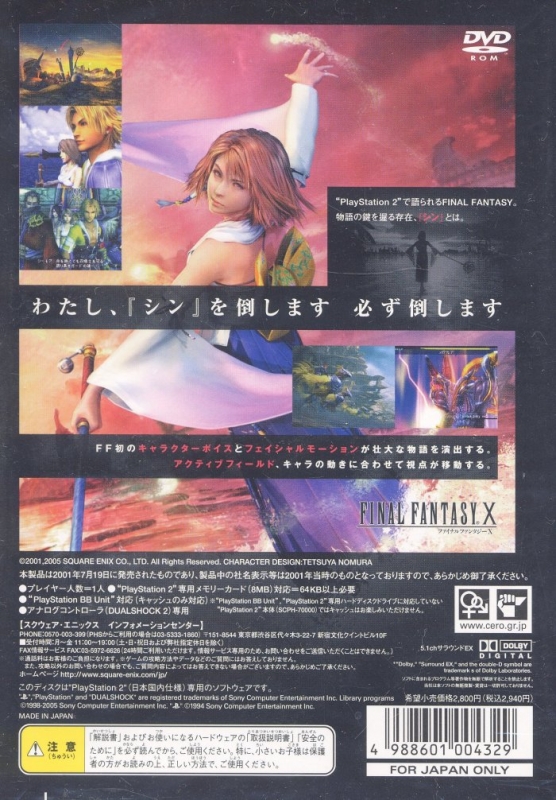 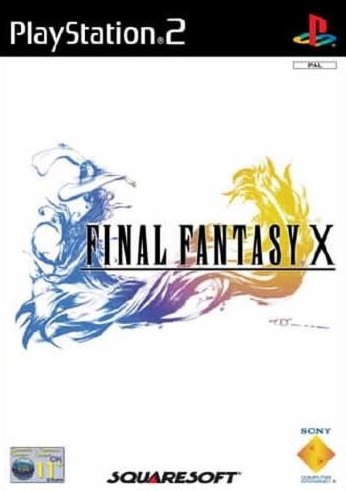 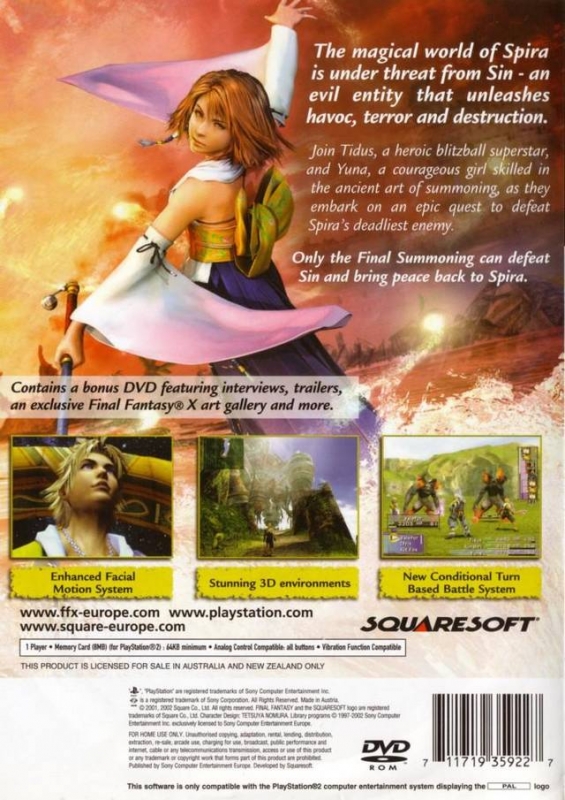 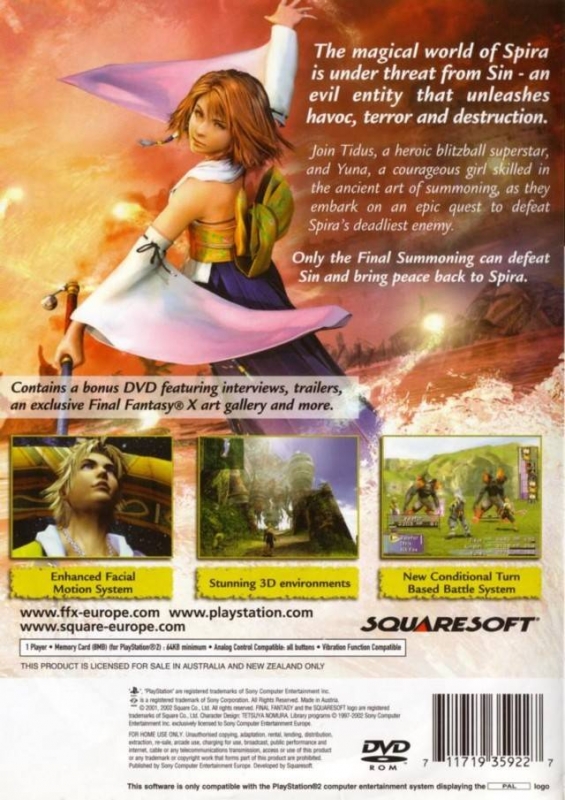 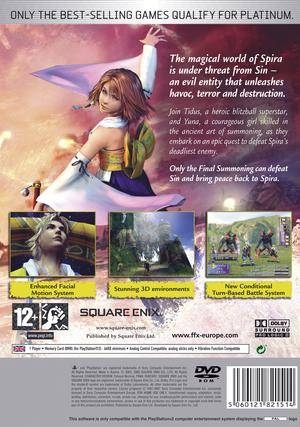 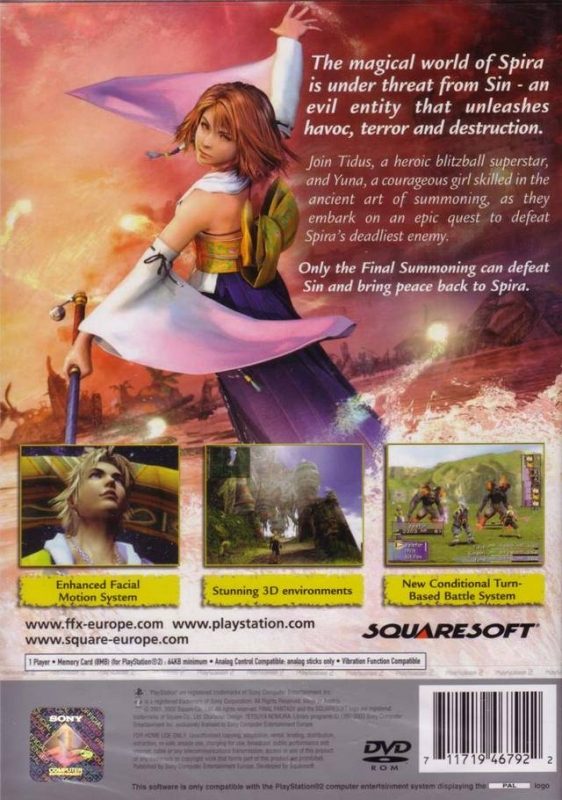 This is My Favorite Final Fantasy, and My favorite game of all time.

Presentation - 10
Gameplay - 9.0
Value - 10
This game creates, characters, world, and story with presentation, the combination of these elements. Make it rivaled by no other. In my humble Opinion.

This review will be edited, as this is my favorite game and I want to create the Right Impression without going too fanboy on it. Though I might.

The Characters, they are brilliant in my mind.

Tidus is an extraordinary character. He is immature at the start, but matures throughout the whole story. He is one of my favorite FF characters because of how he changes, from the weakling to someone important.

Yuna while, she has to fight through the corruption of what she is taught. She also changes through the story. Accepts things. And has to sacrifice things at the end.

Auron, Lulu, Wakka, and Khimari. Have major roles and interesting stories all of them.

The story.
Is one of my favorite story's of all time. Now I know there are certain critisisms, such as the wedding scene. Which were unnecessary. The laughing scene, I loved, it was a bit akward, but it had heart I felt, that the creators were trying to imply. And it worked with me. Games with this much dialogue were extremely uncommon at the time, and the risks it took I felt hit it well. However the concepts it deals with far outweigh a few overwritten points. The correlation it deals with in the real world Yevon atleast to me = Organized Religion (which I will not name). The twists Tidus goes through, finding out who, and what he is makes this adventure. Amazing. I will not put too many spoilers as those are the most fun part of the game.

The Graphics. Still, very gorgeous to look with the pre-rendered movies and backgrounds. The world is still vibrant. The style is top notch IMO Nomura's best character designs.

The Sound: The music is fantastic. Zanarkand is one of the best FF tracks ever as well as the battle theme. The voice acting, was Ok. I liked tidus, as it fit him, Yuna's was easily the worst Voice bit was much better in X-2, however Lulu, Rikku, Khimari , and Wakka (Khimari's and Wakka's Voice actors is Bender's voice actor from futurama). As well. Uematsu and the other composers once again did a fantastic job.

This Battle System. Was like a more complicated Pokemon System. As each character has specific abilities and what creatures they are better for. You can use any of your 7 party members. This isn't my favorite FF battlesystem as FFXIII's is. But it was very good.

This game, for me was greater than the sum of it's already great parts. I can't write a review that does this game justice in my opinion. As, it's negatives stick out because in my mind there are so few of them compared to many other games. But, I tried.