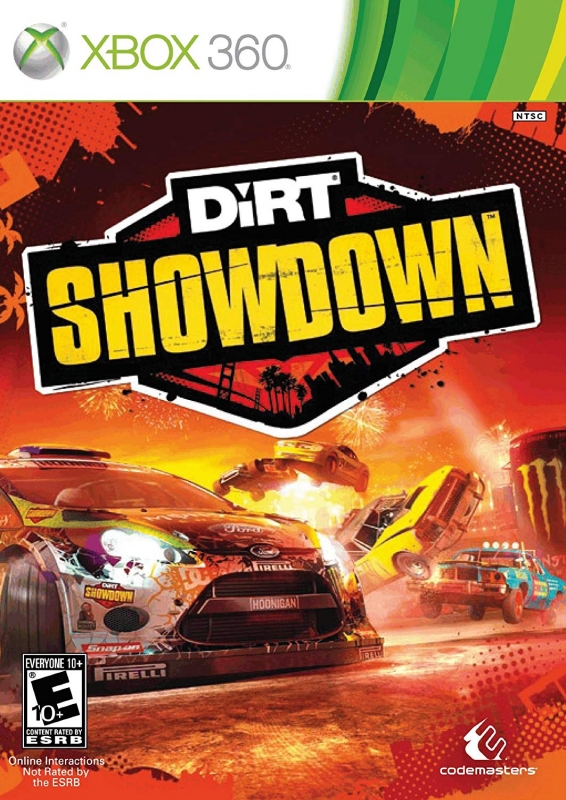 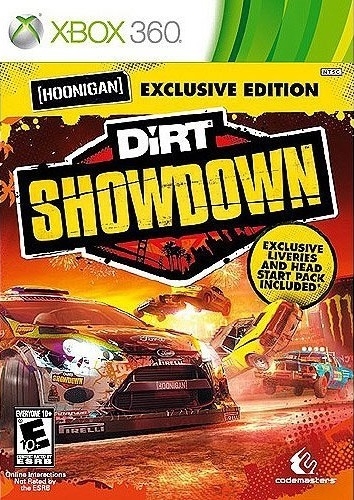 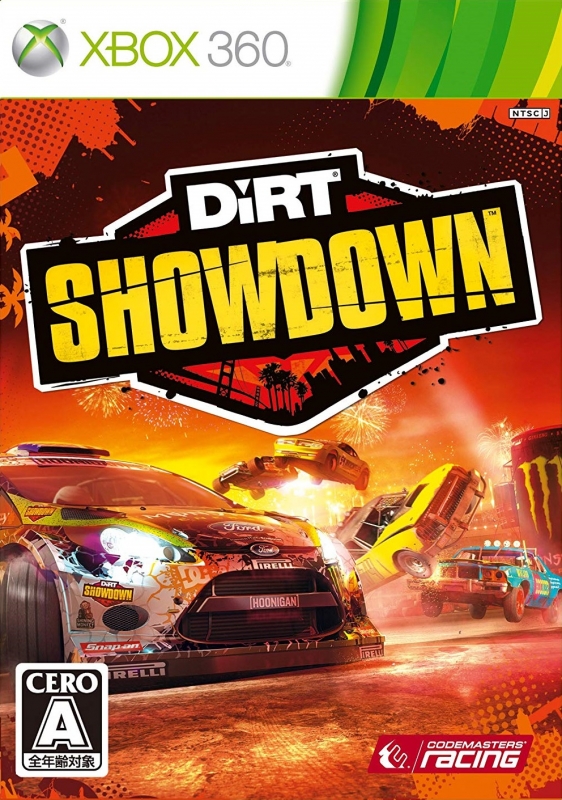 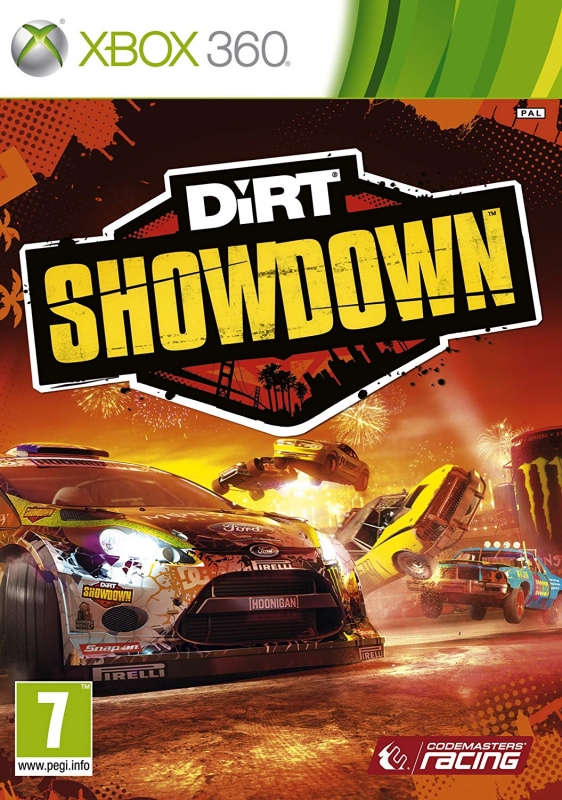 DiRT 3, you may recall, released just last year to stellar critical and fan reception. Whilst a direct sequel within such a short space of time would naturally be undesirable to many, it’s also understandable that, with Codemasters renewing their focus on what they’re best at (the racing genre), they wish to build on the strengths of the DiRT brand. The result is DiRT Showdown - a spin-off title, rather than a direct sequel, which eschews all traces of pure rallying and instead draws together much of the side content found in previous DiRT and Race Driver entries and builds an entire game around it. The problem is that this isn’t really sufficient foundation for a fully-fledged racing title, or at least that’s what DiRT Showdown suggests.

The disciplines in question are: destruction derbies, traditional races, and gymkhana-based events. All of the events in the game are based around variations on one of these three concepts. Destruction derbies, for example, often take the form of a race around a standard ‘8 ball’ track (much like the destruction derby events in GRID), but there are also survival events (try to keep your vehicle in one piece for as long as possible), and points-based events (where you’re awarded points for dealing damage to, and wrecking other vehicles in an arena). This introduces additional layers of variety to what would otherwise be a very one dimensional experience, but even with these variations DiRT Showdown starts to run out of steam long before its mainline predecessors ever did. 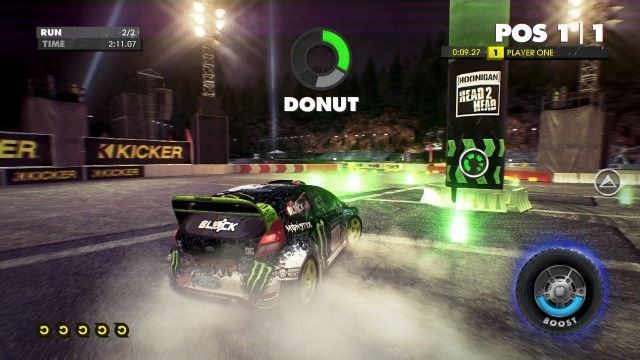 I feel there are two main reasons for that. First of all, I’ve never personally enjoyed the gymkhana events in DiRT; they were necessary evils to progressing through past DiRT campaigns, but here they make up almost a third of the entire game. Secondly, and perhaps more disappointingly, destruction derby still feels very limited. In GRID this was fine – the destruction derby events in that game were meant as fun asides, so the lack of map and event variety wasn’t an issue. But the standard destruction derby races in Showdown are almost no different from the ones in GRID, and there’s very much a distinct lack of map variety. When DiRT Showdown was first announced I was excited about the prospect of Codies taking what was a really enjoyable aside in GRID and really running with that concept and fully fleshing it out. I was at least expecting some great track designs. That hasn’t happened. Instead, it feels like the events from GRID have been transported into the DiRT universe - with little or no change taking place in the process - and some mini-games revolving around the destruction physics have been introduced to compensate for that. I really can’t stress enough how much of a missed opportunity I think this is.

At this point I feel it’s necessary to say that DiRT Showdown is great fun, and the gameplay is (almost) up to par with other entries in Codemasters’ key racing franchises. I am highly critical of certain aspects of Showdown, but almost all of that criticism revolves around a disappointment at the game’s lack of ambition, its poor value proposition, and a few presentational niggles. The racing mechanics are still top-draw; that perfect balance between sim and arcade handling that makes Codies games the most enjoyable racers in the industry still shines through, and it’s great fun to smash into other cars and watch the damage physics and modelling do their magic. 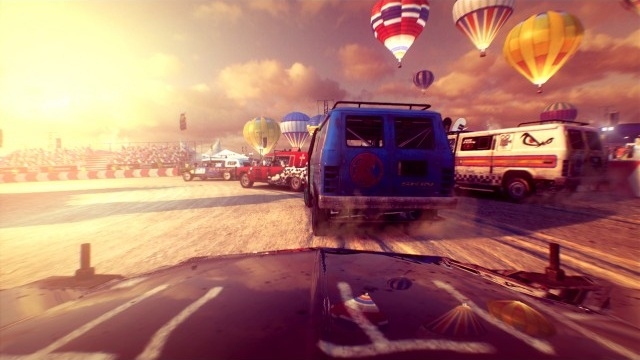 Nonetheless, Showdown falls just short of the presentational excellence we’ve come to expect from Codemasters racers. The good news is the tracks look superb, the damage physics and modelling make the gameplay compelling, the sound effects and music are brash and bold as ever, and there are plenty of varied locales on show, from snow-covered peaks, to a wet Tokyo at night, to dirty, grimy old England. The bad news is that a lot of the locations - and even a number of the tracks themselves - have been imported from other DiRT games, so fans of the series could be forgiven for feeling like they’re re-treading old ground, and the damage modelling for the new vehicle designs is merely sufficient, rather than spectacular.

It’s also worth noting that there are no in-car views. I typically play racers in third person view, but occasionally make an exception for games with stunning in-car views (most notably DiRT 3). In DiRT 3 you’d find that puddles of standing water or mud would splatter across your windscreen on certain tracks, obscuring your view until your wipers managed to clear it off. You’d also be able to view the full effects of the damage modelling from the interior of your car. These little touches were treats for the eyes and made for an exhilarating gameplay experience, so their absence from DiRT Showdown is unfortunate. 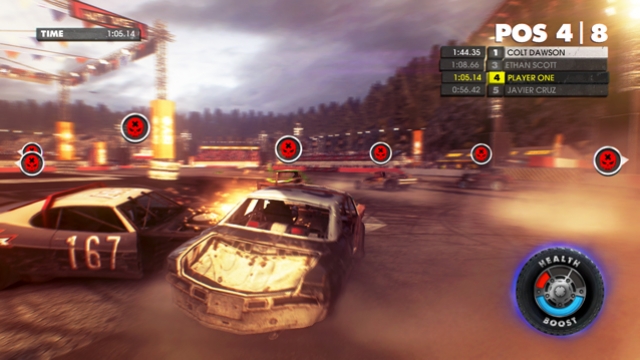 On the one hand this is the most accessible DiRT game to-date; it’s easy to see people dusting off their copies when friends are over, loading up split-screen and heading straight into a destruction derby match to smash the heck out of each other. There’s also a lot of variety found within the three aforementioned disciplines, such that someone who hasn’t played a DiRT game before will probably get their money’s worth from the main campaign, and there’s a decent online component that helps round out the package. But on the other hand this is definitely the shallowest game in the franchise. Too many of the locales and tracks are taken from other Codemasters games. The same can also be said of the events themselves, which for the most part lack both originality and depth. It’s a package which feels more limited, and less polished, than its lineage demands.

As enjoyable as DiRT Showdown can be, it’s difficult to shake the feeling that this should’ve been an expansion pack for DiRT 3, rather than a stand-alone title. DiRT Showdown draws too heavily on the series’ back catalogue and ultimately lacks the ambition and vision necessary to carve out its own niche. Now, Codies, about GRID 2…


This review is based on an Xbox 360 copy of DiRT Showdown, provided by the publisher.