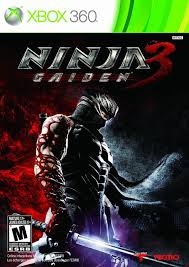 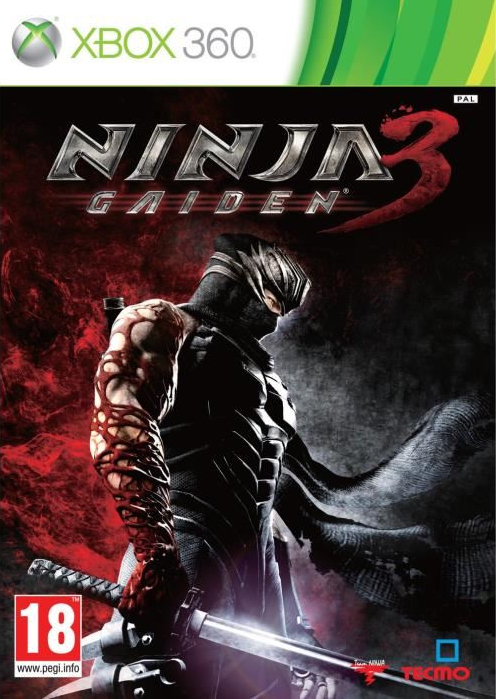 As the first game of the modern Ninja Gaiden series without infamous game designer Tomonobu Itagaki in the director’s chair, it’d be easy to write off Ninja Gaiden 3 as a cheap cash-in. However, with Team Ninja still behind development, and, most surprisingly of all, a story penned by the legendary Masato Kato (whose credits include Final Fantasy VII, Chrono Trigger, and work on the original Ninja Gaiden trilogy for the NES), Ninja Gaiden 3 holds an air of legitimacy that would not otherwise be present. Unfortunately, the combined work of Team Ninja and Kato cannot save Ninja Gaiden 3 from being a massive disappointment.

Ninja Gaiden 3 continues the story of Ryu Hayubasa, a ninja of the Dragon Clan, now working for the Japanese government as a special agent. This could have been a cool plot set-up if it wasn’t already the same basic premise as 2008’s Ninja Blade (itself already a poor Ninja Gaiden rip-off), though Ninja Gaiden 3 attempts to distinguish itself by exploring Ryu’s character. However, despite a more ambitious story than its predecessors, Ninja Gaiden 3’s plot fails on almost all fronts, be it the nonsensical dialogue, plot-holes, or extremely poor pacing.

The Ninja Gaiden series has always been able to make up for poor storytelling with well-designed gameplay, but Ninja Gaiden 3 simply does not cut it. Precise and demanding risk-vs-reward duels have been reduced to a series of simple hack ‘n’ slash encounters, and the game tries to artificially up the intensity by throwing a bunch of mindless enemies at you. Ryu is no longer the efficient killer he was of past games - he slogs through the battlefield, randomly swinging his blade through the air as he struggles to control the direction of his attacks. Compound this with a horribly placed camera and it’s almost like this game tries to actively to make sure you're having the least amount of fun at any given time.

Team Ninja must have been aware of these issues, because it seems like they drastically toned down the difficulty to compensate. While there is a lot to be said for making a game as accessible as possible, Team Ninja has removed virtually all challenge from the experience. Other than a couple of harrowing boss fights (many of which you’ll have to fight more than once throughout the story), most encounters can be won through button-mashing. Build up a meter, and you get your choice of two screen clearing, insta-kill moves at the push of a couple of buttons (one of which will also instantly regenerate your health). This is not the Ninja Gaiden that this generation of gamers has grown to love; this is "Dynasty Warriors: Ninja Gaiden Edition".

This lack of depth bleeds over into the presentation. The engine shows no apparent additions or improvements over Ninja Gaiden II, environments are flat and lifeless, and the voice-acting is grating to say the least. Everything about the design is so static and dull that often I couldn’t believe that I was playing a game from 2012. The one saving grace comes from some interesting moments examining Ryu’s psyche and guilt over all of the victims he's claimed. I commend Team Ninja for attempting to shake things up in this way, but the execution is botched; why should I feel guilty about slaying this one dude, when I’ve done so without mercy to thousands before him?

Multiplayer is the epitome of tacked-on. There are two modes offered: Trial Missions and Clan Battles. Trial Missions are essentially small arenas from the single-player mode that can be played alongside someone online. And... that’s it. Clan battles are a little more interesting, offering 4v4 close-quarter ninja battles. Unfortunately, the targeting and camera issues that plague the single-player are exacerbated by the chaos that these matches devolve into. Your ninja can level up to learn new moves, gain new weapons and customize its appearance, but all of the upgrades are superficial, and the customization options disappointingly limited.

Ninja Gaiden 3 would have been a bad game by 2004 standards. By today’s standards, it’s downright embarrassing. It’s almost baffling how many steps back this game has taken from the Itagaki-directed prequels, and just goes to show how important a strong, guiding vision is for game development. Ninja Gaiden 3 holds a few interesting ideas hidden within, but the sacrifice of a coherent storyline and well-designed gameplay is far from a worthy trade-off.