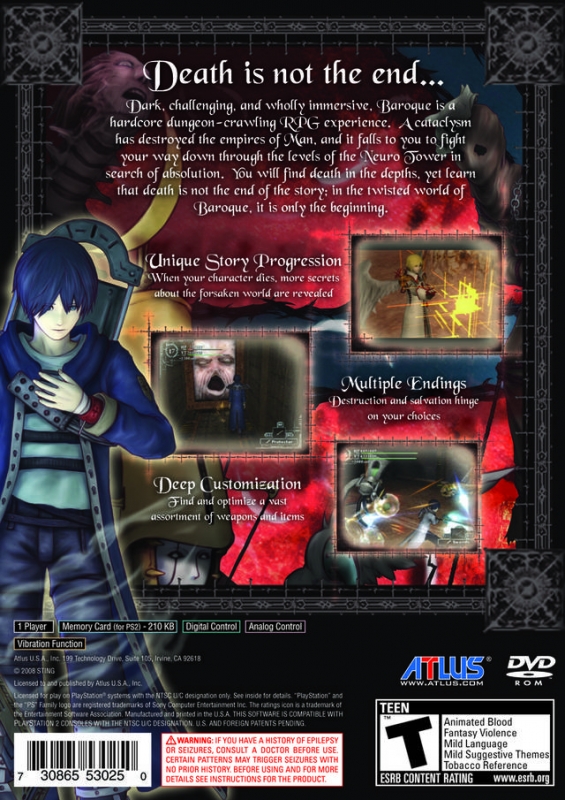 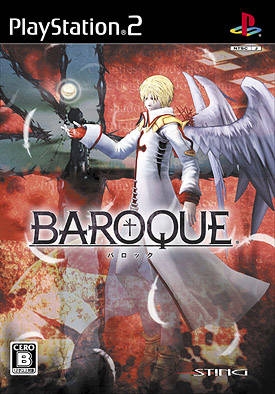 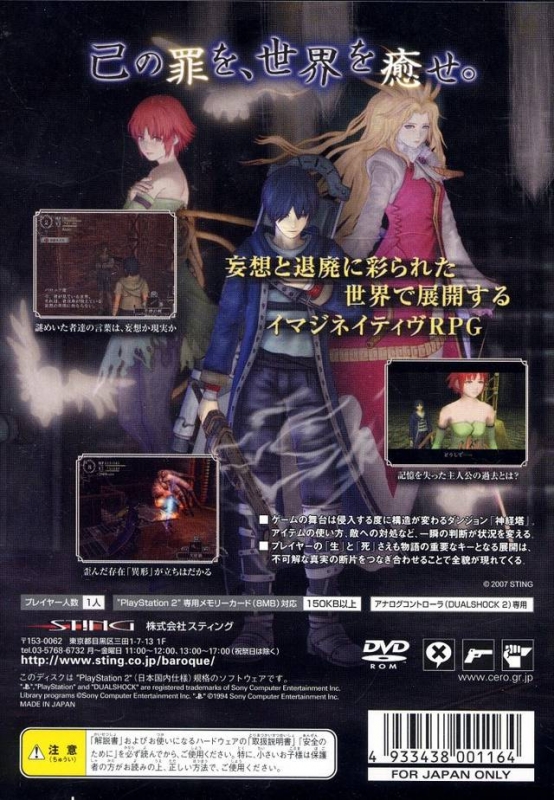 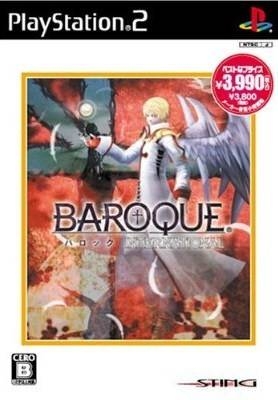 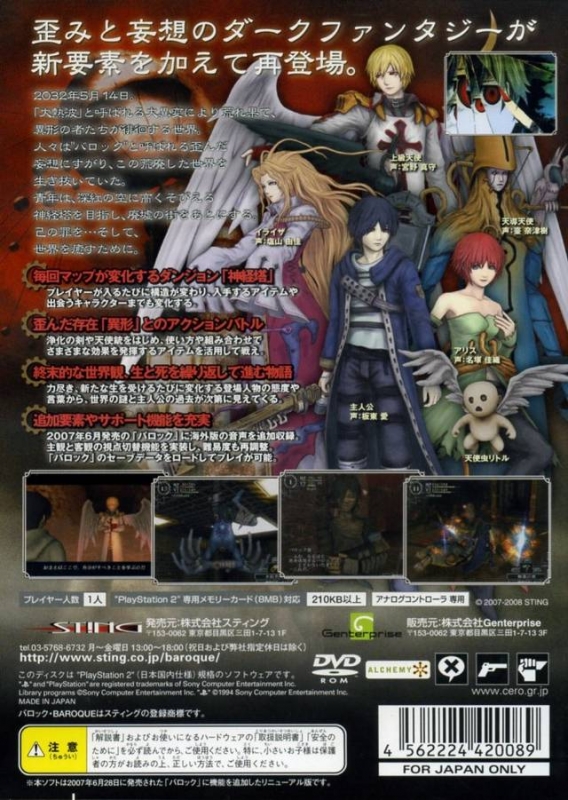 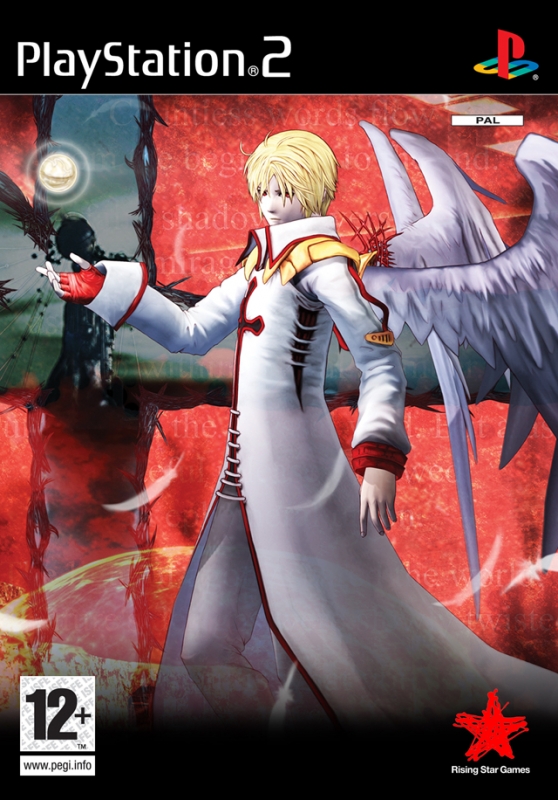 Quite possibly the most hardcore RPG I've ever played, and that's saying a lot. To many death is the end, in the twisted world of Baroque, it is only the beginning.

I’ve played my fair share of role playing games, and enjoy most Japanese style RPGs that I’ve come across. When Atlus announced a planned localization of Baroque for the PS2 and Wii, I was pretty shocked, as I always felt that it was one of those games that would never end up on our shores. Not that Baroque has any qualities that would make it sell poorly over here, but the game is probably the most hardcore of games you can come across. For starters, in order to progress the bizarre storyline, you have to die. Not once, not twice, but many times. Also, when you seemingly “beat” the game you realize that you are stuck in an infinite loop similar to a dystopian version of the popular film Groundhog Day. Originally developed for the Sega Saturn and later ported to the PlayStation, Baroque has had more than a few facelifts. This new version was completely remade by Sting, the developer of Yggdra Union and Riviera the Promised Land.

The storyline follows the traumatic battle of a nameless, mute protagonist trying to piece his shattered memories back together. Our hero awakens to find the world in ruin, and his heart ripped apart with unexplained guilt, and visions that he does not understand. A horrible cataclysm has ruined the world, and whatever left appears in a state of decay. Angels and demons alike walk the earth in search of whatever they can scrounge up to survive. In this nightmare, it falls to our hero to descend a mysterious underground “tower” in search of absolution by command of a heavenly figure – the Archangel. This story is slowly explained more as you explore the game, and giving away any more could ruin the game.

Let me begin this review by telling you that Baroque has one of the coolest introduction movies that I have ever seen in any video game pretty much ever. The following is definitely reminiscent of games like Persona or even the anime Evangelion:

Due to this introduction alone, I fell in love with the game’s industrial rock fueled soundtrack and the art style almost immediately.

This may be a cliché, but Baroque is definitely a game that you will either love or absolutely despise with the power of five suns. This is a game made for lovers of Rogue-like games[.] A rogue-like game is usually characterized by random dungeons, no emphasis on storyline, and (especially with older ones) permanent death. This has led these games to be on the fringe of the RPG community, yes even further than tactical RPGs. Some more recent variants on this formula are the Shiren the Wanderer games and Izuna. Baroque has all of the trappings of a classic Rogue-like including the aforementioned permanent death, randomly generated dungeons, and a seemingly lack of storyline. As you progress through the game, you will learn that the storyline is actually pretty intricate and well thought out, but it is handed to you in tiny chunks.

Once into your adventure, you will notice that the game does not hold your hand at all. You are simply told by a mysterious character named Archangel to descend to the bottom of Neuro Tower and that’s about it. Once you are in the game world, you are left to find out what you can do. It wasn’t until my second run through the game that I realized there is a non-mandatory tutorial dungeon that I could have gone through, which I thought was pretty good, but funny that I missed it the first time around. There is also a lot of trial and error involved with the game. Case and point was a situation where I realized just how powerful the gun you begin with was, and proceeded to use it on all of the enemies in a room. That was a bad idea, as you only have a handful of shots with said gun, and I died because of a swarm of baddies and my empty gun. This almost open ended-ness is pretty good, not too open, but just enough to give you freedom, take this from a person who does not like the vague open worlds in MMORPGs.

The basic controls are well…basic. Essentially you have a button for melee weapons, a button for kicking and a powerful attack button. Another button brings up the menu, and that’s really about it.  The last bit of control know-how you need to wrangle is the way you control your character which is simply with the Nunchuk stick.

As you progress through the game you will notice that you have two gauges, one that shows vitality and one that shows Hit Points. Right from the beginning, you will see that you must keep moving around and killing monsters, as the vitality gauge is always dropping, once it is empty your HP is next. This makes many situations frantic, as you may find yourself in need of health and not see any monsters in sight. To overcome this, you need to level-up and do it fast, because of this you can choose to progress through each level killing every monster, or looking for items that artificially do the job. You also need to be on the lookout for better weapons and armor which actually show up on your character. Don’t get too used to your possessions though, as the game loves to make you mad by having a monster break all of your weapons, or steal your armor, etc. This means that you always need to be on your toes.

As you progress further you will start to see a portal of sorts that you can hurl items into, this will make said item stay in the real world, if you die in the tower. So theoretically, if you spent something like 300 hours on this game, you get all items available at the start of a run-through. I know that sounds silly and nobody would try it, but I bet there is someone out there that will. If you manage to “beat” the game once, the next time you enter the tower it will be larger. This happens a few times as you play the game, and you will ultimately have to play the game at least four times to beat it completely.

The magic system in the game is actually pretty cool and allows you to do some really creative stuff if you put your mind to it. For instance, in one room I found an item that allowed me to summon all of the floor’s monsters into said room, and another item that froze everything in the room. I logically put those together, and got instant massive kills, and gained something like three levels all at once. To me this was one of the better aspects of the game as the spells and items were fairly varied and forced you to be adventurous with the way you tackled the game.

As I stated before the music found in Baroque is probably some of the best RPG music I’ve heard in a while, not simply because it is techno-industrial, and I’m partial to the genre, but because it was so different. Aside from the Shin Megami Tensei series it seems that every JRPG has similar grandiose orchestrated soundtracks. This is cool except that after playing something like 100 RPGs, something different is always pleasant. As good as the music is, the graphics do not fare as well. This is probably due to the game being a remake of a port of a Playstation game, but it definitely does not push the system at all. The colors are all drab, dark and dreary. And although this adds to the atmosphere of the game, it seems kind of weak artistically.

All in all I like Baroque despite its flaws, and people with similar tastes should enjoy it as well. If you don’t mind the random dungeons, multiple deaths, and weird game structure, you should be in for a treat. The value of this game really depends on if you like it or not. Although it exists at a budget price, if you simply hate the game, you will be stuck with a doorstop, but if you love it you could easily waste something like twenty-thirty hours on it realistically (300 supposedly if you are nuts). For a quick dose of rogue-like goodness you really only have this or Nightmare of Duraga to chose from, and Baroque isn’t too bad.