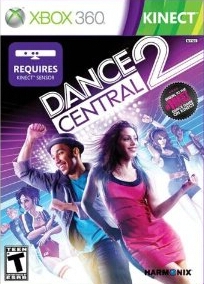 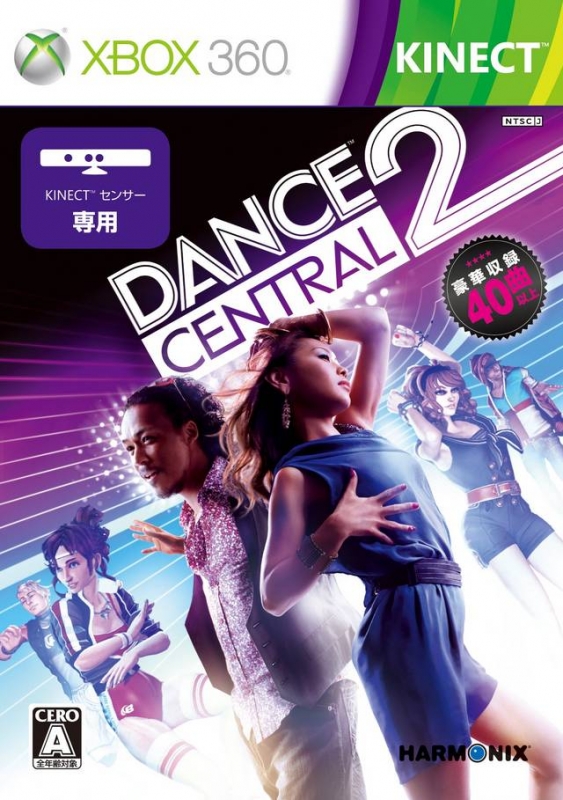 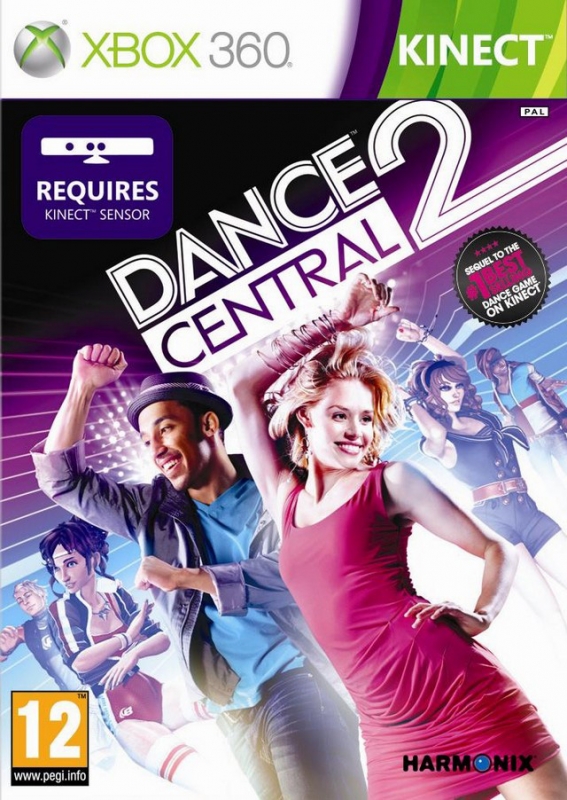 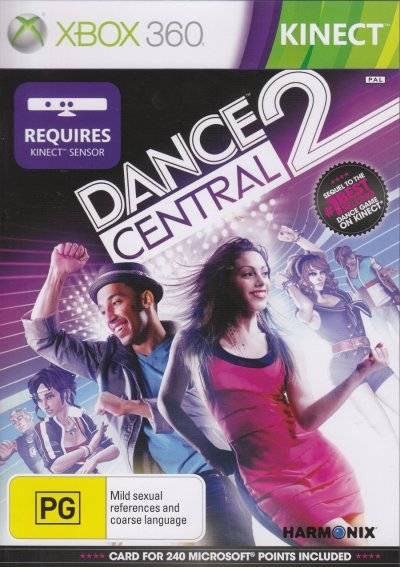 Good, but more of the same.

Harmonix had a hit on their hands with Dance Central, and pretty much blew away all the other dance games available for Kinect at the time, and while the second installment is still a good game, it is in most ways just more of the first game. Unfortunately, it doesn't really build on any of the features that were so good in the first game, instead it repeats them, and shuffles things around a bit.

The core of the game hasn't changed a bit. Just as in the first game, players mirror dancers on screen to complete moves and score points and attain star ratings (as in most rhythm games), with your moves being rated from "Almost" to "Flawless". The better you perform the move, the more points you get. There is a small amount of unlockable content, in the form of one additional dance crew and "street" outfits for each dancer, but other than that, the whole game is available right off the bat. If you're having trouble, you can "Break it Down" and go through routines one move at a time. The fitness mode is back, keeping track of your calorie burn and time spent dancing, which is great for people like me who need to exercise more, and photos are still optional (other than for getting that one pesky achievement). Generally it's a pretty simple concept, which is much of what makes the game work so well. The main addition to Dance Central 2 is of course, support for two players, and while this is a much needed addition, I found myself extremely let down by the simplicity of the 2 player modes. The intro movie really has you hoping for routines that play up the fact that there are two of you dancing, yet two player co-op might as well be two single player games happening at the same time, as the choreography is exactly the same for both players.

Dance Battle mode adds two new features to the gameplay: first, there is "solo" mode which puts the spotlight on one player for a short time and doubles their points through that section; second is the 'free-for-all', in which four flash cards come up and whichever player executes any of the four moves first gets the points, and the points from each level in the grid are worth different point values. If you can master this, it's where a large majority of your points are going to come from. Friends and I both found this new addition a bit confusing at first, as there is no mirroring, just flash cards, and Kinect's recognition of the moves was a little dodgy. Still, it adds at least a little much-needed freshness to the two player side of the game. Other than that, the choreography is still the same for both players, and it's a fairly straightforward points competition. While the Dance Battle mode is slightly more interactive, I still feel like it could have used more interaction between players in order to really build up the competitive nature of the battle, possibly with power-ups, attacks, or something similar. Almost all of the dance moves that comprise Dance Central 2's routines are brand new, to the near total exclusion of moves used in the first game. The new moves aren't really any more difficult than those in the first Dance Central, nor are they wider in scope either. There's now an option to turn off freestyle for a totally choreographed routine, which people like me who have trouble improvising will appreciate. The routines are also much less gender neutral than in the first Dance Central, as I found myself moving parts of my male body that I was not designed to, especially during many of the songs sung by female artists.

Most of the new features introduced are in the "Break it Down" mode and the menus. The most notable and beneficial addition here is the use of Kinect's voice control, allowing you to choose songs, difficulty, mode, and then get straight to dancing, without all the arm waving in the menus. Voice control also lets you skip, slow down, speed up, and repeat moves in "Break it Down," which, when combined with the new ability to record video of your attempts at the move to compare to the dancer, makes the practice mode much more useful for really mastering the routines. While nobody really likes seeing themselves on video, it is good to have an unbiased eye to show you where you need to change a move, and avoid the issue I had with the first game of: "I totally just did that! The sensor must not have seen me right!" After having used the video feature, I assure you, the sensor sees you just fine. Dance Central 2's graphics are essentially a repeat of the first Dance Central; many of the same dancers are still around, although the motion capture looks slightly smoother and the facial expressions on the characters are more detailed, which makes for some funny moments when male dancers give a completely feminine "c'mere sexy" look. And take it from me, laughing during a dance doesn't help your score any.

The set list is much larger, at 44 songs compared to the first game's 32, which is very welcome, but the set list is more of the same from the first game, and still overly heavy on rap and R&B, with a little current pop and a few vintage songs. I still feel, as I did with the first game, that this is a weak point when compared to the genre's leader Just Dance, which has 45 songs along with vendor exclusives in its third installment, and is, as it always has been, much more varied in its content, pulling from such diverse places as Danny Elfman's "This is Haloween" to the Scissor Sisters, and even classic rock. Dance Central 2 only varies from Chingy's "Right Thurr" to Justin Bieber's "Somebody to Love." It seems the producers over at Harmonix have forgotten that since we're dancing in our living rooms, it's possible (even preferable) in a dance game to dance to songs that don't have a stereotypical "dance beat," and have instead focused on a setlist full of cliched dance songs like "This is How We Do it" and "Baby Got Back." I really wanted more variety in the set list this time around. As with many music games, you can import all of the songs from the first Dance Central for a small fee, and all the songs you downloaded import automatically.

Overall, if you liked Dance Central, you're pretty much guaranteed to like Dance Central 2, just don't expect any truly game-changing features. At the same price point on release, Dance Central 2 offers better value than its predecessor, with more options for gameplay and a larger setlist. If you're new to dance games, this is a good one to go for, and it's really a matter of personal taste in music and gameplay style between Dance Central 2 and Just Dance 3, now that the latter's also out for Kinect. The new features are a welcome addition to the franchise, I just would have hoped for a little bit more creativity when it came down to the execution of many of them.