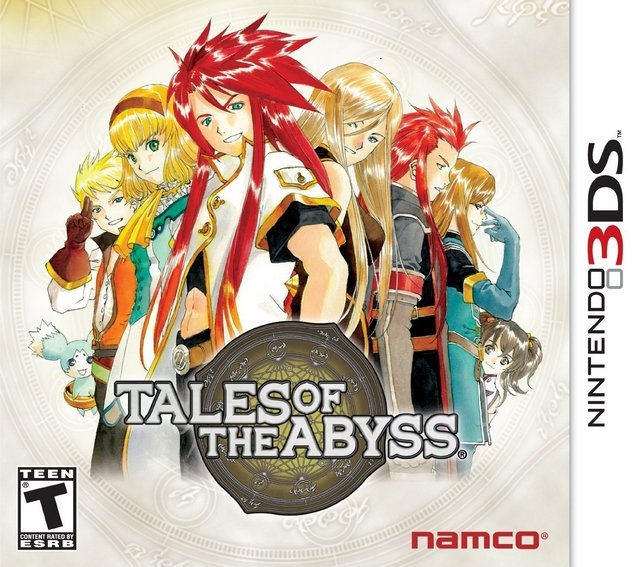 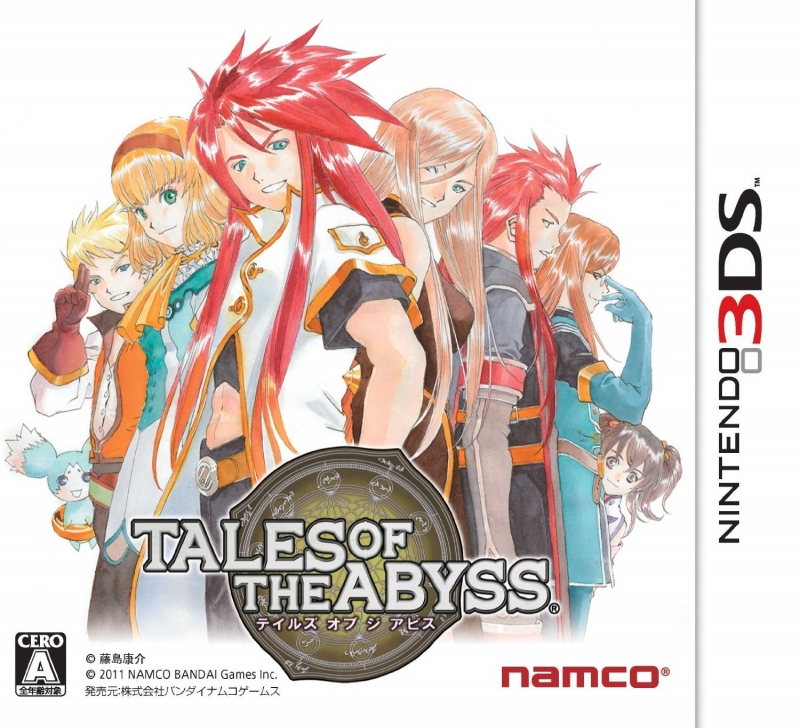 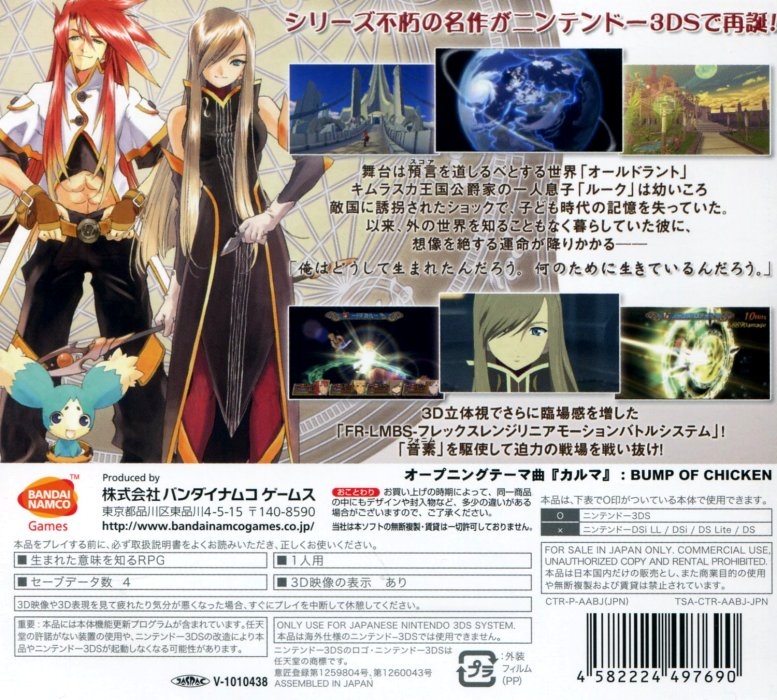 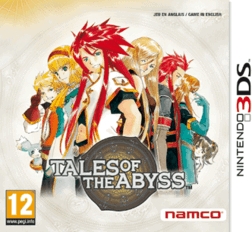 Tales of the Abyss

Is now the time to jump into the abyss?

We're still in the midst of the 3DS’s first year on the market and, like many systems before it, this first year is filled with ports. Namco Bandai has contributed to the port glut with Tales of the Abyss, an acclaimed PS2 RPG entry to their famous Tales of series. Now, JRPG starved 3DS owners get a chance to play a solid adventure, but is it worth the price of admission for both veterans and newbies alike? Luke fon Fabre is the son of Kimlascan royalty. He has been kept in the family mansion ever since his past memories were wiped out due to a traumatic event (amnesia, how convenient). The world has followed the predicted path of the Score for generations and now it predicts a great tragedy to occur. One fateful day, Luke gets dragged into a global conflict between opposing forces; some who fight for the Score and those who fight to change the world’s fate.

Part of the reason that Tales of the Abyss was not as warmly received as other Tales titles is that the story starts out slowly, and the characters don't leave a good first impression. Luke, particularly, is so sheltered and obnoxious that you would be forgiven if you wanted to punch him repeatedly. But after the first few hours, story events trigger character development, making them not only improved but also a strong part of Abyss. The story also improves over time with many surprising plot twists and intense situations. If you want more detail in the story, press Start to see a related “skit” where the characters discuss certain goings-on through character portraits. Abyss starts off as a slow burn, but if you stick with it, the fireworks will eventually burst and don't stop.

Abyss uses a similar battle system to previous Tales games. You lock onto an enemy and then run forwards or backwards to set up attacks. Abyss adds a free run element; holding L allows you to move all around the battlefield, then letting go of L will set up a new linear plane for you to fight on. The Field of Fonons (FOF) system controls your most powerful attacks. When certain Fonon (magic) attacks are used, a circle of a certain element is left on the battlefield for several seconds. Once inside this circle, if you use an Arte (skill) compatible with that element, you experience a FOF change which unleashes a more powerful attack. Managing Fonon circles is key to maximizing damage dealt to enemies, especially at harder difficulties, where many bosses shrug off physical attacks as nothing more than an itch. Once you reach certain levels your party can go into Overlimit mode to increase damage output and reduce damage taken, as well as learn powerful moves that halt the flow of battle to release a downpour of power upon the poor, unsuspecting enemies. On normal difficulty, battles can often be won by button mashing as one of your swordsmen (Luke or Guy), which removes the strategic element offered by the FOF system. Outside of battle, your time will be spent either in towns (and other locations of import) or on the Overworld. Moving through town and talking to townsfolk, picking up items, and playing mini-games is as you would expect from an RPG. The Overworld, however, has some serious problems. Things are alright when you’re running in an empty area, but as enemies start to spawn, the game slows down. When this happens near a heavily featured area such as a forest or a mountain range, be ready for the game speed to fall into an abyss. Naturally, this happened on one mission where I needed to avoid combat against constantly spawning enemies on the overworld, making it more stressful than it needed to be.

Graphically, the game looks similar to the PS2 version, though I noticed it felt a little rougher than its console counterpart. Given what the 3DS has proven to be capable of in games such as Resident Evil: Revelations, I was disappointed that the graphics were not improved upon.

Like most 3DS games, there are some uses of the 3D technology in Tales of the Abyss. But they're not worth the extra battery power. Conversations with it are hurt because the speech bubbles pop out over the scene, which I personally found awkward. It could also be used to get a sense of depth during battle, but that is unnecessary and still easily accomplished in 2D. As for the touch screen, it merely displays the World Map most of the time, and in battle you can assign certain Artes to the touch screen for easy access. Nothing revolutionary, nothing to write home about, but it’s something.

The soundtrack of Abyss favors a subdued approach. The music will rise to the intensity of the situation when needed, but it mostly plays a supporting role in creating immersion as opposed to some of the more bombastic soundtracks in the genre. I have nothing bad to say about the music, but I also cannot say that it was memorable. The voice acting is done well for the most part (only Anise’s voice irritated me, but I suppose audible pain matches her personality). But for those who prefer Japanese voice acting, you don’t get that option in this port. This means that the “skits”, voiced in the Japanese version of Abyss, are completely silent in this version, making them much less interesting and not worth the extra time unless you really want to delve deeper into the world.

In terms of game length, it took me around 40 hours to beat Abyss. But I didn't touch many of the available sidequests, so those looking for everything can milk out more time from the game. If you are looking for everything, note that the Tales series has a penchant for its sidequests to end after certain plot points, and requiring multiple steps that must be taken in order. A walkthrough is recommended for completionists. Abyss also sports a New Game Plus mode that allows stats and items to be transferred over to the new file, chosen by the player. If you enjoyed Abyss the first time, this lets you tackle a harder difficulty with an advantage from your past playthrough. It's always nice when a good game gets ported to a new system and retains what made it good. For the most part, Tales of the Abyss does this. Anyone who has never played Abyss before and enjoys RPGs should play this game, in spite of its faults. Those who do not have an interest in RPGs will not have their opinions changed by Abyss, which stays true to JRPG form. And veteran players have no incentive to rebuy the game, unless they really want to have Abyss on the go.

But, all of that said, Tales of the Abyss was and still is a solid RPG that is worth playing. The technical faults and unvoiced skits keep this version of Abyss from being an all-time great, but the overall experience is still solid for anyone looking to lose themselves in a fantasy world.