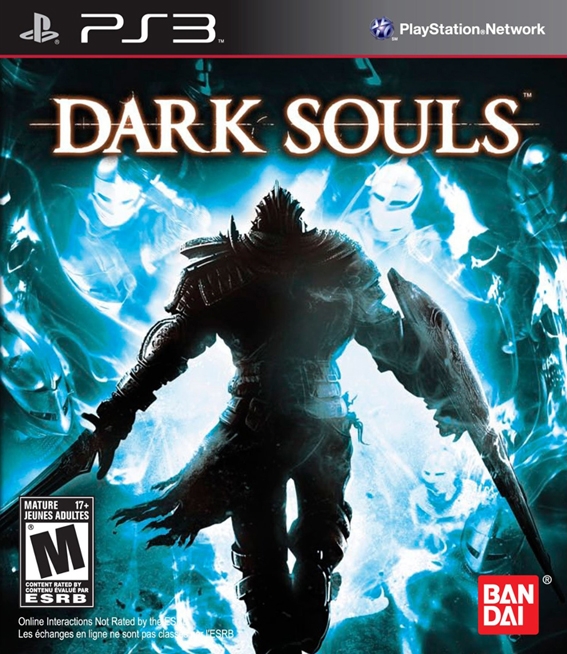 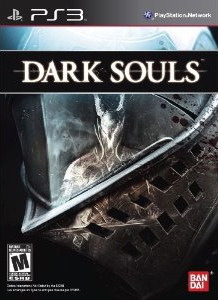 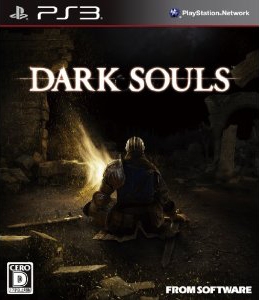 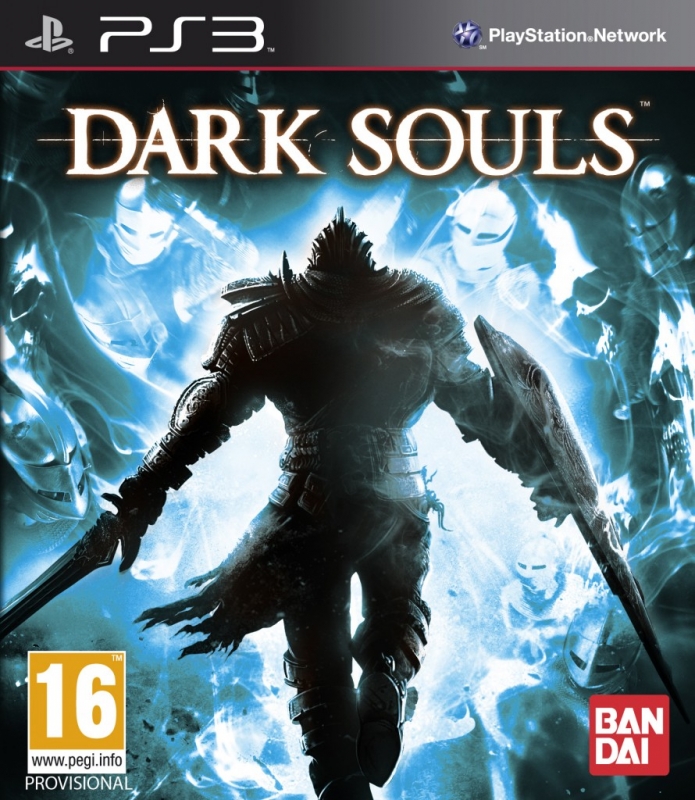 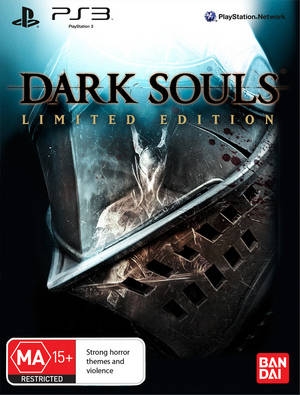 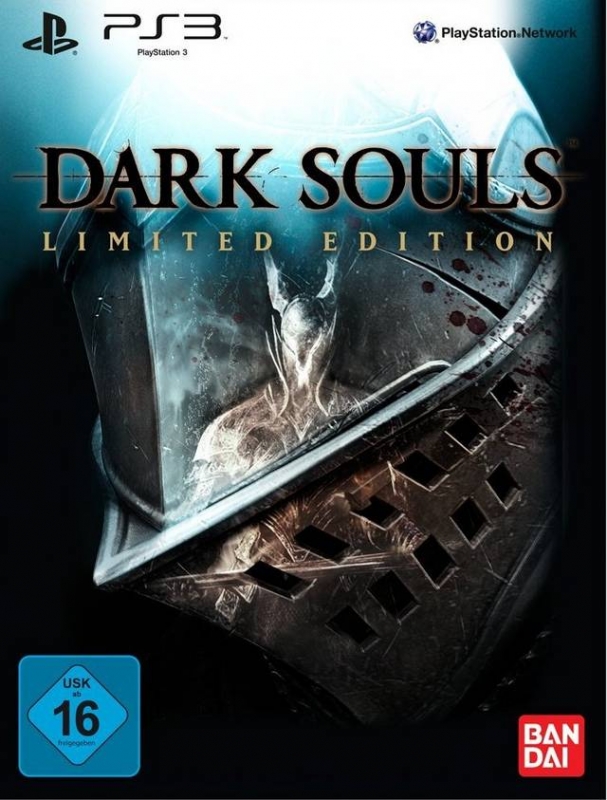 It hurts so good!

“Prepare to Die”.  Few advertising slogans are as succinct and apt; reassuring those who played and loved Demon’s Souls that the uncompromising difficulty would remain in-tact for Dark Souls, whilst at the same time warning newcomers that this might not be a game for the faint of heart.  Those that brave the warnings and can look past the odd bug here and there will find a game that is wholly unique in this day and age.  Forgiving little and explaining even less, it’s a game that requires a community to succeed and yet doesn’t let you talk to those you play with.  A game where the well fought for victories can give you the greatest of gaming highs and the lows will make you want to put your fist through your television.

Like its spiritual predecessor, Dark Souls isn’t really about telling a story.  Sure, there’s a story there to be had, but it’s minimally presented to you and the background details are filled in by talking to NPCs, but that certainly isn’t the core of the game.  You play as one of the unfortunate souls branded by a dark sign, which makes you a member of the undead.  Soon you awaken in an asylum, which is apparently where those who are branded are left to die and come back while keeping the general populous safe.  An unknown figure drops a key. and thus escaping the asylum acts as your tutorial stage.  After vanquishing everything in your way and regaining your equipment, you are transported to Lordran by a giant crow and Dark Souls begins for real.

This is all very similar to the presentation of the story in Demon’s Souls, but I came away slightly less satisfied with the overall feel of it.  I think it’s because there's no central figure that stays with you throughout the entire game (whereas in Demon's Souls you had the Maiden in Black).  There's a little more exposition throughout this game, but the ending feels much more anti-climactic.  I mention that the story “issues”, but it’s important to note that the story in Dark Souls is a lot like the story in Mario games - it is just there to give you some context.

Veterans of Demon’s Souls will feel right at home with the core gameplay, as it has stayed largely the same.  When you start a new game you get to choose a class, but this really only defines your character’s starting stats and equipment.  Later in the game you can evolve this template into whatever you see fit by putting levels into the stat of your choice and adjusting your wardrobe.  One improvement that Dark Souls brings to the table is that item burden is no longer an issue and you are able to carry everything you ever pick up all at once, so if you come across a situation where your current build is wholly inadequate a quick stop in the start menu will turn you from a tank into a thief (as long as you have the stats required to wear the necessary items of course).  Don’t expect to react to a new situation immediately, however, because, just as in Demon’s Souls, there is no such thing as pausing here.  Sure you can bring up a menu, but that doesn’t stop anything.  Don’t worry though, switching equipment while desperately trying not to die is much more enjoyable than it initially sounds. The battle mechanics have changed only slightly.  A few new abilities have been introduced, such as kicking to push your enemy back, lunging for extra damage (giving melee builds more variety), and a new magic system.  Weak attack with one button, strong attack with another, and always keep your shield up in new situations.  But what really brings the gameplay together is the stamina bar, which is depleted whenever you do anything strenuous, like dashing or swinging your weapon.  Ignore this bar and soon you won’t even be able to defend yourself.  It’s a really well thought out system that doesn’t let you rest on mindless repetition during battles to the death.  Of course, the other thing that makes sure you're always paying attention is the ever-constant threat of death.

Enemies still do a ton of damage and you can be quickly dispatched by even the most basic adversary, but there is some respite to be had.  In Demon’s Souls you had a hub world, and you would be returned to the beginning of any level you died in, but Dark Souls is an open world game.  You’re dropped into Lordran, given the most basic of instructions on what you might want to do next, and sent on your way.  Instead of starting over at the beginning of the level upon death, there are now an ample number of checkpoints in the form of bonfires that you can rest at and regain your health and healing items, and you will be resurrected here upon death.  This has both benefits and detriments, though, because the only way to figure out where you should be in this open world is to explore until you find somewhere that doesn’t immediately kill you (or look it up online).  In fact, you’ll be looking a lot up online unless you’re the type who loves constant trial and error. When Dark Souls it at its best - when you bring down a boss you've fought 10 or 20 times - you feel like a God, but sometimes the developers erred too far on the side of difficulty and crossed the line into head-slamming frustration.  Why would you put some of the most difficult enemies for a melee fighter in an area where you have to replace your shield with a lantern, From Software?  Did I mistakenly run over your dog at some point?  Luckily the feelings of frustration are the exception and not the rule, but it’s hard to take solace in that when you’re trudging to almost certain doom for the fifth time in a row.

Luckily, the best single player focused online system ever made has returned, so you can ask for help if you’re really hurting.  There are even computer controlled NPCs that will help or hinder you to simulate what it’s like to have an internet connection, but then if you need that you probably aren’t reading this review.  Joking aside, the computer helpers are great for when you just can’t find anyone with a pulse to assist you, and the black phantoms will leave behind new items and might even appear later as helpers during boss battles if you can defeat them.  The online system also has Covenants, which act like the faction or guild systems in MMORPGs.  Joining a Covenant gives you different objectives for your online play, such as rewarding you for helping others, tasking you with stealing the humanity of those you face online, or fighting duels over precious Dragon Scales.  Blade of the Darkmoon has got to be my favorite from a conceptual point of view though - anyone that invades your game and kills you can be indicted by a purchasable item which will raise their sin.  The Blade of the Darkmoon members can then invade the worlds of the sinners without even a warning to exact revenge on your behalf.  Again, though, getting into these Covenants is surprisingly convoluted in some cases, so it’s unlikely that you’ll just happen upon them. Dark Souls is an aesthetically pleasing game, though it has some definite issues from a technical standpoint.  There are some views and settings in the game that are truly breathtaking, and enemy designs are more creative and interesting this time around,  but there's some significant framerate stuttering.  It’s not often that the framerate can get so bad that it actually kills you, but it has happened to me on occasion.  The ragdoll physics are still hilariously off-putting for dead bodies, but at this point I wouldn’t have it any other way.  Background music is mostly absent, so the only thing you have to listen to is the clang of battle.  You would think that it’d be missed, but really this just helps to punctuate the boss battles where the orchestra kicks into full gear.  Voice actors do a good job, maintaining a general hopelessness in their voices.  The first NPC in particular is almost disturbingly depressing to talk to.

My first playthrough took me 48 hours, but that can vary wildly due to the difficult and open world nature of Dark Souls - I’m sure there are some that will scoff at me taking 48 hours to beat such a simple game, and others that will wonder how I ever accomplished seeing the credits at all.  Online can take up some time after you get through the main story, but it can take quite a while to find someone who meets the seemingly stringent requirements that Dark Souls has for aiding another player.  If Dark Souls is anything like its predecessor, it’ll have new game+ modes ad nauseum, but I can only fully attest for one level of new game+.  It’s not a perfect value proposition, but it’s pretty close.

Don’t let all those advertisements about dying over and over again scare you away, because I promise it’s worth it.  Dark Souls may have some areas that are annoyingly cheap, and some that are apparently far too much for your console to handle, but it also has some of the most satisfying feelings of accomplishment you can get from just playing a game. There’ll be highs, and there’ll be lows, but it’s not to be missed.