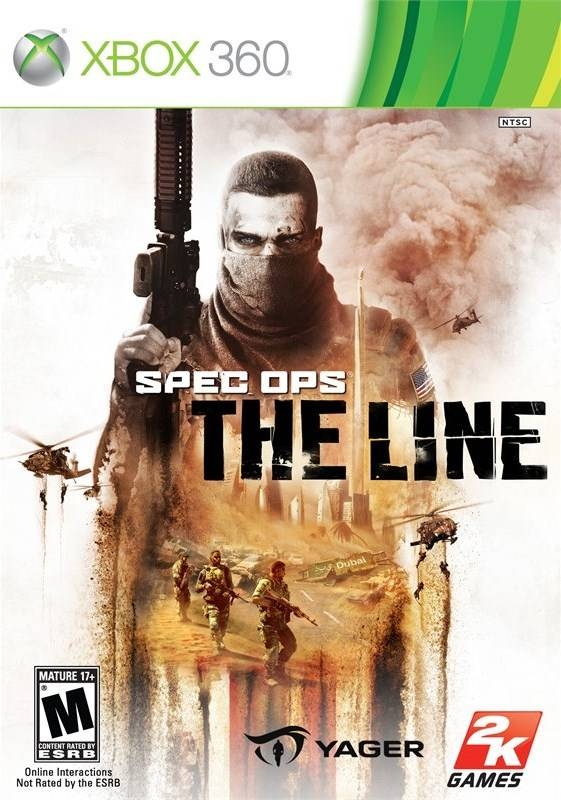 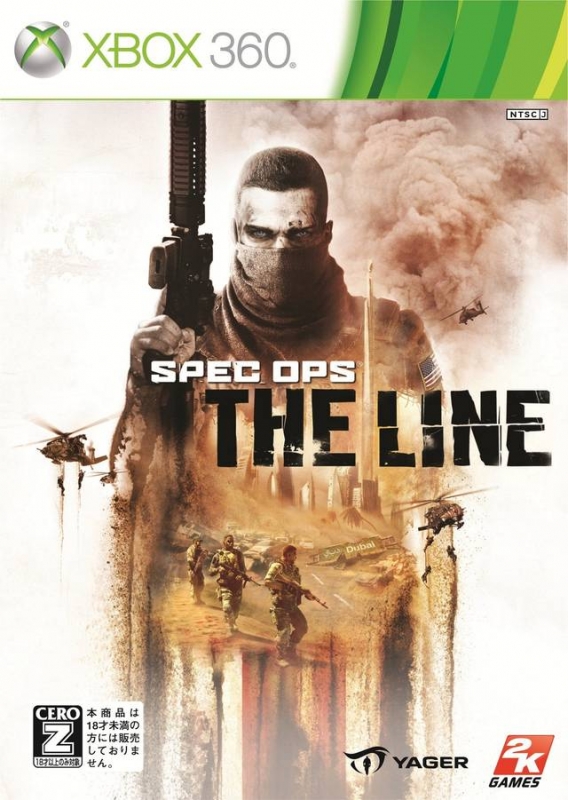 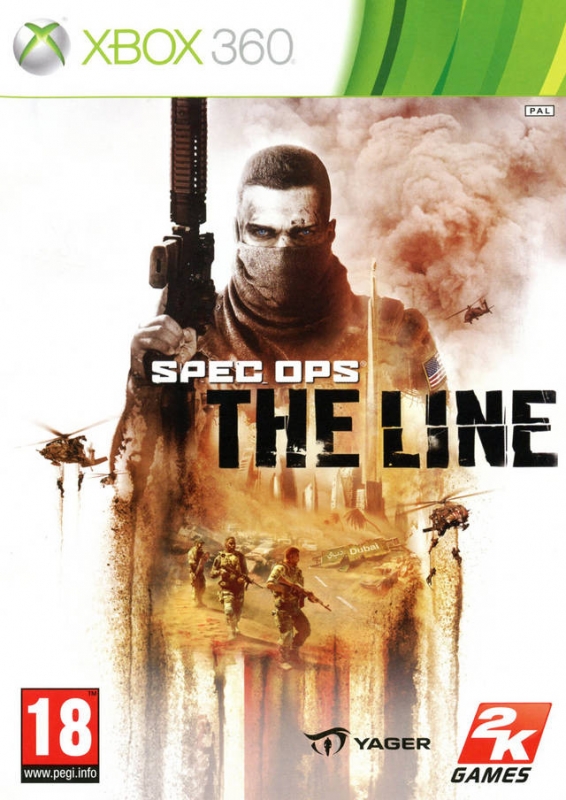 A chilling journey through one of the year's best narratives.

If we were to base our impression of war solely on video games, it wouldn’t seem like that bad of a place to be. Despite video games' attempts to mimic the dramatic sensibilities of film, the depiction of war in games rarely goes beyond the trivialization to which we have grown accustomed. With series such as Call of Duty, Medal of Honor, and Battlefield fetishizing the military and marginalizing death, it’s no wonder games aren’t taken as seriously as other narrative media. With Spec Ops: The Line, however, I feel as if a game has finally come along that actually exposes the horrors of war, rather than glorifying them. Through its unique look at interactive warfare, Spec Ops: The Line is one of the most unique, profound, and disturbing games of the year, if not this generation.

Part of the reason for Spec Ops' narrative success probably has to do with its background. Based on Joseph Campbell’s novella, Heart of Darkness, Spec Ops draws its plot set-up (and many other influences) from the story, as well as the film inspired by it, Apocalypse Now. However, the story is updated from the Vietnam War into an alternate reality of the present, where one of the worst sandstorms in history has devastated the city of Dubai, killing most of its residents and leaving several others stranded. Following a mysterious transmission from his former commander, Captain Martin Walker (voiced by Nolan North, in easily one of his best performances to date) leads his squad of Delta Force operatives into the heart of the sandstorm, leading into one of the darkest narratives I’ve ever played in a game.

Most military shooters put you in the role of a lowly private or sergeant, following orders from your superiors as they guide you down linear corridors and bark at you to take out machine gun nests. Spec Ops: The Line takes a somewhat different approach. While you still hide behind cover, popping up to shoot enemies from afar, you can designate targets for your two squad-mates from the safety of your chest-high walls. Unfortunately, you can only target specific enemies for your squad to take out, having no control over their positioning in firefights. Luckily, more often than not the squadmate AI is reliable, and you can even direct one of them to heal a downed teammate if you’re under too heavy fire to help out.

Spec Ops puts you in the role of a leader, and all leaders must make choices. Spec Ops: The Line gave me some of the hardest choicest I’ve ever had to make in a video game. There is no clear black or white, good or evil happening in Dubai. Providing examples would only serve to spoil the expertly crafted story, but suffice it to say that many of the dilemmas offered by the game left me pausing for long stretches to weigh the consequences, and hours later I would find myself wondering if I made the right call. While these choices won’t send the story into any branching paths, it provides a context within which to put yourself in the characters' shoes and, to an extent, to understand the hard choices that face real soldiers on the real battlefield.

However, I doubt real battlefields are as gorgeous as the ones provided here. The Spec Ops version of Dubai has less in common with your typical Middle Eastern shooter setting and is more in line with BioShock’s Rapture. A once beautiful city torn apart not only by its surroundings, but also by the madness within. Levels take you everywhere from desert tundras and abandoned skyscrapers, to refugee camps under sewers, with a color palette that goes far beyond the browns and greys of modern day shooters.

Spec Ops’ unique setting also plays into the level design. Skirmishes often play out in buildings entombed by sand - shooting windows behind enemies will cause the sand to avalanche through, burying them alive. This is a fun mechanic, but loses its luster after happening a few times. At scripted moments, sandstorms will pass through, obstructing your vision, cutting you off from your teammates, and changing the landscapes of the levels. This incorporation of the environment into the gameplay is a cool feature, it’s just a shame that it’s so scripted.

Here I am, this far into this review, and I actually haven’t talked about the minute-to-minute gameplay yet. Well, that’s because there’s not actually much to say. Unlike its boundary-pushing story, Spec Ops: The Line’s gameplay plays it fairly safe. Guns have an appropriate weight and kick to them, but the controls aren’t as responsive as they should be. A few encounters feature the option for stealth, but they seem poorly thought out and often force you to expose yourself, despite your best tactics.

It’s really context that makes Spec Ops’ gameplay stand out. The gameplay itself is nothing spectacular, but shooting a fellow American soldier bleeding out on the ground provides more of an emotional response than Uncharted or Gears of War ever did. One level in the game features a “death from above” segment with which we are all familiar from Call of Duty and Battlefield. However, neither of those games then force you to walk through the aftermath, watching soldiers scream in pain, burning alive from the destruction you wreaked.

Like virtually all shooters, Spec Ops: The Line offers competitive multiplayer, but it's so far removed from the themes of the single player that its inclusion actually drives down the value of the game. Spec Ops’ story reflects on the futility of war and what it takes to break a man - its multiplayer celebrates it through offering perks and points for every life taken. That's not to say that I’m totally against the concept of multiplayer in military shooters, it’s just that its inclusion in this particular game seems in poor taste.

It doesn’t help that the multiplayer isn’t special at all, offering exactly what you expect from a multiplayer shooter, with none of what makes the single player great transferring over. Spec Ops’ strength lies in its story, presentation, and interesting choice mechanics; take these things out and all that’s left is average shooter mechanics to carry the gameplay. The only unique thing the multiplayer has to offer are random sandstorms that impair your vision and make it hard to see your opponent. While this is certainly interesting, it proves to be more of an annoyance than a good gameplay mechanic.

Don’t be fooled by its horribly generic title, derivative box-art, or its uninspired multiplayer - Spec Ops: The Line is one of the most emotionally intense shooter experiences I’ve played in years. While its 6-8 hour campaign may seem short to some, its intricate plot, difficult choices, and multiple endings beg at least a couple playthroughs. I can’t give it a full recommendation due to its somewhat iffy mechanics and uninteresting multiplayer, but if you appreciate deep, mature, and well thought out stories in your games, then Spec Ops: The Line is well worth your dollar.

This review is based on a retail copy of Spec Ops: The Line for Xbox 360.