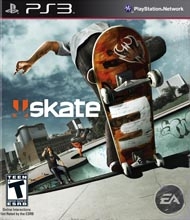 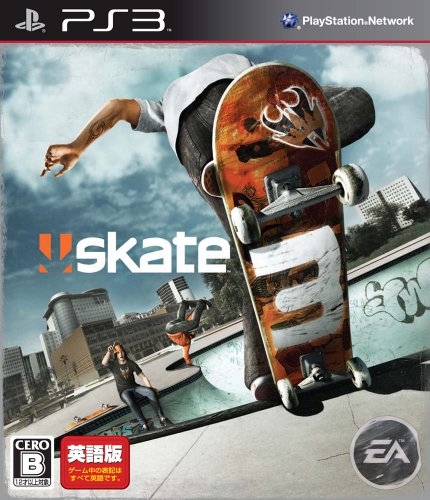 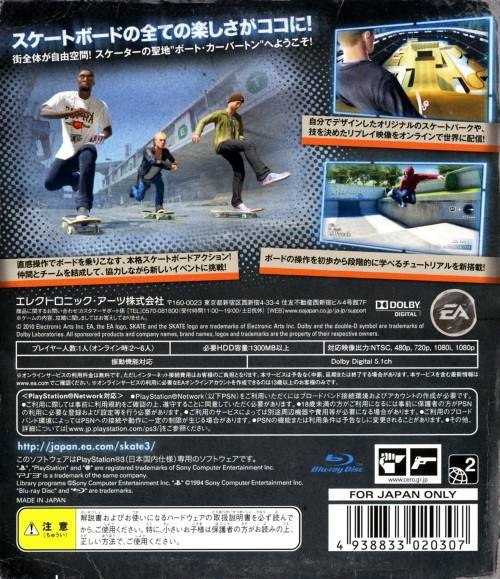 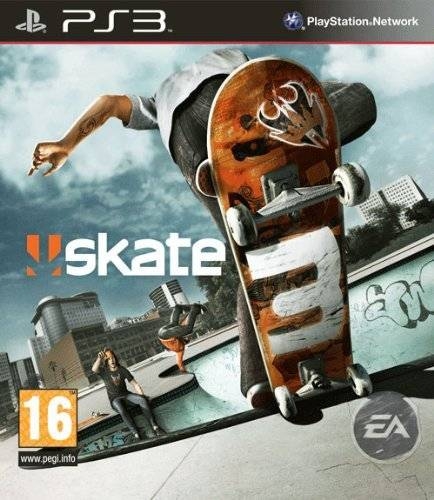 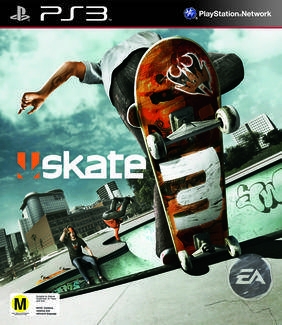 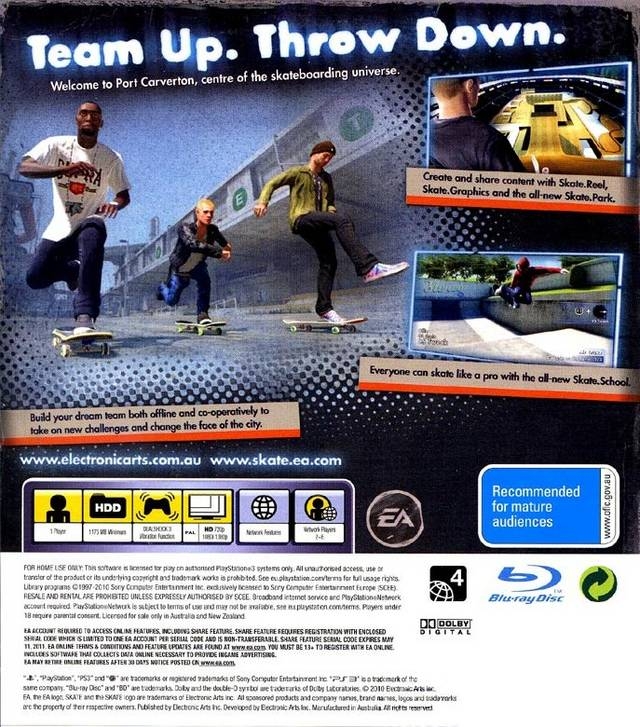 There is something to be said about the feeling you get playing a new gaming experience. When skate first showed up it was unlike anything before it and totally up-ended the long-standing heavyweight in the genre: Tony Hawk. Gamers grew tired of getting the same experience from Tony Hawk year after year and threw their support behind the up and coming rookie, but with time it seems that skate might be starting to fall into the exact same pitfalls that dethroned the previous skating king.

Story isn’t usually the most important thing when it comes to sports games, but the last two skate games made a fairly decent stab at it anyway. Skate 3 takes the opposite approach and after setting up a storyline in which your skater is making his own company it is shoved to the side and has little to do with the rest of the game. Completing objectives helps you sell boards, and once you sell enough boards you are rewarded with invitations to new events as well new skaters to join your company, which brings us to the first big change in skate 3.

Previous skate games had you playing as a lone wolf of sorts, but skate 3 has you creating a team by either recruiting friends online or editing your own AI teammates just like you edit your own character. The online implications of this are rather interesting since you can complete many of the game’s single player objectives while online with a team and any you complete will be carried back into your own single player campaign and you’ll be awarded with board sales accordingly. If you don’t have a cadre of fellow skate players to call upon then the addition of the AI team members is much less meaningful. Certain objectives require a team vs. team approach so you will have to depend on your AI buddies doing a decent job, which isn’t always how things go. When you do the best you can and get dragged down by the AI not being able to land a trick for the life of him/her it can be pretty frustrating. Luckily this doesn’t happen too often and usually your team mates hold up their end well enough to not drag you down.

Controls are done the same way as every skate for better or for worse. You control the steering of the skater with the left analog stick and flip tricks are done with the right. Grinds simply require that you get into the air and position your skater in the correct orientation before landing on a rail while grabs are done with the trigger buttons. There are a few more control intricacies to learn beyond that and some can get rather convoluted since each skate game tries to add even more moves, but those are the basics.

The flick-it controls can be tough to get used to at first and the developers have implemented a difficulty option in the menu that can help those who are having trouble, but it really only affects how easily you can make high ollies and how much the computer nudges you into position for grinds. Changing to the highest difficulty is a much more meaningful change since the computer will stop nudging you in the right direction for grinds altogether. If you have gotten bored and want a new challenge from the skate series this is your ticket to feeling like a noob all over again. You never realize how much you depend on the computer’s guidance for grinds until it is all gone. Other gameplay changes include the ability to do darkslides, create and edit your own park to put online and spawn objects in the world wherever you want them so you don’t have to search high and low for a rail to drag into a great spot you found. Sadly, there are also a few negative changes.

The “Own the Spot” challenges in the single player are all smaller obstacles that you are able to add to your own parks after you beat them and they just don’t feel as unique as the spots in previous skate games were. Many of them are simply slightly modified fun boxes. Deathraces also feel worse than skate 2, which is probably mostly because the map is separated into three sections that you can’t travel between without the use of the game’s teleport feature. Races are more linear with less branching paths and optional obstacles to make them feel less repetitive. Lastly, there are a number of objectives revolving around garnering media attention for your team by setting up photos and film sessions. The photo sessions can be interesting as you try for the killer shot and you don’t want to do anything lame because it’ll end up on billboards in the game, but you never see the films again and they only require you pull off a certain number of tricks (the maximum being five) without bailing. Since there is absolutely no reward for making a better film these become free board sales with minimal effort and they could have been omitted as objectives without an issue.

Skate series’ biggest fault has always been its presentation and this year is no different. Skate 2’s graphics engine is used again with minimal improvements such as water that doesn’t look like it was painted on. Textures are still poor and while the animations of your skater while doing tricks is fairly dead on the animation of cutscenes when people are talking are less believable. Technical problems also rear their ugly head again. Playing in an edited park suffers from framerate issues that are noticeable but don’t quite get to the point of affecting the gameplay. Pedestrians have trouble navigating around objects that you place in the world, have very few character models so seeing clones walking around is commonplace and they seem to have a propensity for walking in areas that make absolutely no sense. Crowds during competitions are poorly rendered and all do the same animations at the same time, which is easily noticeable when they are so close to the action and there are only 20 of them. Darkslides are also a bit buggy and if you are trying to get out of one on a short rail you can find yourself shooting into the air for no apparent reason.

Sound design fares better than the visuals though it still has some issues. I liked the licensed tracks chosen for the music though there were some very strange additions such as “Goodbye Horses” (the song that Buffalo Bill danced to in Silence of the Lambs). Voice acting is still lackluster as the pro skaters you are doing each competition with provide it all. The sole bright spot is Jason Lee’s rendition of Coach Frank during the opening tutorial, which is actually quite hilarious. Also a much appreciated omission comes from Reda (your camera man in the previous two games) taking a more hands off approach in this game so you don’t have you hear his constant idiotic banter.

The single player campaign took me seven and a half hours to play through to “the end” and another 5 hours to beat every objective available other than a few stragglers I am still having trouble with. Online multiplayer can be a good way to spend time once you are finished with the single player, but it is hard to connect to a game and even if you do lag sometimes gets in the way of an otherwise good time. Skate’s real meat has always been finding your own spot to play around in and endlessly wandering the streets free styling, but I feel like the segmented map will make this a lot less fun than it has been in previous games so the value to me personally takes a hit.

Perhaps it’s the fate of every new and interesting franchise to become stale with time, but I think skate still has a few more titles in it before it falls to the same issues as Tony Hawk. New additions like the park editor are interesting and the ability to complete objectives online and have them count in your single player experience is welcome but presentation issues and an unconnected map make this iteration of skate feel like a step backwards or perhaps not a big enough step forwards. Fans of the series will obviously pick this game up regardless, but if you aren’t the biggest fan or are new to the series, it may be best to skip this in favor of skate 2.