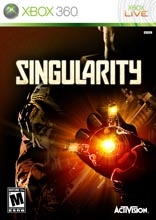 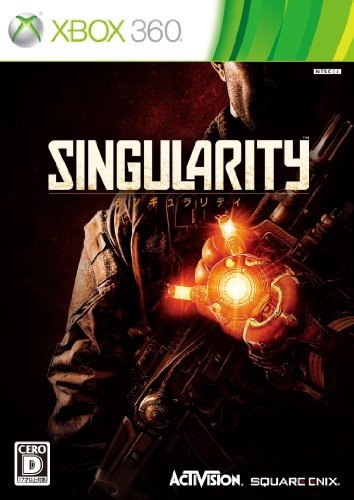 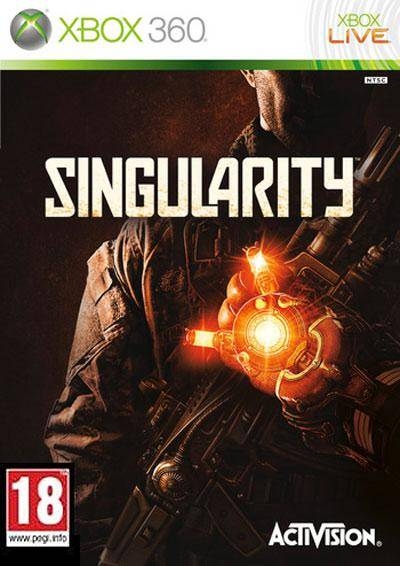 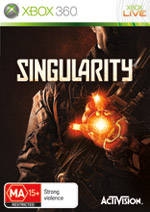 BioShock and Half-Life called, they want their ideas back.

And they’re not the only ones. To say that Singularity borrows heavily from other games within the FPS genre is a massive understatement. Indeed, I think you would be hard pressed to play Singularity without name checking some of most iconic games of the generation. This doesn’t make it a poor game though, not by any means. The ideas it takes from other games tend to be well implemented and it makes for a decent game, but it’s also one which offers nothing new or truly standout.

The story revolves around an island off the coast of Russia called Katorga-12. The Russians used Katorga-12 as a testing ground during the Cold War for the experimentation of an element discovered there (‘Element 99’), which has the potential for weapons applications. However, Element 99 is highly unstable (there's a surprise!). Explosions happen, people die, and the whole project is shut down. Flash forward to the present day, when the Americans decide to explore the island. You, playing as Captain Renko, crash land on the island, travel through time and re-write history with potentially devastating consequences. And so you flick forwards and backwards through time trying to right your wrongs (cue references to Quantum Leap). It’s not the most complex or well thought out time travelling story. But... it’s actually pretty good. I enjoyed the story, despite the clichés and the predictability. 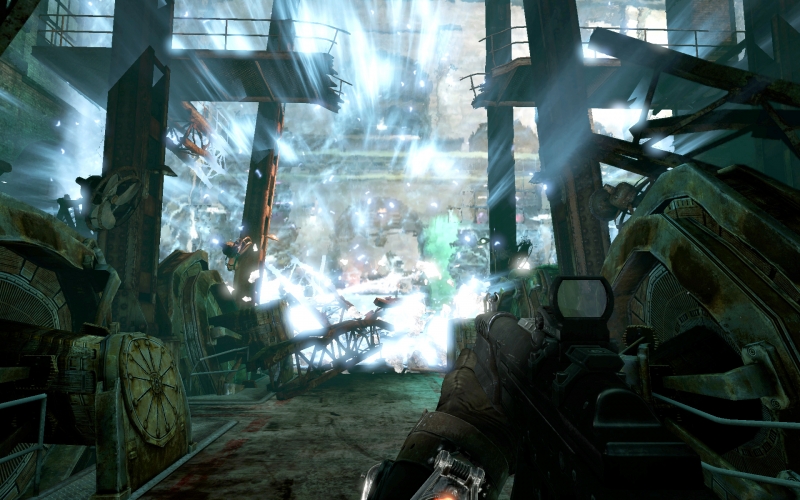 The gameplay is a mixture of standard FPS shooting, the more interesting Element 99-inspired combat, and Half-Life-esque physics puzzles. The FPS elements are pretty run of the mill. Weapons include your typical shotgun, handgun, assault rifle, machine gun and sniper rifle variants, all of which can be upgraded over the course of the campaign. Gunplay is enjoyable, feeling very similar to Call of Duty’s set-up, although not as polished. The puzzles, too, are standard fare. At first they might leave you faltering for a minute or two as the cogs in your brain churn, but in general they’re pretty basic and the key concepts underpinning most of them are soon recycled over and over again, at which point they become annoyances.

It’s not long before you gain access to some of Katorga-12’s more interesting weapons though. The main one is the TMD, which is attached to your character’s left wrist. The TMD has a number of applications within the game, but its primary use is for manipulating time and thereby aging or renewing objects and enemies. One can imagine that the potential for destruction would be quite immense if you could use it on anything and anyone in the game. Enter a handy plot device: you can only use the TMD on objects that have Element 99 in them, which rules out almost everything. So what can you manipulate? Stairs, boxes and crates, mutated entities, enemy soldiers, and so on. Mostly just items that you need to manipulate in order to solve puzzles or acquire ammo/health, and enemies, then. Obviously it’s understandable that there have to be limitations, but you can’t manipulate very much at all and the ‘it has to have Element 99 in it’ rule only seems to apply when it suits.

Using the TMD feels much like using Plasmids in BioShock, mixed with the gravity gun from Half-Life 2. Handily, it also upgrades throughout the course of the game. For example, you can use it to pick up and throw objects, or to age your enemies. It also replaces your melee attack with a forceful blast of energy, and you can even create a bubble shield which slows down time (think Halo 3 but with added time dilation). It’s a fun device to use, particularly when you acquire the bubble shield ability. Watching enemies crumble to dust with the TMD is also great, although the energy cost is a little exorbitant at the start of the game. 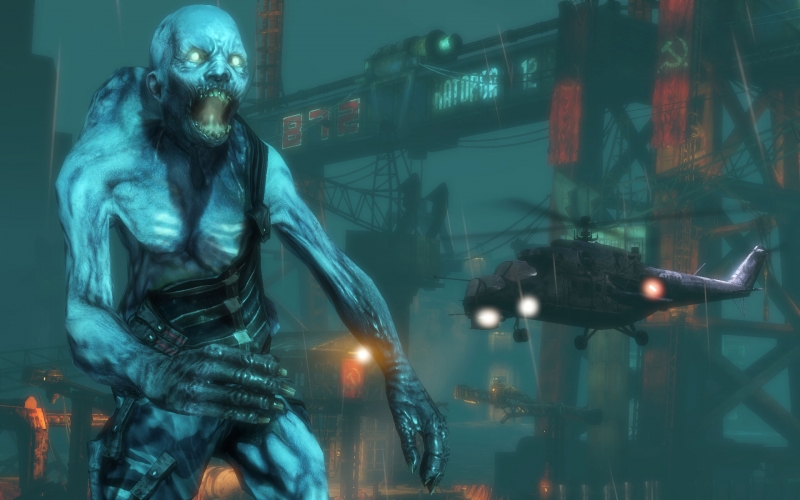 The other Element 99-inspired weapon is a neat rifle that, once fired, slows down time and allows you to control the bullet’s trajectory in first person view. Once the bullet makes contact with something it causes a large explosion, so you don’t even have to hit your enemy in order to kill him/it. Using this weapon is probably the most enjoyable aspect of Singularity; it works surprisingly well, the camera never frustrates and, most importantly of all, it’s great fun. The only downside is that you don’t come across the weapon very often and you’re restricted to the ammunition in the clip, so you should make the most of it while you can.

The enemy line-up is pretty diverse, ranging from the extremely annoying little critters that explode on you, to the blind mutants that will only attack if you make too much noise, to your more standard human military types. There are quite a few unique and huge bosses to contend with as well. I would have to say, though, that the visuals are the most disappointing part of Singularity. Much like the rest of the game, they neither excel nor fall into the ‘bad’ camp, but visually this is a very average game. There’s on over-reliance on enclosed corridor spaces, characters (particularly enemy troops) lack detail, and the environment can look quite blurred and dull because of a bland colour palette that’s dominated by grey and brown. Singularity does have its visual moments though – the singularity itself stands out impressively in the distance and limbs are satisfyingly torn off enemies – they’re just the exception, rather than the rule.

The voice acting is solid. There are also audio diaries scattered throughout the game, which, much like the recordings found in the BioShock, add to the overall narrative and flesh out characters. Unlike the ones in BioShock, they’re stationary. So you can’t carry on playing the game whilst listening to the dialogue – you have to stand near to the tapes. It breaks up the action, and I imagine that most people will simply ignore the vast majority of the recordings rather than stop and listen, which is a shame. You’ll also come across video recordings, which are enjoyable diversions. The music and sound effects are pretty average and forgettable... so much so that I had to load up the game just to remind myself of them. 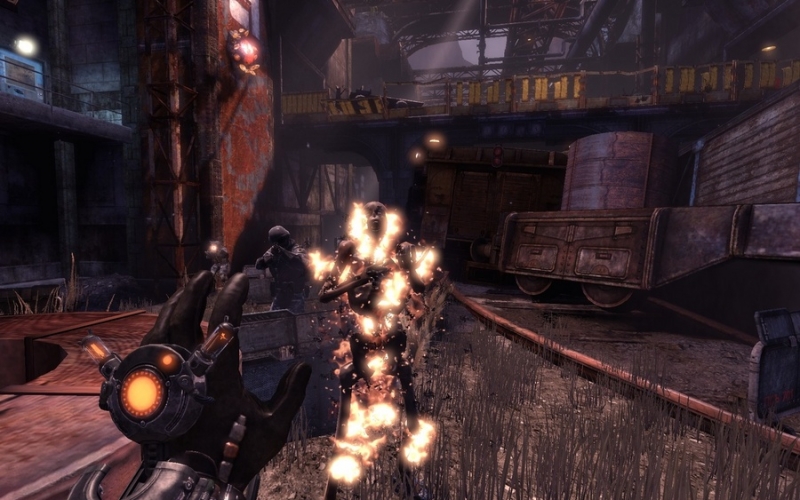 The campaign should take around 6 or 7 hours to complete, although it will take longer for the completionists out there who will no doubt feel compelled to search for all of the audio and video recordings, as well as the notes that are scattered around. There are also 3 different endings (you can cheat and just reload your last save though). That sounds like quite a short length for a campaign, but it feels about right – neither overstaying its welcome nor ending too abruptly.

Like most FPS titles nowadays, Singularity also includes a multiplayer component. There are a handful of maps and two game modes to try out. But the main attraction is the ability to play as some of the mutated forms you came across in the single player, and really, that’s what saves the multiplayer from feeling like it was simply tacked on. With the addition of custom load-outs and a variety of perks and classes to choose from, the multiplayer certainly does have something offer, although it probably won’t hold your attention for too long.

Singularity is a pleasant surprise. It’s not a fantastic game, for sure, and it’s a lesser game than all of the titles it draws inspiration from. But those are the best of the best in a crowded genre, so it always had its work cut out. The campaign is short, the multiplayer almost throwaway, the graphics average and the gameplay little more than solid. Singularity offers nothing truly new or distinctive, but despite all of its flaws it is enjoyable. It’s hard to recommend given how crowded the genre is with games that clearly better it, but I do encourage those who rent games to add this to their list, or otherwise wait for a price cut, because, despite its abject lack of originality, it is worth playing.