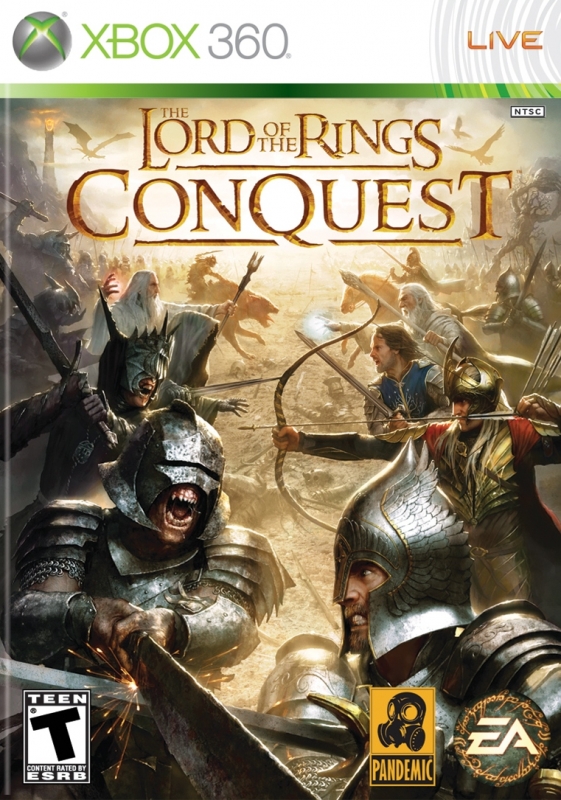 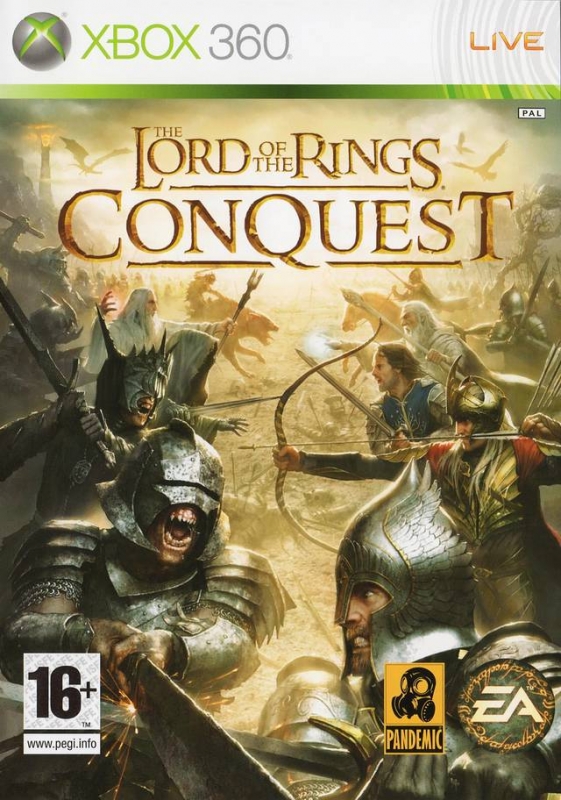 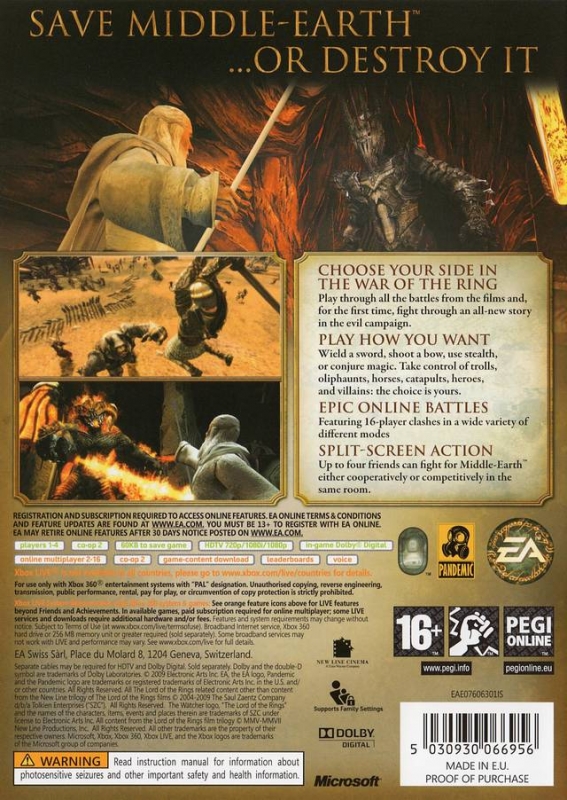 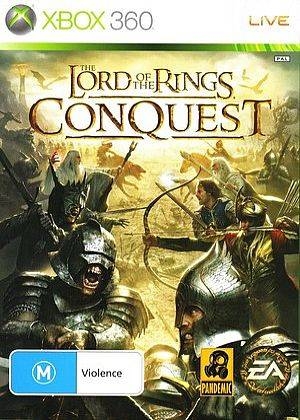 Review: The Lord of the Rings: Conquest

A Battlefront styled game set in the Lord of the Rings universe. Is it a gem?

Of all the major book series' which arduously make the voyage from novels to films and even to videogames, Lord of the Rings is probably the most notable. As a videogame series, it has seen varying types of games with varying success. The series has included hack and slash, RTS, and even RPG titles. Lord of the Rings: Conquest falls into the hack and slash category, while having the play mechanics of the Star Wars: Battlefront games. With an awesome concept and a proven developer, does the game live up to its promise?

The story mode for Lord of the Rings: Conquest is told through its two campaigns. In the "War of the Ring" campaign, the player can play as the heroes of Middle-Earth, recreating several battles from the movies (including the battle for Osgiliath and Pelennor Fields). There are also levels that did not appear in the books or movies, intended to show what could have happened if the fellowship had taken a different path. Likewise, after completion of the heroes’ campaign, the player can choose to take the path of Sauron’s forces in the “Rise of Sauron” campaign, showing what would happened if the efforts of the fellowship had been unsuccessful in destroying the One Ring.

Though they present interesting concepts and levels, the campaigns are incredibly repetitive and monotonous. The majority of the levels consist of the player simply fighting through wave after wave of enemy, often wondering when the waves will finally stop. On top of this broken level design, the game has no checkpoints to save your progress in the level. This means that if the character loses all their lives,they must restart the entire level. While not an uncommon gameplay mechanic, it's very frustrating when coupled with the unrelenting waves of enemies. The campaign difficulties include Casual, Normal, and Legendary.

There are four character classes to choose from in either campaign. First, there is the Warrior, capable of performing various combos and fighting the enemy at close range with melee attacks. For those who desire a more stealthy approach, the Scout class should do nicely. Able to turn invisible and instantly one hit kill other players by backstabbing them from behind, the scout can be deadly in the hands of a skilled player. However, the low health and weak attack of the Scout often leaves it vulnerable when out in the open.

The Archer and Mage should satisfy the player who prefers ranged combat. Players who want to fight from a long range and take a third-person shooter approach should pick the Archer. Should the situation call for a warrior who can fight at medium-range and use a variety of abilities, the Mage is a powerful choice. There are also several hero characters available at certain points. The heroes include several famous characters from the series. The player can choose from the champions of Middle Earth such as Gandalf and Aragorn, or the greatest villains of the world such as Sauron and the Witch King. These hero characters are essentially beefed-up versions of one of the classes. For example, Aragorn is a very strong Warrior, while Gandalf has very powerful magic.

Along with standard attacks, players have only a small variety of ways to defeat their enemies. Heroes have more abilities unique to their character, but the abilities are often similar to what would be found in their class counterpart. Attacking feels choppy and unresponsive. You're out of luck if you're attacked from the side during a combo, as It's impossible to cancel one once you've started, so enjoy being knocked on the ground a lot. Shooting controls for the Archer are slow and nearly perfect timing is required to shoot moving targets. The Mage’s lightning attack, while powerful, has a seemingly random radius of attack. These nuances can be overcome with practice and skill, but constantly serve as an annoyance.

As a recreation of the world of Middle Earth, Lord of the Rings: Conquest provides a poor graphical experience. While the character models are well done and show plenty of small details, everything else, from the environments to enemies, seems rushed and sloppy. The mobs of enemies show little variance between them. To complement the repetitive enemy models, the majority of the levels are uninspired--despite vastly varying environments, the textures are unimpressive, and some parts of the game (both with enemies and scenery) almost look like a last generation game. Prerendered battles taking place in the distance look much better than the fights in the accessible areas. The cutscenes consist of a mix of in-game models and scenes from the Lord of the Rings movies. Scenes from the film have been almost shamelessly stripped of their original relevance and are now used as improvised cut scenes for the game’s story.

Music from the LotR movies accentuates each of the battles.However, it's often far too quiet--the music almost lulls to the background and will go entirely unnoticed. It will also beat heavily during intense combat and go completely silent for minutes afterwards. With these flaws, the music almost seems pointless at times. The voice acting is rather off-pitch and many of the characters sound nothing like they do in the films.

Should the player choose to play online, he or she will meet a mixed experience. Many of the achievements/trophies require playing ranked online matches, but there is hardly anyone playing this game. Online levels consist of the arenas from the campaign, with objectives such as Deathmatches, Capture the Ring, and King of the Hill gametypes. However, the servers are fairly reliable and lag is almost non-existent.

Lord of the Rings: Conquest is a game with some fun to be had for hack-and-slash fans, but it's also full of monotony and obvious signs of being rushed. If you’re a fan of action titles and the world of Middle-Earth, this title may be for you. Anyone else should wait for a price drop or simply avoid this one altogether.