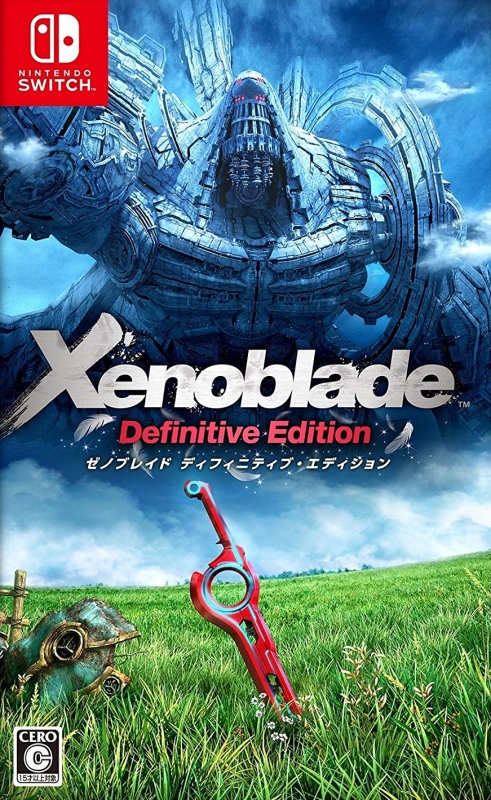 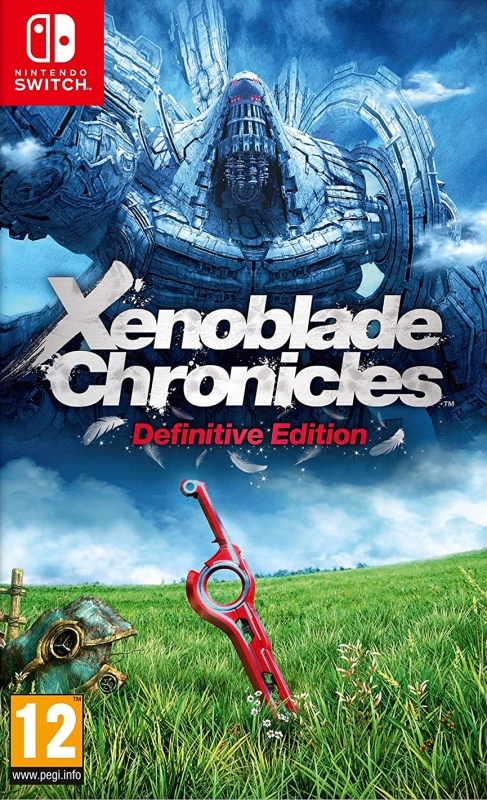 True heir to the Monado

Remaster month wraps up with arguably the most substantially updated game out of the bunch, namely Xenoblade Chronicles: Definitive Edition. Sitting at a pricey-for-remastering $60, Xenoblade attempts to justify the higher price point with a host of changes and some additional content. Is it worth paying full new game price for the definitive edition of the Wii's swan song? You don't need the Monado to see the future for this answer; you can just read below. 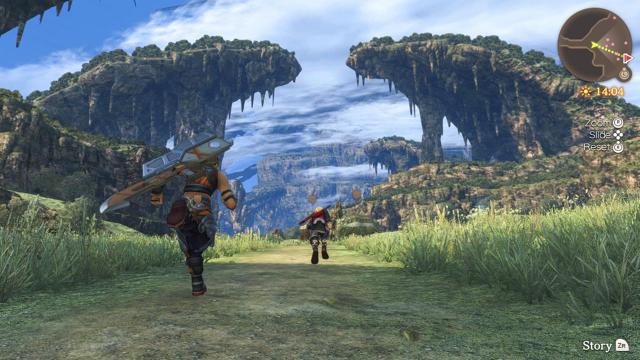 If you’re not familiar with Xenoblade beyond being the game where that one guy from Smash with the rainbow wheel sword comes from, it’s a JRPG originally released for the Wii. You play as quite a few characters, but the main focus is on Shulk, resident of a peaceful Homs colony, whose existence of eating sandwiches and hanging around in a lab all day is interrupted when hostile machines called Mechon attack. Events conspire to reveal that Shulk is capable of wielding a legendary sword that is the only thing which can damage Mechon, and thus Shulk sets out on a quest to track down the attackers and get revenge, while enlisting an ever increasing number of colorful characters to support his cause.

Xenoblade’s narrative is by far one of its strongest points. What perhaps sticks out most is the structure of the story. While Shulk’s desire for revenge is the initial catalyst for the story, it quickly becomes apparent that we’re getting involved in much more than just a singular fight between Homs and Mechon, allowing for the scope of the narrative to expand naturally alongside our view of the world itself. It can be a bit of a slow boil in the beginning, but once it gets going it’s an exceptionally well written experience, with some mind boggling twists and more than a few gut punches. 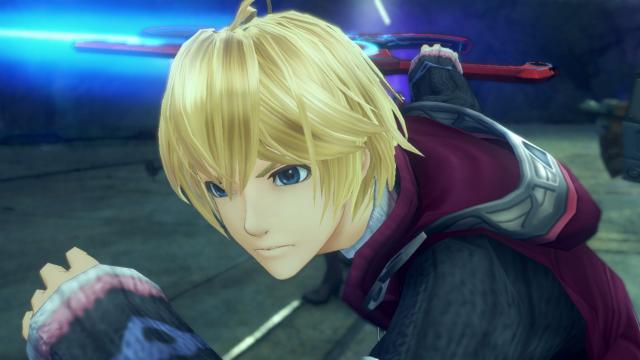 And what good story would be complete without some great characters to boot? Xenoblade, once again, delivers in spades there. All of the game’s major characters get plenty of time to be fleshed out and developed adequately, with well thought out personalities and complex motivations unique to each one. It’s rare, and more than a little encouraging, to see a JRPG like this manage to create such a compelling cast of characters, and do so largely without falling back on tropes to make them stand out (looking at you, Xenoblade Chronicles 2). Interactions between characters can feel a bit forced at times, such as when certain individuals decide that being surrounded by a group of enemies is the best time to remind each other of the power of friendship, but besides those occasional moments the cast of Xenoblade is very well written and fun to be around.

So the story is excellent, but what about the actual gameplay? Like any RPG, Xenoblade revolves heavily around its combat system, which if you’re unfamiliar with it, is potentially most reminiscent of an MMO. After initiating a battle, characters in your party stand around and automatically attack the enemy you choose. The strategy within combat primarily involves positioning the character and picking when to use various “arts” to deal extra damage, induce status effects, heal/buff party members, and more. Dodging and the likes is all handled by RNG as well; you can’t easily move out of the way of attacks as the hitboxes and the animations of attacks are in a tenuous relationship at best. As combat systems go it’s certainly functional; it manages to be simple enough to grasp at the start while simultaneously possessing enough depth to remain engaging throughout. I never found myself particularly gripped by it, but it never becomes frustrating to deal with either. 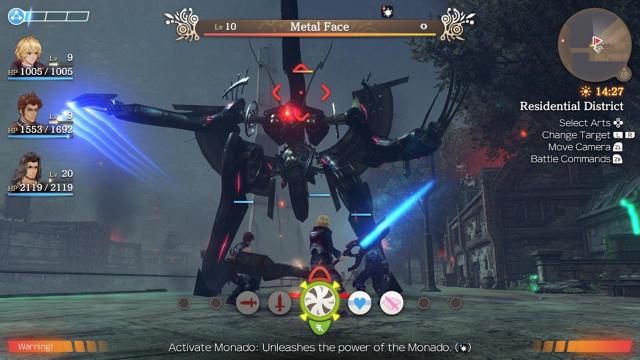 Outside of combat, though, the game does struggle a bit. Like most JRPGs, there isn’t much substance to movement or exploration outside of battle. Environments are certainly varied and pretty to look at, but navigating them can turn repetitive pretty quickly. They really only serve to connect one city area to the next while providing enemies to grind for levels if you so desire. This may not be a sticking point for some, but given the sheer amount of territory you traverse throughout the game, it would’ve been nice if maneuverability outside of combat had been given a bit more depth. As it stands, the only real challenge that the game can throw at you during the myriad of travel time is having to avoid the occasional ultra high level enemy that will aggro if it sees you.

Sidequests are another bit of a stumbling point. Throughout the various cities and fields you find yourself navigating, you’ll come across a number of individuals who would really like something done but are too lazy to go out and accomplish it themselves. These sidequests lack any of the narrative significance that buoys the main story, and almost always boil down to some stranger just asking you to kill a certain amount of pesky wildlife or collect a set number of items. After passing through the initial starting area, I found myself just ignoring these pretty much wholesale. Depending on how much you enjoy fetch quests, your mileage may vary. 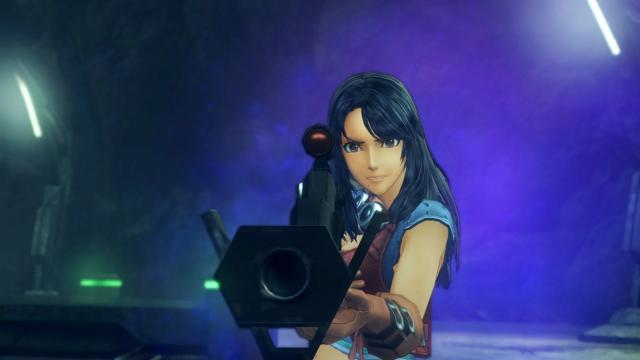 So far, all of this describes the original Xenoblade just as well as the Definitive Edition. So what does the Definitive Edition bring to the table? Quite a bit, actually. For starters, the game looks substantially better across the board. Most textures are redone and models have been updated with increased detail. Environments look notably better and characters express emotion far better than they did in the original. The uplift does make some of the clipping issues that the models have stick out a bit more, but on the whole it’s a notable upgrade. The soundtrack has been fully remastered as well, and is even more enjoyable to listen to than the original game’s superb OST.

On top of this, there’s additional content in the form of an extra epilogue unique to the Definitive Edition. Picking up a year after the end of the original game, the epilogue follows Shulk and Melia teaming up to try and find the lost city of Alcamoth. It adds roughly another ten hours of gameplay to the overall package, so you’re easily looking at a 100+ hour experience between the base game and this. Perhaps even better is that you can play it without having to beat the main game, meaning that Xenoblade veterans can jump into the new content without having to replay a 90 hour RPG first. 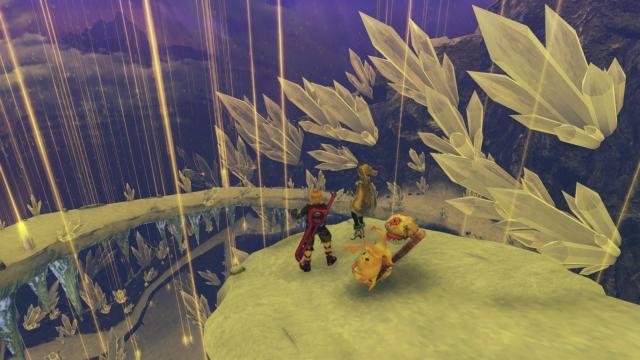 So is Xenoblade: Definitive Edition worth your money? $60 is certainly steep for a remastering, but given the new content and the work that went into updating the visuals and soundtrack, it’s very much worth your money if you enjoyed the game previously. If you didn’t play Xenoblade before, however, I’d base any recommendation on how much you enjoy JRPGs, because this isn’t a game that is likely to win you over if you’re not already a fan of the genre. The story is fantastic, but the gameplay will only appeal to a specific set of tastes. Anyone who does enjoy JRPGs, however, is highly encouraged to look here, as Xenoblade is one of the landmark titles in the genre over the past decade, and the Definitive Edition improves on it across the board.

This review is based on a digital copy of Xenoblade Chronicles: Definitive Edition for the NS, provided by the publisher.